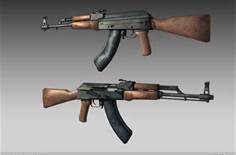 Just sitting there, many a lives lost in the battlw for our liberty

The cold, sinister, spine chilling bullets drenched in teh blood

of those English all of whom shared one common feeling the devilish, barbaric sense of fear

Chilly, freedom filled, it lay there only to add to the horror, the gun sights

Along the horizon of the murderous, black sea with salute of Gaddafi lay the congested ship

For the ones nobody spoke of, it was near, the excitement, the day

Throughout the once peaceful, loving country dorrs were shut, until the day

All I needed, a light from this endless dark cave, on the outside, lay our liberty

Filled until it could hold no more, with the command of big G venturing closer, a tanned ship

Covered from head to toe, the fields smothered with Irish and English blood

Their hands, only too gruesome, as covered with revenge thick blood

Our culture had been trashed like a shell in monstrous seas, they were determined for our liberty

With every child playing and car driving,  the shadowed men at the harbour unloaded the ship

By ballot or by gun our day

Will come, every dark alley, sinister heinous corner our greatest awe stood in a single sight

So hard, so daunting “Made in Libya” man innocent people crying through the gun sight

A day in dictatorship, sun soaring land was different, but the pain was the same until our day

Borth for the same cause, liberty

In trade with that lay the inestimable desert of fear

The police, the enemy, sectarians, the enemy, it was widespread, it was contagious it was fear

Around every corner, across the street, in the next building waiting for the caliber from its gun sight

Bloody sunday, engraved in our hearts, those tropps will parywith their blood

Adrian Hopkins, we put our hands up to he, his lock up t’wasn’t an ordinary day

No more guns, no more command, when will it come wear destined for our liberty

In front of the house of god, fourteen went to see him, was there any hope in retrieving our liberty

Their numbers soared, with a “BANG” or a small hole through a window, there lay a stain of blood

One minute there were pubs, shops, subways, the next there was none, only to addto the fear

Ms. Margret skimmed under the wire that day, yet nat all did, t’will not leave our sight

By air or by ship

It had come, not won, 30 years, many tragic losses, but it had come, it was our day

Just sitting there drenched in the fear-filled blood

Man a battlw forught for the day of our liberty

The very sight sends a chill down teh spines of many, like a ship entering a perpetual storm