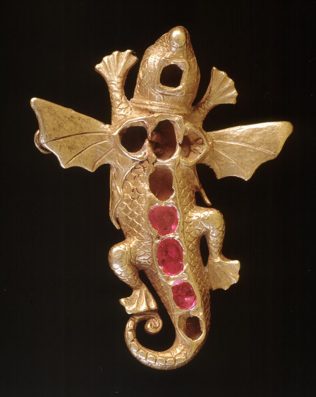 There was a fine fleet of Spanish ships.

It was called the Armada.

It was sent by King Philip II

And in it was the Girona

They had to retreat from the English ships

To Ireland where is was safe

But the storm sunk at least 26 ships,

They were off the coast of Antrim and not many escaped.

A Salamander Pendant made from rubies and gold,

was supposed to be lucky

to protect its owners from fiery flames

while he was out at sea.

But what that Spanish man did not know

Was that he wouldn’t need the Salamander

Because instead of fiery flames

A storm sunk the Girona.