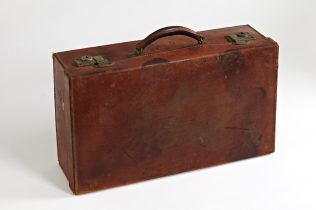 The only thing I remember was being dragged under the water when the ship sank…yes, everyone was running in panic.

Michael was very excited. It was his first time ever being on a ship.

Once we got on we handed the ticket over and sat down as we were running for the past half an hour to get to the ship,

April 11th. We reached our last stop in Queenstown as the ship was now full-

We went to meet some of the new passengers.

As they got on Michael saw one of his old friends he used to know that moved here.

They talked for a while I just watched all the people come past, it was soon night

and we went to sleep.

The next day, we got up from the bed Michael went to get his first meal, he left me behind, while he was gone I could see through a port hole on the ships wall, I saw could only water.

When he got back we didn’t do much, he read a book while I just looked at the view though the port hole.

April 13th, Michael decided to take a look around the ship, on the way we saw workers loading coal into the engines, we saw people cooking meals for the guests on board and then we saw the restaurant.

we went in to eat and sat down for a while, while Michael ate I was looking around the room exploring more, even though I couldn’t see much from where I was.

April 14th, this day was a quiet day we didn’t really do much until…at about 11:30 pm a man named Frederick said he saw an iceberg.

Everyone was panicking as they rushed to get to the top deck, once we got there Michael and I went to a life boat but they said we couldn’t be taken because only women and children were allowed on board.

We rushed to the end of the ship and decided to jump, first we waited for the ship to collide with the iceberg then we jumped as it was sinking as we wouldn’t have too far to fall,

Once we hit the water I was slowly sinking beneath the water waiting for someone to come to bring me to the surface but they didn’t and I sank down to the bottom of the ocean but as I was sinking I remember seeing writing on the side of the ship…yes, I think it said…