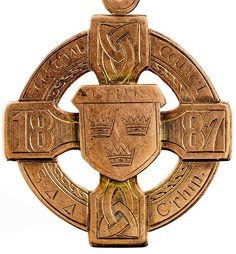 As Jim and Patrick took to the pitch,

The power in hurling was about to switch.

The crowd was full of excitement and laughter,

But one would be silenced not long after.

Stapleton led the men from Tipp,

Obeying his orders without even a slip.

Their opponents from Galway took to the field,

But they had no thoughts of coming to yield.

Lead by Larkin, a fiersome man,

Who did not realise it wouldn’t go to plan.

The final whistle blew, it was all over,

It was Tipp who had the luck of the clover,

Winning by four with a crowd that adore,

And the heart and spirit that came from their core.