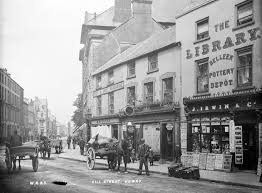 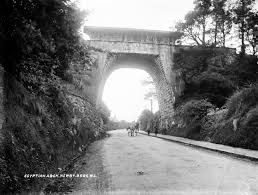 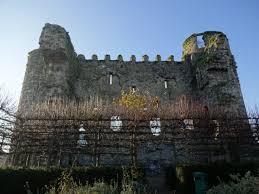 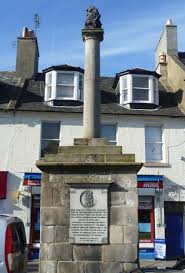 Maxwell contributed several accounts of battles among his twenty or more works.  There have been disputed references as to whether or not he actually participated in some of those reported.

There appears to be no information on young William Hamilton Maxwell except that he was born in Newry, Co. Down on 30th June 1792.

He studied at Trinity College, Dublin where he graduated with a B. A. during 1812.  [i]

As his desire to join the military was opposed by his family on leaving college, he travelled to the peninsula.  This enabled him to report on his adventures in articles etc.  Prior to a return home William Hamilton Maxwell occupied his leisure time with poetry, romantic novels, military histories, hunting or shooting. [ii]

Between 1829 & 1848 William Hamilton Maxwell produced historical studies, novels also accounts; they included a three-volume biography of the Duke of Wellington (that was described as “no rival among similar publications of the day’ )  [iii]

Dublin University Magazine reported of Maxwell that ‘If a brilliant fancy, a warm imagination, deep knowledge of the world, consummate insight into character, constitute a high order of intellectual gift, then he is no common man.  Uniting with the sparkling wit of his native country the caustic humours and dry sarcasms of the Scotch, with whom he is connected with the  strong ties of kindred, yet his pre – eminent characteristics is that sunshiney temperament which sparkles through every page of his writings.’ [vii]

In his notes Mc Kelvie Colin Bibliography of William Hamilton Maxwell 1976 vol. 3 no.1 (Irish Bookstore) stated that Maxwell wrote his first book O’ Hara or 1798 while at the Marquis of Sligo’s hunting lodge in Ballycroy, North Mayo. Mc Kelvie stated also that Maxwell’s history of the Irish rebellion was surprisingly free of partisanship; it contained accounts of 1798 also 1803 events from eye witnesses & participants. [viii]

Sutherland John called him ‘a rival for Lever also that Maxwell’s Dark Lady of Doona 1834 was a Gothic tale of seventeenth century Ireland; the vogue for bluff military adventures’ : http://www.ricorso.net/rx/az-data/index.htm

In Deane Seamus’s The Field Day Anthology of Irish Literature 1991  vol. II (pages 831-854) it was stated that Maxwell began to write ‘a kind of fiction in which rollicking narrative incorporated incidents of military life and harmless picaresque scenes’  : http://www.ricorso.net/rx/az-data/index.htm

Cleeve Brian & Brady Ann A Dictionary of Irish Writers 1985 (Lilliput Dublin) cites ‘Life of the Duke of Wellington 3 vols. History of the Rebellion in 1798 in 1845 Hints to a Soldier on Service 1845 1859, Erin-go-Bragh, or Irish Life Pictures 18592 vols. Several other works with novels listed above are listed at link: http://www.ricorso.net/rx/az-data/index.htm

Crone  J. S. Northern Whig 1906; also a pref. to the 1915 ed. of Sketches &c’s  ed. Earl of Dunraven, who called Maxwell ‘an intelligent Anglo-Irishman’ who tackles his subject ‘much as an explorer might visit a newly discovered savage island ’: http://www.ricorso.net/rx/az-data/index.htm

This quotation by is from Wild Sports of the West ‘I carried prejudices as unfair as they were unfavourable, found my estimate of their character false, for kindnesses were returned tenfold and the native outbreakings of Kilesion hospitality met me at every step.’ [x]