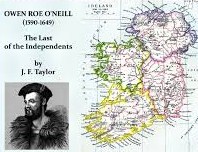 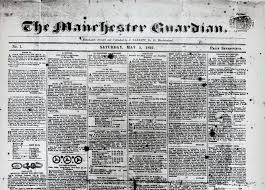 John Francis Taylor was an able advocate on all matters that pertained to Ireland.  He also encouraged study of the Irish language.

John Francis Taylor was born in Co. Mayo on 13th February 1853.  His pseudonym was ‘Ridgeway.’  He was a close friend of Alice Stopford Green. [i]

J. F. Taylor was employed as a barrister in Ireland during 1882.  He emigrated to England during 1890. His first position was QC then as King’s Council. [ii]

J. F. Taylor was the Dublin correspondent of The Manchester Guardian from 1887 to his demise during 1902. [iii]

J. F. Taylor’s contributions to various reviews earned him his place amongst eminent writers of his time.  He penned the Life of Owen Roe.  [iv]

J. F. Taylor attended numerous law society debates in Dublin.  He delivered his inaugural address on the Parliaments of Ireland  to the Young Ireland Society on January 29th 1886.  He repeated the celebrated speech to the TCD law society on 24th October 1901 with his encouragement of the Irish language.  An article appeared entitled The Irish Revival  in The Freeman’s Journal  25th October 1901 that stated J. F. Taylor concluded his speech with the following: ‘If Moses had listened to the councils of that learned professor he would never have come down from the mountain, his face glowing as a star, and bearing the tables of the law….’  [v]

During November 1924 W.B. Yeats along with Sylivia Beach made a recording of J. F. Taylor’s speech from the Aeolus episode of Ulysses.    Yeats claimed it was the only passage that could be lifted from the edition that was suitable.[vi]

James Francis Taylor joined the contemporary club in Dublin: a forum where various ideas were exchanged. The venue hosted debates on social, political also literary questions of the day during 1888.[vii].

His manuscripts & newspaper articles from The Manchester Guardian, The Pilot, United Irishmen also The Electric from the period 1887 to 1902 are held within the National Library in Dublin. [ix]

Douglas Hyde noted that ‘a lecture the best I have ever heard’  from J. F. Taylor on 20th November 1886. (Domnic Daly The young Douglas Hyde, the dawn of the Irish Revolution and Renaissance, 1874-1893)   Yeats W. B. reported that J. F. Taylor that ‘he knew nothing of poetry and painting though he seemed to know by heart whole plays of Shakespeare and all the most famous passages in Milton and was deeply read in 18th century literature.’  Yeats made numerous references to Taylor’s exceptional power as an orator he called him ‘Rifhear, a king of kings’  (page 86)  He also referenced Taylor several times in his The collected Works of Yeats vols 11, 1V, also V1.’   He stated his disapproval & quarrel with J. F. Taylor in his prefaces & introductions as ‘a poor regard for the blazing rhetoric of the Young Ireland Movements and its poetry’  from Thomas Davis anthology The Spirit of the Nation.  J. F Taylor is also referenced in The Yeats Reader a revised edition of a portable compendium of poetry &  drama. [x]

Mc Carthy Justin in The Irish Literature  at Washington University during 1904 gave extracts from the Life of Owen Roe O’Neill The Irish School of Oratory.    He noted it was ‘an intense and rhetorical advocacy of Catholic Celt.’   Tuohy Frank in The Yeats Illustrated Biography  reported that Yeats said of Taylor that he was ‘an obscure great orator.’    Ellman Richard in James Joyce 1959 reported on a speech by the patriotic barrister J. F. Taylor that he had the ‘style of our own Joyce at his best,’  that he had a ‘broadness of sympathy that the latter had yet to acquire.’   Ryan referenced J. F. Taylor Q.C. in The Irish Literary Revival  of 1894 that ‘He was regarded as a strong but independent personality and will deal with the stronger personality of Owen Roe for the New Irish Library  (page 53)  According to  O’ Donoghue Denis J. F. Taylor was ‘In the opinion of good judges the finest Irish orator of his time.’ [xi]

Roger Casement’s pamphlet  of The Language of the Outlaw  published between the years of 1903-1905 contained a version of J. F. Taylor’s speech that Yeats had used in writing the Aeolus  episode of Ulysses. [xii]

So Onose 2016 ‘a great future behind him’  John F. Taylor’s speech in Aeolus revisited: European Joyce Studies Brill  vol. 24 A Long the Krommerun: Selected Papers from the Utrecht James Joyce Symposium (pages 46-62)  This may be viewed or downloaded at this link. [xiii]

An extract from Travels through Time  in The Mayo News 24th February 1993 stated that ‘As can be seen J. F. Taylor is mentioned among illustrious novelists at Mayo’s Carnegie Library at the Courthouse in Castlebar, who invited applications for the establishment of Branch Libraries in various districts during 1928 as one of the intellectual giants of that time plus author of a standard life of ‘Owen Roe O ‘Neill.’  (NBC)