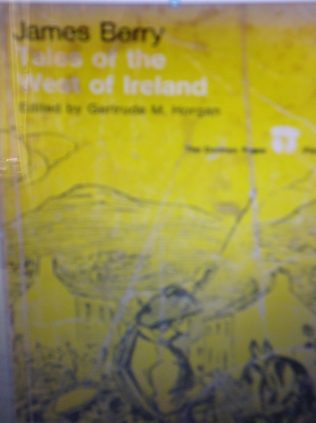 zoom
Original Edition of "Tales of the West Of Ireland" - The cover image is based on 'A Political meeting' by Jack B.Yeats
Author, Personal Collection 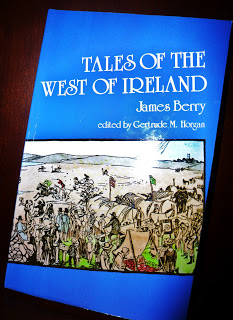 zoom
Latest Edition of "Tales of The West of Ireland"
https://pat-mcdermott.blogspot.ie 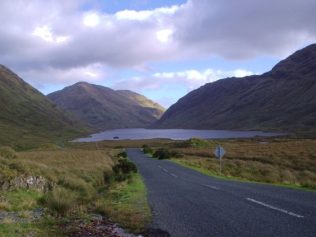 zoom
Doolough Fishery, many of James Berry's tales of Hardship & Famine are based in this area.
www.hirab.co.uk 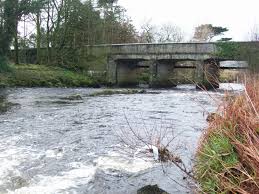 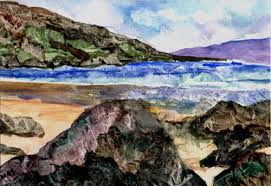 A Collection of Tales

A collection of tales that gives a great perspective of life, the tales are told via oral tradition and the historical events of the 19th and early 20th century West of Ireland. The narrative transports the reader into this world and evokes a bygone era of witches, druids, bailiffs, smugglers and packmen. In many cases the tales come from the peasant stock of Mayo and Galway. Told with intimate detail of the landscape, lost place names and people it is a journey from Westport to Carna and the onwards To the Worlds End.

James Berry was born in Bunowen, Louisburgh, County Mayo, in 1842. His parents were John Berry and Bridget O’Malley. He was educated in the local hedge schools and additional tuition was given by his uncle in his later studies, Father Ned O’Malley. It is no surprise then that his tales contain many references to the O’Malley clan and the western Owls of the O’ Malleys.  Many of the early recollections also centre around people and events during the Great Famine.

His Uncle Fr. Ned O’Malley (ordained in Salamanca) was first cousin to Archbishop McEvilly of Tuam, and became parish priest of Carna in Connemara, James visited him annually. On a visit there in his youth he met Sarah Green whom he would later marry. After his marriage to Sara, James settled in Carna, worked the farm and raised his family. They had 11 children.

‘’Their marriage was a life-long romance, and even in their old age, his greatest enjoyment was to sit with her at the fire side at night, reminiscing about Mayo and reading his favourite stories from the Bible, or singing, in his fine baritone voice, On the Deck of Patrick Lynch’s boat.’’ -Helena Berry.

Throughout his life he remained devoted to the art of storytelling and his native Mayo. Years later in an interview his daughter, Helena Berry recalled that he spent many nights by the fireside recording traditional tales in notebooks. The stories show the deep love he held for his people and his country. She recalled;

‘’In fact, everything he spoke of when we were children began and ended in Louisburgh, so that we began to think, there was no Mayo but Louisburgh! The villages around the parish, Bunowen, Shraugh, Doughmakeon, Furmoyle and Pulgloss are names I have never forgotten’’.

Towards the end of Berry’s life he recalled many of the tales from oral narration and these were published in the Mayo News in the years 1910-1913. The articles were reprinted in 1927. Central to the articles printed in the columns of the Mayo News were the stories he had heard in his youth, growing up in Mayo, like the tragedy at Doolough during the Famine. In a letter to the Mayo News dated 4th March 1911 a correspondent expressed the opinion of a vast majority of the readers of the articles entitled Recollections of My Early Boyhood as absorbing reading. The correspondent praised the genuine ring of sincerity in Mr Berry’s chronicles –

‘’one can see plainly that there is nothing faked in his reminiscences, and that he is dealing in a sympathetic, but yet scrupulously faithful manner with the romantic legends and traditions of West Mayo and Connemara’’

The letter writer concluded with the wish that Mr. Berry collect and publish his articles. It was some time later before this wish was fulfilled. While studying Anglo-Irish literature in Ireland in 1964-65, Gertrude M. Horgan of Aquinas College (Michigan) discovered the tales had been published in the Mayo News and set about collecting and editing these in a permanent form. Not all of the tales were available as some of the Mayo News archive was destroyed and others were sourced in the periodical collection at the British Museum. Berry was also protective of his work and his daughter recalled that shortly before his death he had instructed his wife to burn a collection of stories he was preparing for publication lest anyone alter the narrative. James Berry died following a short illness on the 4th of June 1914 and was buried in Mynish Graveyard, Carna, Co Galway.

Tales of the West of Ireland was published by Dolmen Press in 1966 under the guidance of Liam Miller.

Titles of the tales in the collection include.

The tales are essential reading for anyone who wishes to gain a greater insight into the rural Ireland in the nineteenth century.

The Mayo News republished Tales of the West-Recollections of my Early Boyhood’ during 1927.

There are several files in The Periodicals Collection in the British Museum. (Berry 1988 pages 7-9)

During 1967 a collection of his stories was published as Tales of the West of Ireland edited by Horgan M. Gertrude 1996 Dolmen Press Dublin