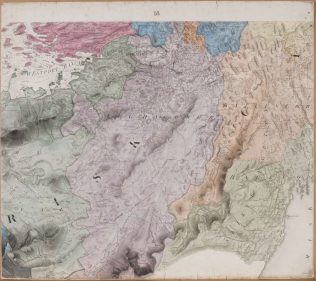 zoom
Map of the Maritime County of Mayo
https://www.logainm.ie/en/res/58 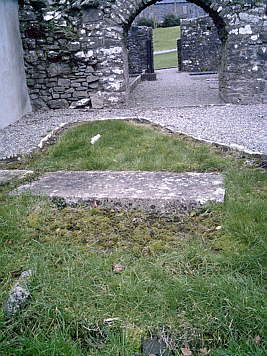 zoom
The Corratavey (or Irish) bridge This fine arch carries the main road between Cushendall and Ballycastle over the Corratavey burn. The bridge was built in 1834 by William Bald.
Cormac Duffin, wikipedia commons

In the early 1800’s Map Making was becoming an important tool for Landowners in the UK so that they could use these Maps to outline the boundaries and extent of their Estates, and collect taxes and dues from the tenants who were leasing same. It also facilitated development and planning of their Estates and how to use their lands effectively in order to have the best outcome in farming, property and ultimately profit. William Bald’s first task with John Anslie was to assist with these types of maps. He was obviously an excellent student and cartographer because at the age of 17 he started to map the Scottish Isles.

William Bald was born in Fife in Scotland approx. 1789. His early school days were spent in his birth village, Burntisland, Fife, until the age of 12 when he travelled to Edinburgh to enlist as an apprentice of John Anslie who was already a renowned Map Maker.[i]

When he was about 20 William moved to Ireland. He began to undertake many civil and engineering works and started to execute various maps in his roles as a land surveyor. Bald was also employed here as a civil engineer and a cartographer. He was a member of the Royal Irish Academy. He has been highly praised for his contribution to the planning of infrastructure in Ireland.

Bald lived in Castlebar, Co. Mayo and it is here that he performed the work that he is still famous for here in Ireland. He produced a 25 sheet Map of Co. Mayo when he was the Director of the Trigonometrical Survey of Co. Mayo.[ii]

Bald also worked for some years in France but returned to Ireland where he continued to advise on various projects e.g. Roads, railways, bridges etc., He is also attributed with the construction of a scenic coastal road on the shores of Antrim. Bald subsequently travelled from France to Scotland involving himself in various transportation/engineering project for those countries.

William married three times. He married his first wife, Ann in Scotland. Ann died while the family were living in Mayo and she is buried in Straide Abbey. William then married a lady called Matilda Barrett in Castlebar, a daughter of Dr Barrett from Ballina. Finally he married a Margaret McGreevey, (daughter of Francis McGreevey in Castlebar in 1842.

This scholarship is awarded to Student Engineers in Northern Ireland, since 2009, to support young students who wish to excel in the field of Engineering, in recognition of Bald’s contribution to the area.[iii]

William Bald died in London in 1857, he is buried in Highgate Cemetery in London.

William Balds Map of Mayo can be viewed in

Map of the Maritime County of Mayo