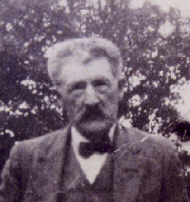 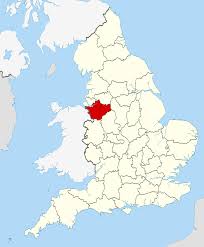 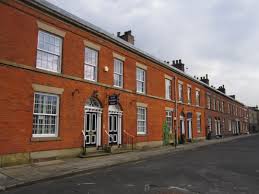 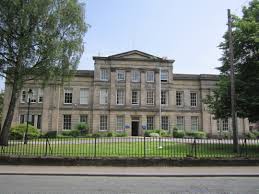 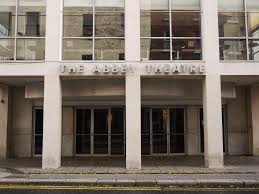 This man was a complicated & enigmatic figure  (a man before his time) who was frequently involved in political or ecclesiastical controversies also various court cases.  His legacy is remembered in Aghamore.  He was a self-proclaimed Unionist from 1907.

Patrick Dermot Kenny was born in Lismagansion, Aghamore, Co. Mayo during 1862.  His mother was Mary nee Doyle, (Her demise occurred on 30th January 1898 aged 70 years) & his father was Patrick.  He had five siblings. [i]

With assistance from Michael Davitt also others his education continued.  P. D. Kenny presided at a Land League meeting in Bury following another meeting with Davitt.  He later  entered Manchester University to study political economy for three years.  Following his parents demise he returned to Aghamore Co. Mayo to continue the farming business.  He then immersed himself in the scientific methods of both agriculture & horticulture whilst he continued to write. [iii]

He knew a little Irish but claimed he had received just one year’s formal education at the local national school in Aghamore. [v]

During 1882 he emigrated to England as a labourer.  In Lancashire he acted as spokesman for a group of migrants. [vii]

He was employed as a labourer in the Cheshire district. [ix]

He was employed as a commercial traveller. [x]

P. D. Kenny’s early journalistic articles to certain newspapers are now out of print. The Newcastle Daily Chronicle July 13th 1864-29th July 1922 continued on as Newcastle Daily Chronicle, North Mail from 1922 until March 1923.  In Glasgow P. D. Kenny worked for The Newcastle Daily.   He moved to Brighton to become a literary critic for The Sunday Review.   He met the young journalist Winston Churchill whilst working at The Morning Post.  He collaborated with Long Walter on articles about Ireland for The Saturday Review.   P. D. Kenny contributed to The Leader  from 1902-1905.   He was a regular contributor to The London Outlook from 1911-1914.  He also contributed articles to The English Review from 1927-1931. [xii]

P. D. Kenny moved to London as a journalist. He also acted as a theatre critic. In Ireland from 1910 his original principal London journalistic outlet had been The Outlook an unionist weekly owned by the Guinness family. [xiii]

P. D. Kenny lived in Brighton when his father died in debt in 1901.    Kenny used his savings to clear the debts then purchase the fee-simple of his father’s property.  He left the house to a brother & his family: before divisions arose.  Then he lived in a tent for two years while he surveyed the farm.  P. D. Kenny decided to raise money for improvements for the property through journalism.  He became one of the most controversial commentators in Edwardian Ireland. [xiv]

P. D. Kenny co-edited The Weekly Nationalist  during 1905 with T. M. Kettle & Francis Sheehy-Skeffington. He obtained the position of editor for a year (1896 / 1897) of The Newcastle Daily.   In December 1905 he was replaced as editor by W. P. Ryan (qv) but he continued to contribute a column Patriana.   Kenny’s views also hastened the collapse of The Nationalist  (1905 / 6)  a weekly founded by Tom Kettle (qv) with Kenny on its editorial staff. [xv]

During 1896  Kenny  penned How to Stop Strikes 1894 (J. Hayward Manchester)  During 1903 he published Connaught Ranging 1. How We Drink 11. How We Think  then he produced Economics for Ireland 1904 (Maunsel Dublin)   The Official Philosophy; A Criticism of Co –  Operation in Ireland  during 1905 (Navan)   During 1907 he published The Sorrows of Ireland then My Little Farm in 1915 (both by Maunsel Dublin) also The Irish Peasant  in 1904 with the Handbook for Unionist Candidates  during 1909.  His Five years of Irish Freedom’ was published in 1926.   His last known article was written for Ireland Today in March 1937: he attributed the decline of the Abbey Theatre to ‘neo-druidic despotism.’  [xvii]

During 1896 the Manchester Statistical Society published his booklet How to stop strikes.   In 1903 he published a pamphlet Connaught ranging: I How we drink: II How we think.  Between 1902 & 1905 P. D. Kenny contributed to The Leader (the Journal of D. P. Moran), under his characteristic pseudonym ‘Pat’  when he presented himself as a plain, utilitarian Irishman. The Dominican Irish Rosary  serialized his Economics for Irishmen  that glorified work ethic.  Following 1907  he announced his conversion to Unionism.   He contributed to The London Saturday Review.   Several of those articles were collected as The Sorrows of Ireland  in  1907.   P. D. Kenny cooperated with Long  Walter (qv) on the Irish chapter of The Saturday Review a handbook for Unionist candidates during 1909.  In 1910 he reported on political events in Mayo for London Tory papers.  He praised Conor O’Kelly, a Mayo Home Rule MP who clashed with the party leadership also the local clergy.  [xviii]

In Ireland P. D. Kenny chaired a debate on J. M. Synge’s play Playboy of the Western World  in the Abbey Theatre in Dublin during the January 1907 riots at the request of W.B. Yeats & Lady Gregory.  On hearing of their decision to appoint him as chairman he was most surprised: as he felt that he was ‘surly the most unpopular man in all Ireland.’  [xix]

P. D. Kenny attended the opening night during 1907 of  Synge‘s (qv) Playboy of the Western World.   He defended the play as an accurate representation of the frustrations of Connacht life.  He chaired a debate about the play in the Abbey. [xx]

During 1928 P. D. Kenny stood for Mayo County Council.  He received a derisory vote but established a ‘Land League ‘  in November 1929;  it had about twenty activists & they held several meetings also its programme combined several of his preoccupations (such as education) with rural complaints about taxation also calls for Local Government.  During January 1931 P. D. Kenny was its Dáil Candidate, (but it split then disappeared soon afterward.)  [xxii]

His house burned down during 1930: he lost his library which he valued at four hundred & fifty pounds.  His last years were spent in poverty as a recluse on his  farm, [xxiii]

P. D. Kenny’s philosophy may have been freedom of thought or expression when he penned these thoughts ‘Given freedom, character follows; given character, progress follows, given progress, the greatness of Ireland follows.’   In his publication My Little Farm  he stated the following; ‘after fifteen years in the strand writing, writing, writing, I had produced little or nothing for more than a day’s notice, though feeling that I could do something better. I wanted to write, really, in books, what I thought, instead of writing in newspapers, what other people pretended to think.’  [xxiv]

P. D. Kenny’s occurred of a heart attack in 1944.  He is buried in Aghamore cemetery in Co. Mayo.  A cross was erected on the side road where he died.  His grand-nephew Tim Duffy gave an oration on Kenny’s contribution to the literary world.  He unveiled a memorial at the graveside on October 24th 1993. [xxv]

The Kenny / Naughton Society was established during 1993 then it was re-structured in 2001. [xxvii]

This Kenny / Naughton Society was established during 1993.  Then restructured in 2001.  The main aim was to celebrate the achievements of P. D. Kenny & Bill Naughton at the Kenny / Naughton Autumn School.  It commemorates the lives, works & times of two very distinguished Irish writers from the Aghamore area.  The Autumn school is organized by a dedicated group of men & women for whom the exercise is a labour of love.  The Kenny / Naughton Society fosters friendship, discussion also debates among its members.  They encourage member participation in a whole range of activities. [xxviii]

Kenny was referenced in various articles including Maurne Patrick Q U B July 2004 Between Fleet Street and Mayo; P.D. Kenny and the Culture wars of Edwardian Ireland. [xxxii]

Maume Patrick stated that ‘He also began a lifelong habit of litigation over minor local disputes; his vanity, provocative rhetoric, neat dress, and anglicised accent made him a local ‘character.’   Maume Patrick’s 1997 Between Mayo and Fleet Street: P. D. Kenny and the cultural Controversies of Edwardian Ireland.  (an unpublished paper, delivered at BAIS Conference, Salford.)  [xxxvi]

P. D. Kenny is referenced in an article at this link: http://www.odonohoearchive.com/poff-barrett-the-p-d-kenny-affair/

O’Donnell Frank Hugh 1908 Paraguay on Shannon: the price of a political priesthood.

Kenny Adrian The life and works of P. D. Kenny