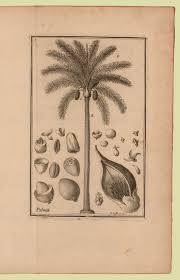 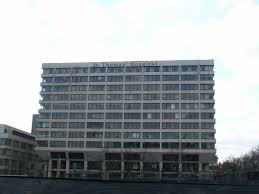 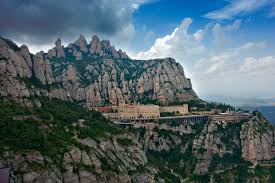 Dr. Patrick Browne worked as a medical doctor at St. Thomas’s Hospital in London.  This adventurer had some of his work published in the Latin, English also Irish language.

Patrick Browne was born at Woodstock, near Ballindine, Co. Mayo during 1720, the fourth son of Edward Browne.  No portrait exists of Patrick Browne; a word-picture reported that ‘The doctor is a tall comely man, of good address and gentle manners, naturally cheerful, very temperate and in general health.’  (R. O. 1796) During 1737 he was sent to stay with relatives aged sixteen years in Antigua but due to ill health he was forced to return to Europe.  With his parents approval he ‘applied himself to the study of physic and was partial to the science of Botany.’  (R. O. 1793)   Patrick Brown studied medicine at Paris also at Reims University where he obtained a degree on 1st December 1742.  He continued to study at Leiden University until 21st February 1743.  He was married between 1757 & 1765.  [i]

He worked as physician at St. Thomas’s Hospital, London for two years prior to travelling to West Indies.  Dr. Patrick Brown collected samples of the flora &  fauna on the islands prior to working as a physician at Kingston in Jamaica by 1746.  He used his botanical knowledge of several plants for use in his medical treatments.  He visited the Caribbean, Barbados, Montserrat, Antigua also St. Kitts in the West- Indies.  He resided at Christiansted St Croix; during 1763 he acquired a one hundred & fifty acre sugar plantation near Mount Eagle.  [ii]

Patrick Browne published a map of Jamaica in London during 1755.  During the following year his major work was published the Civil and Natural History of Jamaica 1756 (Printed for and sold by T. Osborne & J. Shipton in Gray’s Inn) it contained one hundred & four new names for genera, it was illustrated by the botanic artist George Dionysius Ehret. [iii]

In this tome he recorded that ‘The forbidden fruit or smaller shaddock tree can be cultivated in most parts of the country; actually on the south side, where that are observed to thrive best.  Also that they are very successfully administered and one of the most effectual medicines that can be used.’ (page 109)  [iv]

With regard to one of the genera, Sarcomphalus ‘a tall tree with blackish – brown hard wood,’ Browne penned the flowers were ‘quite accurately described, selected, from a fresh specimen at foot of the tree.’  The plant he named ‘Comina‘ (page 205) he ‘described the characters exactly as I have observed them in fresh specimens: he added that the floral parts were ‘very small, and not easily observed, even by the help of glasses.’ [v]

He had retired from his medical practice in 1764 by September 7th 1770 when he was living in Dublin. (letter to Linnaeus page 9)  He returned to Mayo where his publication Catalogues of the Birds and Fishes of Ireland  appeared in Exshaw’s Magazine in 1788.  His Fasciculus Plantarum Hiberniae was published in Latin, English & Irish.  Patrick Browne corresponded with His Royal Highness, George William Frederick, the Prince of Wales re. the matter of ‘The Civil and Natural State of a Colony.’   During 1793 R.O. reported that Browne was a competent astronomer also mathematician: https://www.huntbotanical.org/admin/uploads/02hibd-huntia-11-1-pp5-16.pdf

The demise occurred of  Patrick Brown at Rushbrook Co. Mayo on 29th August 1790 aged seventy years.  He is buried in Clonboyne, Claremorris. [vi]

He corresponded with Carl Linnaeus who stated of Browne  ‘You ought to be honoured with a Golden Statue’  also that Brown’s publication impressed him; he told Peter Collinson that ‘No author did I ever quit more instructed.’   Botanist Nicolaus Joseph von Jacquin (1727-1817) ­  honoured P. Browne by coining the generic name Browne (Fabaceae).  On the 1st December 1795 Aylmer Bourke Lambert (1761-1842) delivered an encomrum of Patrick Browne’s to the recently established Linnean Society.  During 1792 R.O.’s lengthy biographical notice of P.  Browne was published in Anthologia Hibernaia.  A number of other tropical plant species bears his name as a specific epithet. (Nelson 1995)  [vii]

Patrick Browne was referenced in several publications The Journal of botanical history (vols 3) by Huntia may be of interest; contents; (1)  Nelson E. Charles Patrick Browne (ca 1720-1790), Irish physician, historian and Caribbean botanist: A brief biography with an account of his lost medical dissertations.  A brief account of the Sulpher of Sulphurarium of Monserrat, West Indies’ is included by Dr. Richard Howards Harvard University in Monserrat, West Indies: A Chronological History (Monserrat National Trust 1899)  [viii]

The History of Jamaica by  Gardner William James [x]

The Dictionary of British and Irish Taxidermy  by Swainson William. [xi]