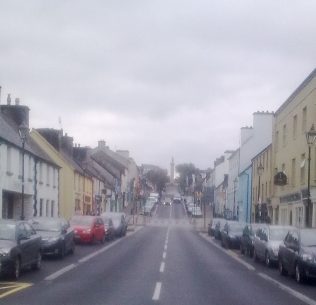 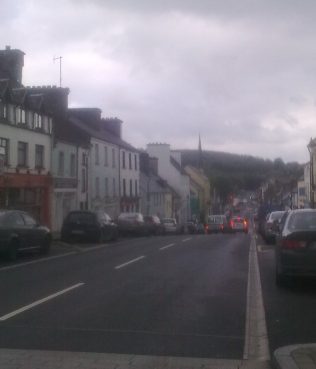 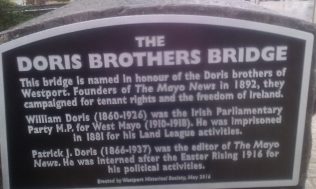 This accomplished linguist, historian & author spent over forty years as a solicitor.  He travelled worldwide that added to his enjoyment of various languages.

Patrick Shanley received his early education at the Christian Brothers School on Castlebar Street in the Westport.  He attended St. Vincent’s College Dublin.  Then progressed to the National University, Dublin.

Patrick Shanley qualified as a solicitor during 1936 initially he practiced in Dublin in partnership with William Walsh.

He returned to Westport during 1947 when he established a practice Patrick Shanley & Sons Ltd. on James Street where he practiced for many years.

Patrick Shanley had an interest in languages.  He was fluent both in German & Russian.  He perused editions of those newspapers weekly: then passed them on to other interested parties.

He travelled extensively even on the Trans-Siberian Express.  These trips to various countries added greatly to his enjoyment of using his linguist talents.  Patrick Shanley was a noted historian throughout his life.

Fine Gael was very close to Patrick Shanley’s heart: he was a tireless worker at local level.  He was selected to the Board of Mayo Vocational Committee.  He was a committee member of the Holy Trinity Church Westport restoration fund.

Patrick Shanley was a politician in the old sense of the word.  He was an historian, a linguist but above all a lawyer.

Patrick Shanley’s demise occurred in Westport.  He is buried at Aughavale cemetery.

The Story Told by a Russian Priest Cathair na Mart Historical Journal 1997  no. 17.

Have wonderful memories of Paddy as he visited my father with his foreign newspapers. Those visits  also included long enjoyable, interesting conversations.  He always had time to converse! (NBC)