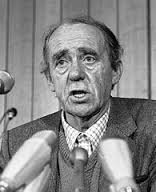 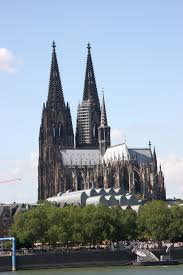 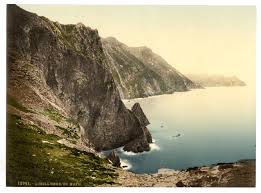 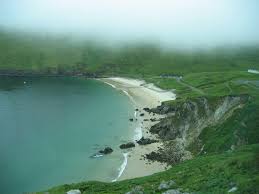 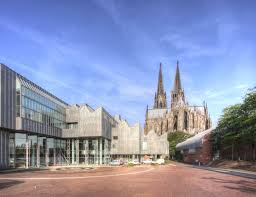 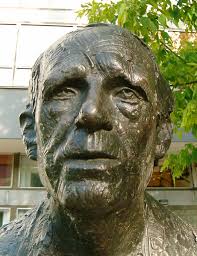 This man has been called the ‘Conscience of the German Nation’  as he advocated the individual’s rights also a return to Christian values.  He has been classed as a literary spokesman for the disadvantaged.  As an active supporter of writers of repressed regimes: Heinrich Böll was the first to host Alexander Solzhenitsyn following his expulsion from Germany during 1974.  His iconic novels captured the changing psychology of the German nation. [i]

Heinrich Theodor Böll was the sixth son of  master wood carver Victor Böll & mother Maria. He was born in Cologne Germany on 21st December 1917 to a Catholic family who opposed the rise of Nazism.  In his youth he refused to join the Hitler Youth. [ii]

‘I was born December 21, 1917 in Cologne, on the Rhine, the son of the sculptor and cabinet-maker, Viktor Böll, and his wife, Maria, née Hermanns.  [iii]

He attended Koln-Raderthal elementary school from 1924 to 1928,.  He studied at Wilhelm Classical secondary school in Cologne from 1928 to 1937.  During the summer term of 1939 Heinrich Böll commenced studies in Germanics & Classical philogy.  [iv]

He was admitted to the University of Cologne during 1939: https://www.britannica.com/biography/Heinrich-Boll

‘Between 1924 and 1928 I attended elementary school in Köln Raderthal, and from 1928 to 1937, the state-run Kaiser-Wilhelm classical secondary school in Cologne.’  [vi]