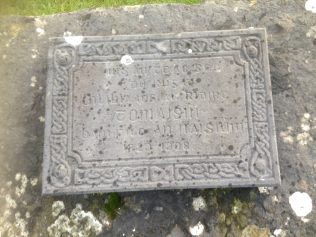 zoom
Plaque in Memory of Olivia Knight, taken from her family home before it was destroyed
Author, personal photograph 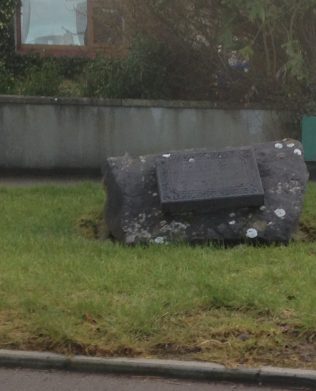 Olivia Knight wrote under the pseudoym “Thomasine” and was known for her contributions, translations, essays and nationalist writings. She also wrote many Ballads and was a Poet.

Olivia Mary Knight was born in 1829 in Castlebar to Simon Knight at “Ivy House, Rathbawn Road. Her father died young and her mother, not being in good health herself struggled to bring up Olivia and her brother, Arthur. Arthur is listed on Griffiths Valuation, circa 1850’s in Castlebar in Tucker Street. Olivia studied teaching in Dublin and gaining work in a private teaching practice, she contributed much needed funds to her family.  [i]

The Nationalist and Other Articles

Many of Olivia’s contributions to the newspaper indicated her nationalistic sympathies. She was a supporter of one of the papers founders, Thomas Davis and perhaps this is the reason for her adapting “Thomasine” as her pen-name on her writings. [ii]

Wild Flowers from the Wayside

This was the title given to Olivia’s book of Poems. Sir Charles Gavin Duffy wrote the introduction on this publication. [iii]

Following their mother’s death circa 1860’s Olivia and Robert emigrated to Australia. On the ship Olivia met her future husband, Thomas Hope Connolly who was also a writer. The couple married on 14th January 1869 and lived in Bunderburg in Queensland. Olivia continued her profession as a Teacher and continued her writings there.[iv]

Olivia’s crosses were many as her only brother that had emigrated with her died just a few years after their arrival in Australia. She also lost her husband prematurely.

A plaque was placed in honour of Olivia on the house she was born in Castlebar. However in 1986 this was removed due to construction of a new housing estate. The Plaque bears the following inscription……

Knight’s Park is now named in her honour and her comemmeration plaque stands nearby.