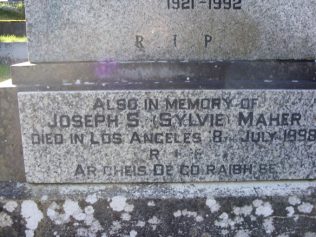 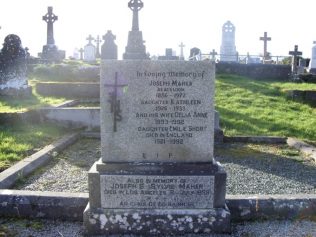 Emigration to the US

Joseph emigrated to Canada in 1956 at the age of 22, where he worked in the oil industry and also as a barman. He joined a Canadian theatre group and in 1959 he played his first part in film in the ‘Taming of the Shrew’.  Joseph travelled to the US 1962, and soon began to appear on Broadway and in major movies. He often played authoritative figures, for example Doctors, Clergy, Police inspector etc.

Joseph appeared in 43 films, some of the most well-known are ‘The Prime of Miss Jean Brodie,’ ‘American Buffalo,’ ’84 Charing Cross Road,’ ‘What the Butler Saw,’ Mars Attacks!, ‘Sister Act,’ ‘My Stepmother Is an Alien’, ‘Heaven Can Wait’ etc

He was nominated for three Tony awards in 1979 for supporting actor in ‘Spokesong’. He was also a recipient of the Drama Desk award, this being an award in recognition of his participation in supporting roles in Theatre.[ii]

Joseph died in Los Angeles, California in 1998 at the age of 64 when he suffered a brain tumor. His remains were brought home to Mayo and he was laid to rest in Aughavale Cemetery, just outside Westport.