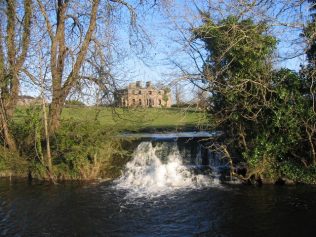 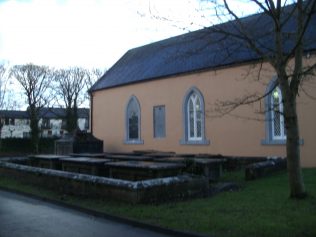 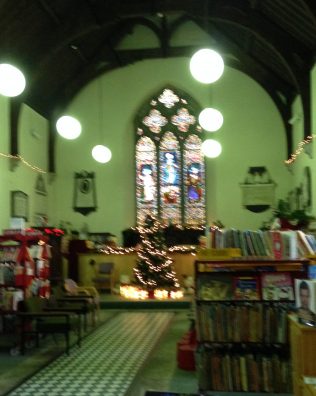 Hubert Thomas Knox was born in 1845 to Charles Knox and Lady Louisa Browne, the former was Col. in the North Mayo Militia and also the High Sherriff of Mayo. Hubert had two brothers, Charles and James and one sister Philippa. The Knox family were of Scottish Landed Gentry who originally came to Donegal. Some of this this family also owned property in North Mayo. [i]

Hubert’s family lived in Cranmore House which is now in ruins and is situated in Ballinrobe Town. [ii] The town-gate entrance and lodge can still be seen at the junction in Bowgate Street, and the ruins of the house can be viewed from the River Walk in the town. This originally manificent house was built by Alexander Glendenning Lambert in 1835 when he rented the land from the Knox family, in the 1850’s the Knox family moved into the house until the 1920’s when it was bought by the Daly’s.[iii]

Knox studied Law in the Kings Inn’s in 1863-68. He was a member of the Imperial Civil Service, a British organisation for Gentry, who had studied Indian law and its institutions, prior to attending examinations and interview for this much sought after appointment. The British Civil Service ruled at one time in India when it was part of the British Empire. Its members were mostly well educated sons of the British higher class.  There was a rebellion in 1857 to overthrow the British Rule but this was unsuccessfull. Knox lived in Niligris for some time, many British lived there as the environs were very familiar to the English countryside. [iv]

Royal Society of Antiquaries of Ireland

Knox joined the Royal Society of Antiquaries of Ireland and was made a fellow of same. Knox subscribed many interesting historical articles on Mayo to their journals and they can be read on the society’s website. [v]

Knox wrote several historical books but the most famous of these is the “History Of Mayo”. Written in 1908. This book documents the History of the County from Ancient times to early 16th Century. [vi]

The book deals with the early inhabitants of Mayo, during the prehistoric, and following eras  and outlines the archalogical evidence that remains e.g. Tombs, Monasteries, Ruins etc., It covers the arrival of the Celts, the chief families being O’Malley’s O’Dowd’s O’Lachtnain, etc., the  Fianna, the arrival of St Patrick to Aughagower to spread Christianity. The Norman invasion circa 1200’s brought many famous Clans to reside in the county, etc., De Burgh, Joyce, Prendergast, Gibbons, Stanton, etc.,

The 16th century heralded the arrival of Cromwell and the Anglo-Irish Landlordism, which impoverished the Irish Tenant Class. The 1798 Rebellion which was played out in Mayo did not improve the situation of the Irish, and the county would suffer further with subsequent famine disease. The 19th Century saw many changes with the emergence of the Land League and Home Rule. This was the great period of change in which Knox wrote his famous book. [vii]

The family tombs of the Knox and the Cuffe family (Cuffe’s were grandparents of Hubert) are adjacent to the Church of Ireland which has now been converted to a library. The interior of this library still retains many of the family plaques and the Altar/Gallery/Reading Stool which were erected in the past.

Some other  books written by Knox are as follows.

:The Journal of the Royal Society of Antiquaries of Ireland

: Notes on the Early History of the Diocese of Tuam, Killala and Achonry, 1904