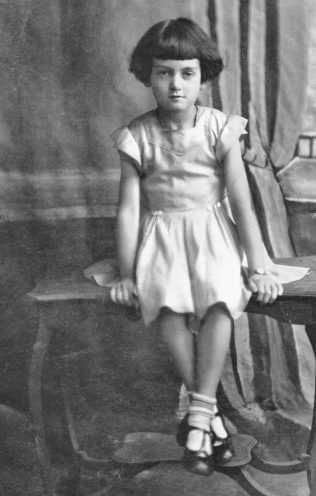 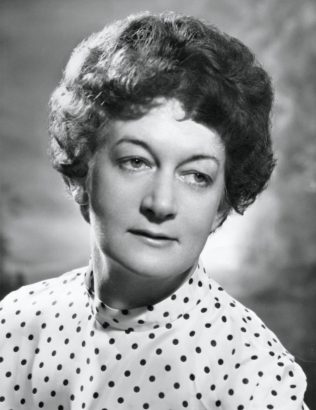 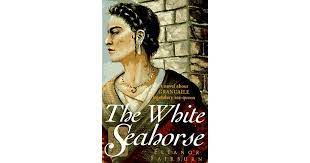 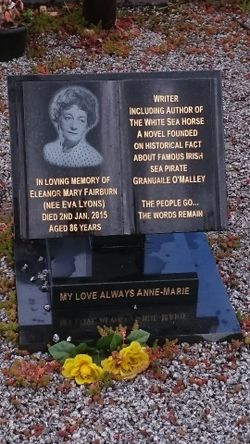 Eva Lyons was known as Eleanor Fairburn throughout the literary world as an esteemed author with various publications penned under pseudonyms.

The only child of Mary (May) and Michael Lyons, Eva was born at Westport Quay on February 23, 1928.   In spite of the death of her mother when she was only three, Eva’s early childhood was filled with love and laughter from her grandparents and close relatives who adored her. [i]

Aged eight, Eva went to boarding school at the St Louis Convent at Balla where she flourished,  leaving at 17 with outstanding grades in her final exams.[ii]

She trained in Dublin for an initial career in fashion design.  This was followed by working as a hospital and doctor’s receptionist.  She pursued her love of writing articles & stories for newspapers also these supplemented her income.  Her creative talents enabled her to produce knitwear designs for Vogue & Harper’s Bazaar.  Then began her career as a novelist in earnest.[iii]

She married Brian Fairburn who was an analytical chemist for ICI.  They moved to North Yorkshire with a young daughter Anne-Marie: (‘Eva knew that what she really wanted to do was write.) [iv]

Eva Lyons left Ireland for a place near the Welsh Marches in the United Kingdom as she read Welsh literature while she met up with Welsh people.  She moved to Yorkshire with her husband Brian Fairburn and her daughter Anne–Marie. (NBC) [v]

Immersing herself in the Middle Ages, she achieved the publication of her first novel, ‘The Green Popinjays’ during 1962.  Published in 1964, her second book, ‘The White Seahorse’, about the infamous pirate Queen, Grace O’Malley, was such a well-researched novel about a particular period of Irish history that it became a reference book in Irish schools.  In all, Eva wrote some 25 books.  The majority represented historical fiction, although she also wrote several crime thrillers under various pseudonyms.[vi]

She had significant success, including winning the prestigious ‘Author of the Year’ award and earning a reputation as ‘the author’s author’ because her work was always so meticulously researched.[viii]

In the mid-1990s Eva was diagnosed with primary, non-remitting MS, though she continued to live a full and fulfilled life in spite of her reduced mobility.  A diagnosis of inoperable breast cancer in 2012 was a further blow, but with support from Anne-Marie and a dedicated team of carers, Eva was able to stay happily in her own home until late last year.[ix]

Eva also tutored a course in ‘practical writing’ for the University of Leeds for some ten years, and was a founding, active member of Middlesbrough’s Writers’ Group.  She designed wallpaper, painted watercolours and gardened – most notably transforming an unkempt patch of land at her Middlesbrough home into a cottage garden worthy of Homes and Gardens Magazine.  She knew the Latin names of every plant – putting her convent-school Latin to good use.[x]

Brian’s sudden death in 2011 was a huge shock and subsequently Eva moved to a house in Norwich opposite her daughter’s, where she was content to listen to BBC Radio 4, read, and enjoy visits from family and friends.[xi]

Eva Lyons (Eleanor Mary Fairburn) died peacefully in the Priscilla Bacon Hospice in Norwich, England, on January 2 2015 at the age of 86.  Eva was survived by her daughter Anne-Marie and step – siblings  Carmel Gallagher (nee Lyons), James (Jim) Lyons and Marie Therese Rice (nee ‘Fiona’ Lyons),(née ‘Fiona’ Lyons),all formerly of North Mall, Westport.  In accordance with her wishes, Eva’s body was cremated in a simple ceremony in Norwich on Friday, January 30, 2016.  A full funeral service for her ashes was held at St Mary’s Catholic Church in Westport on Monday, February 23, on what would have been Eva’s eighty-seventh birthday, followed by interment in the Clarke family grave at Aughavale Cemetery.  Her remaining first cousins living in Westport (at that time were) Liam Lyons, Eddie Lyons, Aiden Clarke, Kiaran Clarke and Francis Clarke; also Justin Clarke in Castlebar and her first cousin Jim Lyons living in Ennis.Fr Patrick Lyons OSB, her first cousin travelled to Westport from Glenstal Abbey to say the Mass before the placement of her ashes in her mother’s grave on Monday, February 23.(Alterations to paragraph by NBC) [xii]

Eleanor Fairburn died peacefully in Norwich on 2nd January, 2015 at the age of eighty – six years of age.  (NBC) [xiii]

The above Biography was compiled by Eva’s daughter Anne-Marie:  Gratitude is extended to Eva’s cousin Aiden Clarke for his assistance also  photographs.

Eva Lyon’s Grave image may be viewed at this link: https://www.findagrave.com/memorial/226497531/eva-fairburn

According to this site Fairburn Eleanor M. 1928-2015 NAL1982 is listed on this PDF. She also produced fiction as: Catherine Carfax; Emma Gayle; Elena Lyons; Anne Neville:https://www.reading.ac.uk/web/files/library/LocationRegisterNameAuthorityListnew.pdf

An Irish Historical Novelist Eleanor Fairburn wrote about strong – willed women from the Middle Ages and the Renaissance.  Her other subjects included Lady Lucia de Thweng from ‘The Green Popinjays’, Anne of Brittany, in ‘Crowned Ermine’ Cecily, Duchess of York in a series that covered the Wars of the Roses: ‘The Rose in Spring’, ‘White Rose, Dark Summer’, The Rose at Harvest End’ also ‘ Winter’s Rose’ plus her Grace O‘Malley saga with ‘The White Seahorse’ in her introduction to Nesta’s story in ‘The Golden Hive’  Fairburn penned that: ‘This book is a weaving together of fact, probability, possibility, and fiction.’  She also wrote mysteries as Catherine Carfax. (NBC) (Sarah Johnson 13th February 2010)  [xiv]

On this site one may view several titles penned by Eleanor Fairburn: https://www.librarything.com/author/fairburneleanor

This site states that a Rare Irish book is for sale:https://www.adverts.ie/fiction/rare-1st-edition-irish-book-the-white-seahorse-1964/14580589

This site has a short biography plus image of Eleanor Fairburn: https://www.amazon.co.uk/White-Seahorse-Eleanor-Fairburn/dp/0863274560

A Kindle edition of ‘The White Seahorse’ published by the Fairburn Estate 4th November 2021 is available from this link:https://www.amazon.com/White-Seahorse-Eleanor-Fairburn-ebook/dp/B09L4WQ5JQ

This site has an signed copy of the ‘The Green Popinjays’ 1962 First edition Hodder & Stoughton for sale:https://www.thenookyamba.com/books/green-popinjays-signed-eleanor-fairburn/

Above Footnotes assessed by Noelene Beckett Crowe on 9th February 2022.

Eva was a gentle person, with a deep, sincere interest in other people, and was always very appreciative of people’s time and generosity.  Eva was a practicing Catholic all her life and was always supportive of people less fortunate than herself.  Despite having no further children of her own, Eva continued to ‘collect’ young people, mentoring them in their school studies or guiding them on their career paths or just acting as their substitute grandmother.  She was reunited with her much-loved step-siblings Carmel and Jim in their late teens when they each came to do a year’s placement in Middlesbrough whilst training as a nurse and doctor respectively, and she always kept in close touch with Fiona, whom she adored.  ‘She designed wallpaper, painted watercolours and gardened,  (most notably she transformed an unkempt patch of land at her Middlesbrough home into a cottage garden worthy of Homes and Gardens Magazine. She knew the Latin names of every plant – putting her convent-school Latin to good use.’ (Tributes by her daughter Anne- Marie Miller ‘The Mayo News’ 3rd February 2015) [xv]