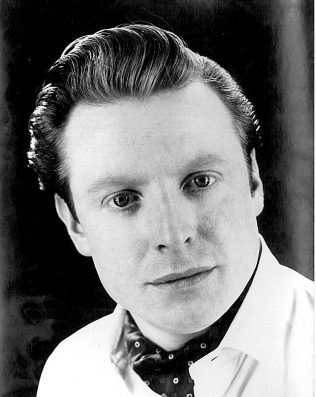 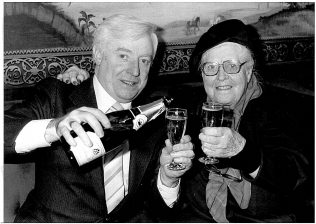 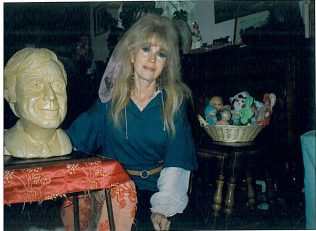 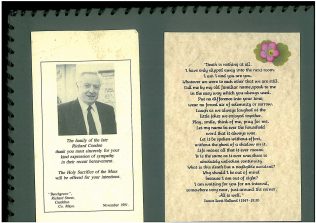 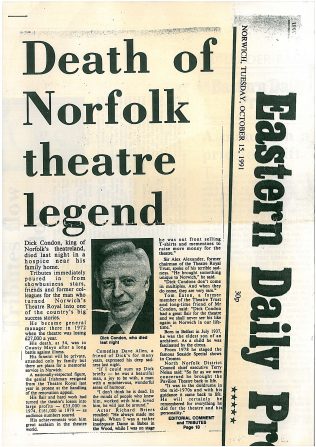 Richard or Dick as he was called in later life was born in Belfast in 1937 and reared from a very young age in Castlebar, became a nationally respected figure in England. His achievements won him great acclaim in the theatre world and he was awarded an honorary degree of Master of Arts by the University of East Anglia.

Theatre Was in His Blood

Theatre was in his blood ever since, as a young schoolboy in Castlebar, Co. Mayo, he and his brother Anton, were enthralled by the many visiting fit-up companies and the travelling carnivals, show business all. Dick went to Dublin where he entered the Civil Service. But the call of the theatre was too insistent and from 1964-71, he was Manager of the Olympia Theatre, and was the late Brendan Smith’s right-hand man in administrating the early Dublin Theatre Festivals.

Secret of his Success

However it was in Norwich from 72 for 18 years that he achieved international fame when as managing director of the civic owned, unsubsidised Theatre Royal, he turned it from a building in rapid decline and threatened with closure, into one of the leading theatres in the English provinces. Once asked what was the secret of his success, he gave three reasons: ‘Please the people, use the building to its limits and never forget that it is show business’.

After his first three years in Norwich, Dick was invited by the British Arts Council to London to tell them, first hand, of his achievements. Known affectionately as Mr. Theatre Royal he became a legend for his professional skills, his flair his charm and his wit.

In 1978, in association with North Norfolk District Council, Richard became involved at the Pavilion Theatre, Cromer, and transformed it both in theatrical and commercial terms into a thriving venture. He staged the famous ’Seaside Specials’ shows in Cromer. It was in the doldrums in the mid 1970’s and with his guidance came back to life.

Dick was member of the board and manager of the refurbished Gaiety Theatre Dublin for 6 months in 1984 and organised its first presentations. As a Gilbert and Sullivan enthusiast, he was delighted when he was invited to become adviser and manager of the re-organised D’Oyly Carte Opera Company and was responsible for the revival of their operas in London and other parts of England. He retained his position as general manager of the Theatre Royal and returned to it when his 3 year contract finished in 1989.

In 1987 an honorary degree of Master of Arts was conferred on him by the University of East Anglia in recognition of his achievements in Norfolk in winning back audiences to a theatre which had been almost moribund until his arrival there 12 years before.

Resigned From the Theatre Royal

In 1990 he resigned from the Theatre Royal in protest at the handling of the renovation appeal. Soon afterwards he became ill and returned to his home in Castlebar a month before his death on 14th October 1991. He is buried with his parents, Dick and Kate Condon, in the Old Cemetery, Castlebar. He is survived by his brother Anton and sister Ann Geraghty who has the bust of Dick which was created by sculptor Bettina Batten, Norwich.

Tributes poured in from show-business stars, friends, former colleagues and the general public, who had admired him and were saddened to hear of his death.

His gift was to infuse all aound him with his own limitless Irish warmth. Where people counted, he was not only a man of immense generosity, a caring man and a compassionate one. He also, through a prodigious memory, was able to greet scores of theatregoers by their names as they entered the Theatre royal foyer, receiving them like old friends. Such a gift is beyond price. Eastern Daily Press 15/10/1991

Sir Alex Alexander, former chairman of the Theatre Royal Trust, spoke of his terrible sadness ‘Dick Condon’s don’t come in multiples. And when they do come, they are very rare’ he said. Evening News 15/10/1991

A memorial service was organised at Norwich Cathedral for Richard Condon on 9th November 1991. It was a ceremony of celebration. A tribute to the warmth, exuberance and professionalism of showman Dick Condon, the man who turned Norwich’s loss-making Theatre Royal into a thriving venue. ‘The sight of a full house would have gladdened Mr. Condon’s heart’ Canon Sharp told nearly 1000 friends, relatives and admirers at the Cathedral. As the attendance left the church, the organ bellowed ‘There’s no business like show-business’. Eastern Daily Press October 1991