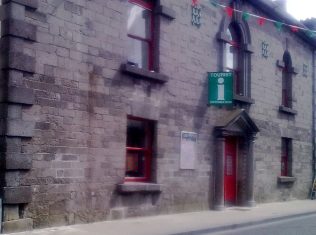 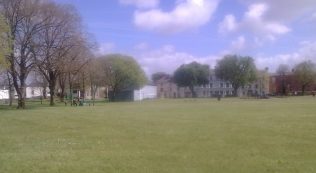 Mick Cuffe had an extraordinary voice with stage presence he shared with millions during his thirty-years plus career.  His voice has been likened to Roy Orbinson with his wit as that of Brendan Grace.  He was a gentle person, always kind & helpful to all.  He was affectionately known in Mayo as Mickuf.

From Ballydavock in Belcarra in Co. Mayo Mick Cuffe was son of Tom & mother Margaret. (known as Peggy)

He began his working life with his father in the family garage business.

He married his best friend Paula in the 1970’s.  They had two sons also two daughters.

Mick Cuffe’s amazing talent on guitar also his ambition to perform as an entertainer led to his public performances in Ireland.  He captivated audiences wherever he sang or played his low-slung guitar whilst he also entertained with his wonderful tales.  He joined the famous Brose Walsh Showband during the 1970’s.  During the 1980’s he was persuaded to perform in Dublin but returned to his home county where he continued his career.

Mickuf recorded a C.D. entitled ‘Mick Cuffe Sings for You ‘  that shortly after release raised cash for Cancer Care West.

He was the recipient of an award during 2001 for his contribution to the music world.  It was deserving that his artistry was recognized within his own county.

Sadly Mick Cuffe was affected with a terminal illness but his last years were lived as usual with music, singing also his numerous jokes.

His funeral mass & service at Castlebar Church of the Holy Rosary was as musical as his career had been!  His funeral day was music-filled as his daughter sang & friends played instruments.  In fact the whole congregation sang the beautiful ‘Blowing in the Wind.’  His uncle Fr. Bernard Cuffe joined his wife’s two uncles amongst the local clergy to celebrate his wonderful life.  A piper played bagpipes as Mick Cuffe entered Ballintubber Abbey for his last resting place.

There have been several tributes passed to this extraordinary talented man including the following;

‘He was a man of many talents, humour, generosity and fun.’

‘Just to be around him was a tonic.’

‘The legend may be gone but he will not be forgotten.’

‘The world is an emptier place without him.’

Tom Gillespie paid a tribute to Mick Cuffe in The Connaught Telegraph  31st March 2020 where he stated that one postman took particular interest in several isolated households within Manulla, Castlebar as he knew that some residents never had any human contact. (NBC)

In The County Town  of The Connaught Telegraph 14th April 2020 (page 51) Mick Cuffe is referenced as holding court in his base of The Sunflower Lounge in Castlebar by Tom Gillespie. (NBC)

(Was very pleased to have had the pleasure meeting & of knowing Mick.  His music &  wit were so appreciated.  Wonderful memories of his shows also his  humanity NBC)

Appreciation is extended to Sharon Cuffe Flynn for information supplied.