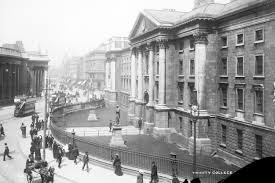 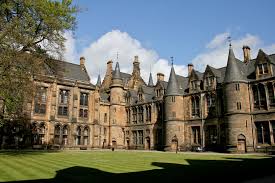 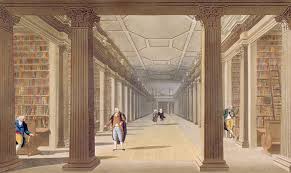 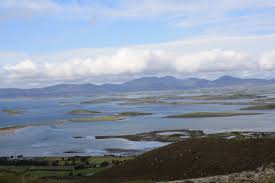 This professor led a very accomplished lifestyle. He was a world authority on Classical Greece.

He was nephew of Gordon Hannington Luce the noted scholar of Burmese & Asian history.  He was the first cousin of Rex Warner. [ii]

J. V. Luce learnt Greek from his father when he was aged five years old.  Luce studied at Baymount School, Dublin also at Cheltemam College.  He entered Trinity College Dublin during 1938 to read classics with philosophy.  He was elected a scholar during his first year which was a magnificent distinction; J. V. Luce took a double moderatorship in classics &  philosophy.  He was awarded gold medals in both subjects. [iii]

John Victor Luce  became a research student at Oxford, U. K.  followed by his Bachelor’s Degree in 1942 with a Masters during 1945. [iv]

J. V. Luce was an accomplished sportsman. He captained the Trinity College hockey team, squash rackets, cricket clubs.  He played for the Phoenix cricket club first X1.  He won six caps with Ireland’s hockey team.  He was also selected to play for Oxford in the annual colours match against Cambridge. [v]

J. V. Luce married Lyndall Miles (whose maternal grandparents were born in Co Mayo) during 1948; she was Scottish. She had graduated from St. Andrew’s University with a degree in history. She was a lecturer in Scottish also became a pioneer in the work of housing the elderly. They had three daughters.  (no. 25 pages 94-102) [x]

J.V. Luce was a Bloomsbury Group member.  Governor of the High School in Dublin during 1995. He was elected president of the Classical Association of Ireland then  three years later he was co-opted as patron of the Irish Institute for Classical Studies. [xii]

J. V. Luce was elected chairman of DUCAS during 1956 for two decades.  He was instrumental in ensuring that no residences were built at College Park in 1971.  During 1957 he secured offices in House 27 for DUCAC & the Knights of the Campanile. (Annual Report, page 23) [xiii]

J. V. Luce was elected to the Royal Irish Academy during 1973.   He became an honorary member of Royal Dublin Society in 1992. [xiv]

John Victor Luce contributed to a wide range of academic journals.  His first publication  was The End of Atlantis.  His publications included; The Quest for Ulysses 1974,  Homer and the Heroic Age’ 1975 also An Introduction to Greek Philosophy 1992.  He was the author  of the very readable Trinity College Dublin; The First 400 Years 1991.   J. V. Luce penned the Airodrome.   His last book was entitled Celebrating Homer’s Landscape. [xv]

Due to his love of angling they purchased a holiday cottage during 1952 at Killeenacoff, near Westport for four hundred & fifty pounds.  It was basic; without running water or electricity.  John &  Lyndall Luce recorded the story of their 1950’s experience in an entertaining article in the Cathair na Mart Historical Journal. (No. 25 pages 94-102) [xvi]

He was an angler who spent several enjoyable trips on Westport rivers also in the Bay: https://www.tcd.ie/Classics/jvl/

J. V. Luce wrote with an elegant dignified simplicity yet its forcefulness, effectiveness plus structural clarity was certainly informed by the best principles of Classical rhetoric.  The same rhetorical principle informed his Latin.  According to reviews his public orations were likened to the style of Pliny the Elder.  His first publication The End of  Atlantis  shed new light on the old legend yet it remains the best discussion on the subject.  His last publication was Celebrating Homer’s Landscape.   Known as a beautifully written Classical account. [xviii]

Luce Hall at Trinity College was dedicated on April 21st 1982 to mark the contributions of both J. V. & his father A. A. Luce had made to sport at the college.  A plaque inside the building has inscription The Luce Hall  honouring A. A. Luce and J. V. Luce Senior Fellows and Sportsmen. (Annual Report, page 23)  [xix]

Lyndall Luce penned a letter to The Irish Times  published on 2nd September 2015 re the demolition of Luce Hall. (Sept 2nd 2015) [xx]

As J. V. Luce had recalled, ‘polite society was astonished to see a clerical Fellow of Trinity addressing public meetings from the same platform as Connolly and Larkin.’ [xxi]

John Victor Luce was described as a ‘careful scholar who writes well and argues his case persuasively’ in a Daily Telegraph Review.   In the dining hall at Trinity College there is a picture of  J. V. Luce alongside a portrait of his father at this link. [xxii]