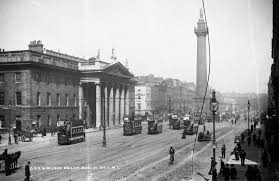 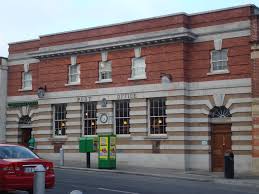 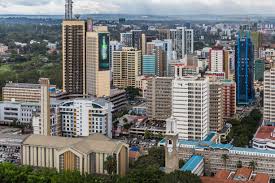 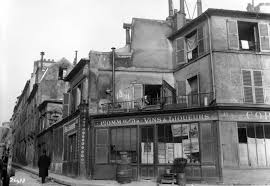 A speaker of eight languages this priest was also a sports Coach.

His National school education was at the local Mayo school. (prior to the family’s move to live at Drumcondra Road in Dublin)

His secondary studies were undertaken at Blackrock College for three years from 1927 to 1930.  When he gained an Open Scholarship: (available to families of Civil Servants) he studied for a B. A. course until 1933 while he lived at the Castle in Blackrock where it was stated he was ‘a pious layman.’

Thomas O’Sullivan was amongst the first group of Novices to enter Kilshane, Co. Tipperary for their Novitiate during 1933 to 1934.  It was under the Master Fr. J. J. McCarthy (who became a Bishop in East Africa)  Thomas O’ Sullivan next studied Theology.

During 1937 he was Ordained with his first assignment to St. Mary’s in Rathmines as Dean of Discipline.

During his time in Rathmines  he participated eagerly in sport while he encouraged many others to avail of its benefits.  In any sporting event it was not the result that was of interest to him but the participation: he encouraged all to give of their best while he coached them or supported them while they competed.

During 1940 Fr. O ‘Sullivan was appointed to Kenya in Africa.  As it was during the war the journey was a long, hazardous voyage to the East African coast.  His travel account appeared in ‘The Missionary Annals.’

He taught at various schools within the High schools at Kabaa, Mangu, Nairobi. He was appointed Headmaster at St. Mary’s. He Ministered in Nairobi Cathedral. He was admired also revered by his students: several kept in contact with him when they had completed their studies.    Fr. O’Sullivan was affectionately nicknamed ‘Tosh’ by his students!

Fr. O ‘Sullivan appeared to be interested or unique in many areas: he could turn his hand to anything: then master it.  He owned a motor –  bike.  He obtained a Pilot’s Licence that he made great use of.  He travelled world – wide as he participated in a well – earned vacation or participated in summer courses while he discovered the local areas.

During a holiday in Ireland between 1949 to 1950 (besides his studies at Blackrock) Fr. O ‘Sullivan revived the Cricket team in the College also coached the students during his free time.  It was reported that he brought delight to any group he participated in.

He was the most obvious choice when a Secretary was required for the Apostolic Nuntiature.

As a speaker of eight languages amongst his other gifts: he was a musician: he played the piano, trumpet plus viola.  Shortly before his demise he sent for a copy of the anthology of Irish poems he had used when a student namely, ‘Fíon na Filíochta’, as he liked to recite Irish poetry in his spare moments.

Unfortunately, Fr. O ‘Sullivan’s love of life & speed ended with an accident in Nairobi: as he hit a pot hole on the day that he had been due to play the Viola with the Nairobi Symphony Orchestra.

Fr. O ‘Sullivan’s demise occurred on 20th December 1986.  He was seventy – five years of age.  He was buried in Nairobi.

It was recalled by a colleague on an occasion at Rue Lhomand in Paris: ‘that he disappeared for a week – end that he ‘may have been to Lourdes, Saverne or Moscow: when asked which it was: he just provided his inimitable disarming laugh!’