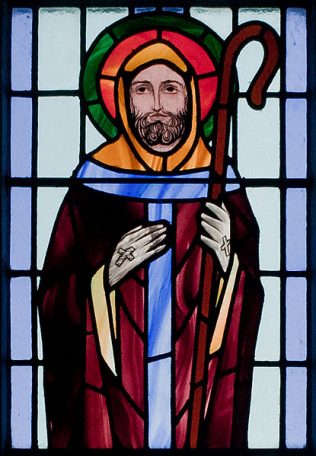 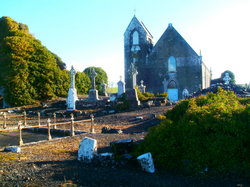 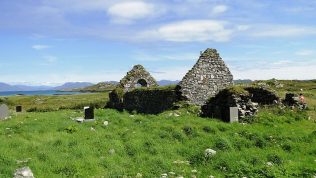 St. Colman was born in circa 605 A.D. He was a native of the“ Conmaicne Tribe”. Conmaicne lies around the present day Kilmaine. Colman was in ancient times, said to be a Nobleman of that tribe, he received his education in the Isle of Iona. Colman succeeded Aiden and Finanan, Bishops of Lindisfarne, and founded several churches in Scotland between 665 & 667A.D. before returning to Iona.[i]

Easter and the Celtic Calendar

He resigned his bishopric after the ”Synod of Whitby” on calculating the date for Easter.[ii] It was called in 664 A.D. by King Oswald of Northumbria as his wife was a Celt and she celebrated Easter by the Celtic Calender, Oswald who followed the Roman date as set down by “the first Ecumenical Council which was the “Gregorian Calender” instead of the preferred Celtic method. The argument went on for some time until Oswald asked “the Honourable Bede for his opinion to which he said St. Peter was appointed by “Our Lord” as the first leader and on this rock I will build my Church and all future popes that came after him would be seen to be infallible, that sealed the fate of the Irish Easter Calender

From Iona to Ireland

On resigning his position at Iona he set sail for Ireland in 668 A.D. With 30 Irish and Saxon monks and set up a Monastery in Innisboffin. The Saxon monks were industrious and tilled the land during the growing of crops for the survival of the community. Whereas the Irish went to their kinfolk in the mainland,  coming back in Winter and  consuming the fruits of the saxon labours, this led to tensions in the community after a short time.

The Origin of “Maigh Eo”

Colman brought his Saxon followers to the mainland and set up a monastery at a place called ‘Maigheo’ the Plain of the Yew Trees. He brought with him half the relics of Lindisfarne, including the bones of St. Aiden, and part of the true Cross which was reputed to be in Mayo Abbey until the Reformation in 1537, when it vanished. With the appointment of Geraldin C.670A.D., son of a Saxon prince first Abbot of Mayo, the monastery became famous throughout Christendom as “Mayo na Saxons”.[iii]

It was a recognised centre of learning. Its Library was equal to that of Kells and Augburg in Germany. It attracted many students from Britain and Europe including Saxon Nobility. The site is one outstanding importance within the history of European Monasticism. In 731 A.D. Bede wrote “For this is the place grown large from small beginnings….houses a distinguised community of monks drawn from English provinces”. At the Synod of Kells in 1152 A.D.The Abbey was upgraded to the “Diocese of Mayo” making Mayo into a wider division than ‘Maigh Eo’. The mapping of the 16th cent brought a greater sense of identity of Mayo being a County unit, to replace the smaller kingdom’s that were in the region at that time. The land surveys of the 17th century utilised Mayo as an administrative division. The Grand Jury was the earliest form of local govenment, replaced in 1889 by the Co. Council System.

Colmans last days were spent on Innisboffin where he died in 667AD. His feast day is celebrated on the 8th August.