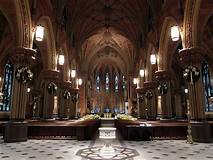 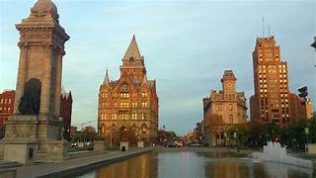 This prominent religious Leader was born on 6th February 1836 near Castlebar, Co. Mayo, the eldest of eight siblings. Three of his sisters entered the Convents of Sisters of Charity.

Patrick Anthony Ludden was ordained on 21st May 1864 at the Grand Séminaire du Montreal for the Diocese of Albany.

He was appointed rector of the Cathedral of the Immaculate Conception, Albany in New York City.  He was rector of St. Peter’s Church Troy N Y C for seven years.

Rev. Fr. Ludden was appointed by consecration as First Bishop of Syracuse, NY Con  on 1st May 1887.

An altar was donated by him to the Church of Our Lady of the Rosary, Castlebar, Co. Mayo.

He considered his crowning work to have been the completion & consecration of the Cathedral of the Immaculate Conception in Albany, New York on 25th September, 1910 that had cost more than  250,000 dollars.

The Connaught Telegraph 27th July 2021 in an article on Castlebar church reported that Bishop Ludden of Saracuse New York (a native of Cappavicar Castlebar) donated an altar to the Church.