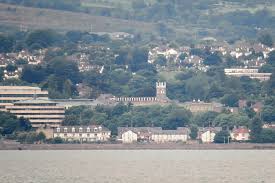 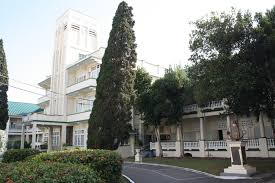 Owen Mc Sweeney was born during 1845 near Castlebar in Co. Mayo.

During March 1863 Owen entered Blackrock College (perhaps as a result of an advertisement for Christian Brothers in the local paper by Père Leman).

Owen Mc Sweeney went to Chevilly Novitiate during 1864.  He was professed then given the name Edmond.

For ten years Bro. Edmond was posted to St. Mary’s, Trinidad.  His next appointment was to the Spiritan College in Reunion.

With the colleges closure during 1878: Bro. Edmond was transferred to Zanzibar for a short period.

During his time in France Bro. Edmond spent time at various houses of the congregation.  He served in succession at Langonnet, Langogne, Rambevilliers, Cellule, Chevilly also Epinal.

As a teacher of English during 1893 Bro. Edmond was assigned to St. Martial’s, Haiti for several years.

Bro. Edmond returned to teach in France at Mesnières College until  the closure of the college as a result of Combe’s persecution.

During 1904 Bro. Edmond Mc Sweeney was transferred to Ireland to Rockwell College.

The demise occurred of Bro. Edmond on the 6th March 1918: he was aged seventy-three years.  He is buried in Rockwell.

A comment was made of Bro. Edmond Mc Sweeney with his lifestyle that ‘Whether his problem was wanderlust, like the Irish monks of old criticised by the Venerable Bede, or something else, the General Archives may reveal, but he paid his way as teacher, prefect and ‘portier.’