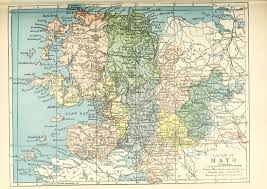 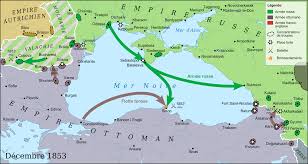 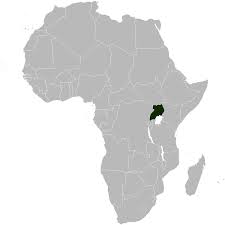 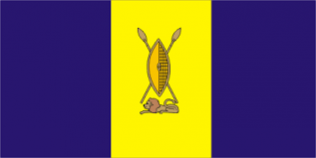 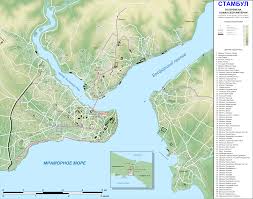 While a soldier in the British army O’ Flaherty penned letters from his campaigns.  He led a very interesting life on the African missions.

Philip O ‘Flaherty was born in Ballaghadallagh in Co. Mayo about 1835.[i]

Following National School in Ireland he studied at St. Aiden’s Alumnus, Birkenhead, England.  There he acted as co – editor of the college magazine.[ii]

He was born an Irish-speaking Roman Catholic but died an ordained missionary with the CMS.  He had adhered to Presbyterianism from his teenage years until his early thirties.[iii]

Philip O ‘Flaherty married into a family like himself of Catholic turned Protestant faith.  He supported both his father & brother in Ireland.  Later when he moved to England as a teacher they followed him.  As he was unable to support all them he enlisted in the British military. [iv]

As a teacher he kept a folded-up map of the world in his pocket.  At geography classes he requested four boys to hold it aloft in which he proceeded to point out capital cities, principle mountains, rivers also country borders. [v]

He was employed in England from 1865 to 1880 with the CMS.  (Felix Wadsworth University of Edinburgh University discussed his trip to Manchester & London to study Church of England Missionaries dated 24th November 2016) [vi]

Fr. O ‘Flaherty spent years as a priest of a chapter of Prominent Anglo – Irish Protestant Clergy in the Merseyside area.  He was employed as a salesman missionary in Ottoman Istanbul at one stage of his colourful life.  From March 1881 he travelled as an assistant to Mackay in Africa. Many of O’ Flaherty’s exploits as a missionary are contained in Mackay’s notes.  (Wadsworth ) [vii]

Rev. O ‘Flaherty, one of the first CMS Missionaries in the kingdom of Buganda translated the gospels into Luganda.  ‘I have translated from Kiswahili Steere’s Scripture History with other additional History of some Scriptural character from New and Old Testament.  I have translated most of St. Math’s Gospel and part of St. Marks & the Order of Morning and Evening Service from the Prayer Book from Kiswahili whose idioms are nearer Ruganda than English.’ [viii]

He published a book detailing his experiences during 1851 as a soldier in Crimea; titled the The Young Soldier in which the first part of the collection of letters were written while he was a private later corporal in the 7th Royal Fusiliers: it covered the first months of the invasion, the battle of the Alma also the early stages of the Sevastopol (Pages 24-28)  The second series of letters, titled Sketches of the War  was a Collection from 6th November 1854 to 28th April 1855 that documented his regimental actions in the Battle of Inkerman on 5th November 1894, the hurricane of 14th November 1854, Camp privations during the winter, Proselytizing conversations with Turkish troops, his distribution of religious material amongst both the British & Turkish soldiers along with  his work as an interpreter between British engineers & Turkish troops. The last letter described a visit to the camp of the French Zouaves. [ix]

Writing during December 1881 the C.M.S. missionary O ’Flaherty commented, ‘Mutesa is as far from Christianity as ever…there is little chance of doing good here.’  [xi]

‘It must be remembered that, for days, long & earnest councils were held by the Kings & Chiefs as the question as to whether Mackay, O ‘Flaherty & myself should or should not be put to death.’  (A. M. Mackay  J. W. H. 1970 Routledge Pioneering Missionary of the Church Missionary Society Uganda) [xii]

‘The baptisms took place in March 1882 when five boys who had been Mackay’s pupils were baptised by Rev Philip O ‘Flaherty.  Their names deserve mention as the first Christians in Uganda: Sembera Kamumbo, who took the name Mackay; Mukasa who was baptised Edward; another Mukasa named Firipo; Buzabaliwo named Henry Wright; and Takirambudde who was baptised Yakobo.’  ‘The Church’s mission and ministry in this milieu, at both the leadership and grassroots levels. ….. The books of the Old Testament point to it. …… and interaction Kabaka Mutesa, and the now legendary letter in the Daily Telegraph, ….. baptised by Rev Philip O ‘Flaherty. …… The name of the rebel commander was Patrick Akum.’  [xiii]

‘Philip O ‘Flaherty for instance, Letter from Scutari Camp during the Crimea Campaign wherin he observed that the soldiers burden’ (was) heavy, for beside our ordinary kit, each man has to carry a camp kettle, a tin pot & a bill-hook.’  The British Soldier & his Libraries c. 1822- 1901. (Murphy Sharron 2016 (page 83) [xiv]

Fr. Philip O ‘Flaherty’s demise occurred while he was on a voyage home from Uganda to Edinburgh.  He was buried in the Red Sea. [xv]

Rev. Fr. O ‘Flaherty is referenced in the following bulletin at this site: www.presbyterianhistoryireland.com/

He is referenced in these publications:

Low Donald Anthony 1971The Mind of Buganda: Documents of the Modern History of an African Kingdom (University of California Press): https://books.google.ie/books?id=ith-L8DYXuUC&dq=Rev.+Fr.+Philip+O+%27Flaherty&source=gbs_navlinks_s

Zac David PDF The Church in the World:  A Historical-Ecclesiological Study of the Church of Uganda with particular reference to Post & Independence-Uganda 1962-1992. (page 35)  Niringiye’s David Zac Thesis. [xix]

An interesting PDF on missionary experiences is available at this link: The Story of the life of Mackay of Uganda.  [xxiii]

Shepherd  John 1854  Philip O’Flaherty, the Young Soldier  Letters by O’Flaherty from Turkey and the Crimea:  https://books.google.ie/books?id=U7pcAAAAcAAJ&dq=Rev.+Fr.+Philip+O+%27Flaherty&source=gbs_navlinks_s

Kevin Myers stated during an Irish Times  article 23rd May 2002 that from the Crimea we received glimpses of an Ireland that is now perfectly vanished.  Philip O ‘Flaherty – a soldier with the 7th Foot, a fluent linguist & a Presbyterian from Co. Mayo wrote to his mentor Rev. Michael Brannigan while he attempted to spread ‘England’s Religion’  to the Turks. [xxv]

Unable to access information re his family in Mayo.  Perhaps readers may have the required information.

[ix] In the Land of the Romanovs (www.openbookpublishers.com/) [Assessed 26th June 2019]

[xxi] The Land of the Romanovs (www.openbookpublishers.com/) [Assessed 26th June 2019]