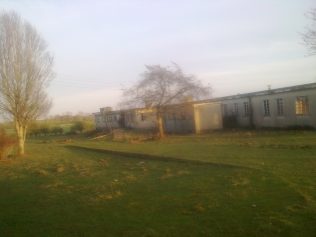 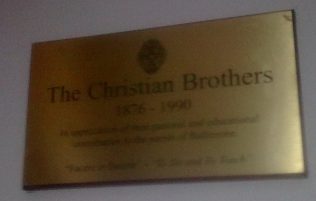 When Brother Anselm was appointed to the Superiorship of the Christian Brothers Congregation in Ballinrobe on 20th August 1943, no one could have foreseen his direct involvement on the lives of the ill with T.B. at Creagh, Ballinrobe Sanatorium.

Bro. M. A. Anselm was born at Grange, Co. Waterford during 1901. Aged fifteen years he joined the Irish Christian Brothers, he was given the name Anselm.[i]

Along with his work as a teacher in the local Secondary School plus administrative duties in his Monastery he befriended those who were seriously ill. He especially spent time with Kathleen Kilbane from Cloughmore on Achill Island. He documented his visits, chats and memories in a Journal called “No More Tears In My Eyes” after she died at 2am on 7th October 1947. Bro. Anselm also provided a grave with headstone for ten year old George Devery who died on 7th March 1944.[ii]

Bro. Anselm served in Ballinrobe until his demise on November 12th 1982.  He is buried at Ballinrobe New Cemetery his plot is shared with the little boy whom he promised would not be buried in an unmarked grave.

There are videos on youtube honouring Bro. Anselm along with his little friends by Dominic Kennedy.

This year 2017 a new book has been published by Allan Worthy, Victor Kennedy, Edited by Dominic Kennedy; called Kathleen Kilbane; The ‘Little Saint’ of Achill Island. This edition has extra material plus photos also documents on both Kathleen and Bro. Anselm.

[i] Averil Staunton, “No More Tears in their Eyes”, Historical Ballinrobe,