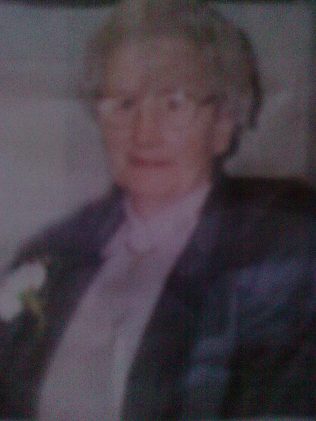 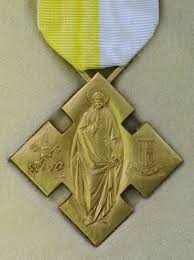 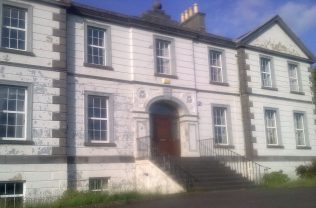 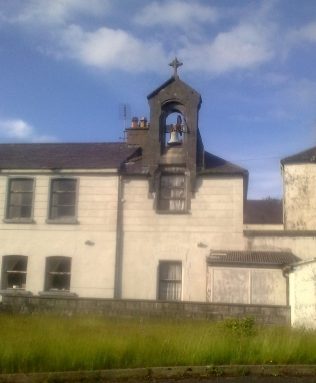 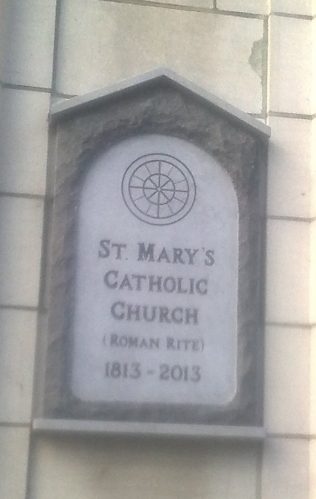 This generous kind-hearted lady has been an inspirational example of overcoming disability.  She cared for orphan children.  She volunteered her services to the town community.  She was the recipient of a Papal Honour.

Unfortunately as a young child Kathleen Corcoran contacted polio that necessitated long hospital stays.  Although she recovered she had to wear a leg caliper to assist her to walk.

Following her illness to enable her to have a good education she resided within the children’s home attached to the Convent of Mercy School on Altamont Street, Westport.

Kathleen Corcoran joined the staff when she had completed her formal education at the Convent of Mercy. This in fact became her home place.  As an excellent talented person whose craft work was extraordinary she was appointed the school seamstress.  She also assisted in the care of all the orphan children at the convent, whilst also looking after young students of the National School.  ‘Kathleen’s Room’s’  became a magnet for all as she expressed her delight to share her talents with graciousness.  Memories of that time will have lingered with those who were privileged to have known her.

During her forties Kathleen Corcoran offered to assist the local St. Patrick’s Drama Group in the wardrobe department as they prepared for their first production during 1964.  She enjoyed all rehearsals also the companionship this offered.  She produced many extravagant costumes both for this group also for the local Musical Society.  She also assisted the convent school with costumes for their cantatas, musicals etc.  How many remember the phase ask ‘Kathleen about it’?  She shunned the spotlight but worked diligently behind the scenes as she said herself ‘whatever little I can do for the club.’

This medal awarded by the Holy See is conferred to honoured individuals that have merited special recognition for their exceptional accomplishments plus service to their communities.  Kathleen Corcoran was awarded the Benemerenti Medal for her extraordinary services.

Kathleen Corcoran’s demise occurred at the Cuan Chatriona Nursing Home in Castlebar.  She was aged ninety-five years at the time.  Canon Antony King celebrated her funeral mass in St. Mary’s Church, Westport.  She was laid to rest in the family plot at Kilmaclasser Cemetery in Kilmeena, Westport.

Canon Antony King said that ‘Kathleen was a woman who touched the lives of so many people with her modest manner, her generous good humoured personality, her generosity of spirit, her gifts, skills, talents and extraordinary capacity to help others and resolve many crisis situations.’  He also stated that ‘Salt of the Earth’ & ‘Light of the World’ were very appropriate in describing Kathleen Corcoran.

Have wonderful memories of this gracious humble lady whom we often met in her ‘sewing room’  during cantatas or musical fittings also at Town Hall charity catering events among various societies. (NBC)

Kathleen Corcoran is referenced in a Facebook page: https://www.facebook.com/