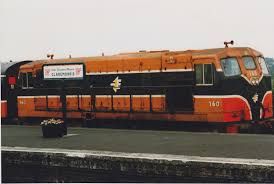 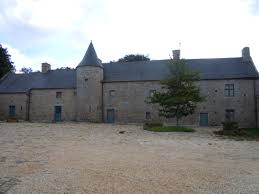 This brother was known as Bro. ‘Buzz’ cared for his young students both in the classroom or at the college day & night while he Ministered to their needs or worries.

His early education was received at Claremorris National School.

Myles Judge attended the French College at Blackrock in Co. Dublin while he was aged twenty – one years(with Business Training)  He began his Postulancy for the Brotherhood with his Organizing of several Departments at the College.

His Profession occurred in 1865 following time spent at Langonnet, France. He was given the name Thaddeus.

He was then appointed to Blackrock College where he spent his religious life.  Bro. Judge was indispensable to the College in all daily duties as he oversaw the care of all students.  He was an exemplary teacher also had charge of the Class-book & Stationery Store.

Bro. Thaddeus’s demise occurred on 9th April 1902 when he was just aged sixty – one years.  He is interred in Dean’s Grange Cemetery in Dublin South.

‘Following his death during 1902 his private Notes, with Rule of Life and Resolutions, revealed the secret principles that had made his life so exemplary and fruitful’.

Fr. Larry Healy who knew him when he was a student himself then later when he was Superior remarked that Bro. Thaddeus Judge rose daily at four am;  he was punctual at the Brothers’ exercises.  This was his tribute: ‘For the function now assigned to him in the College he was admirably fitted.  He got general control of the junior section with special jurisdiction over the very young boys – the ‘Chicks.’  For thirty – seven  years he ruled this little world with unlimited and undisputed sway.  Active, intelligent, and always busy, he was ever affable, polite and ready to oblige.  Always alert to maintain law and order among his tiny subjects, he was always unruffled and supremely reasonable.  To the little boys he was mother and nurse, as well as teacher and lawgiver.  He was with them all day.  He slept in their dormitory.  In the morning he helped the smaller mites to wash and dress.  At night he saw them snugly ‘tucked in’. In study he helped them at their lessons.  At recreation he organised their games and insisted on a lesson hard to learn: – that truthfulness and fair play were preferable to Victory.  At meals he made them feel that good manners and self-restraint were priesthood.  That selfishness and greed were ugly and detestable. This function brought him into touch with all the boys, senior and junior.  He is remembered for his being ‘indispensable to the community with his work ethic, always so dapper, wearing his distinctive skullcap.’

Cardinal John D’Alton (who was also from Claremorris) related that Bro. Thaddeus took a special interest in him as a student.  He told him one day to forget about his plans for a professional career because it was obvious that the Lord had marked him out for the priesthood.  The Cardinal felt that he owed his vocation to that advice.