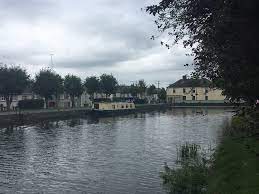 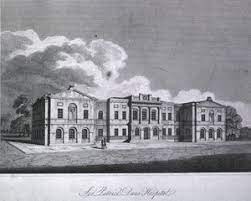 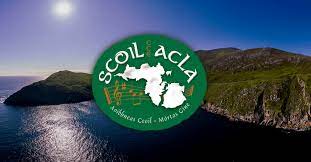 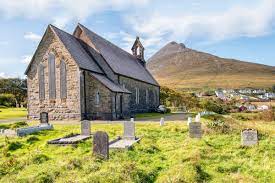 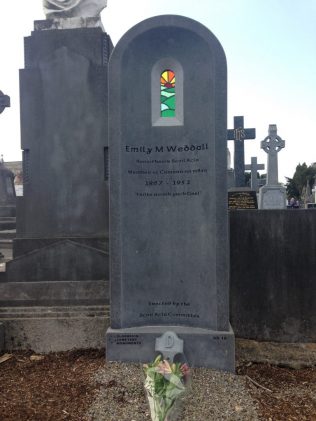 Emily Waddell was one of the founders of Scoil Acla.  This lady was the first to lay a wreath at  Fenian Leader O ‘Donovan Rossa’s grave in Glasnevin Cemetery Dublin.

Emily Burke was born in Edenderry Co. Offaly to William John Burke, who had previously married a widow Catherine Kennedy whilst still a priest during 1867.  When he was ex-communicated both her parents converted to Protestantism then he became an evangelical minister.  Following the demise of his wife he married Emily Mc Arthur from a wealthy printing family in Dublin.  They moved to Edenderry then to Ballinasloe in Galway.  Her siblings were Miriam, Richard & John Jasper.  They spent some time at the Achill Mission run by Rev. Edward Nangle on the island.  Aged sixteen Emily’s parents passed away (her father aged seventy-eight, her mother fifty-seven ) several months apart.  (Anton Mc Nulty 4th May 2021)  [i]

Emily Weddall received her education at a ‘top class’ school in Dublin due to her father’s profession.  Under the supervision of Margaret Huxley (who introduced structured scientific nursing training to Ireland) she trained as a nurse at St. Patrick Dun’s Hospital.   [iii]

In 1893 at the age of twenty-five years she began her training in Sir Patrick Dunn’s Hospital in Dublin as a Nurse according to this site: http://emilymweddall.com/author/emilyburke/

Emily Weddall was a member of the Gaelic League from 1893.  She was involved with the Celtic Cultural Revival at that same period.  [iv]

Emily Weddall was employed as a private nurse outside the hospital system: where she had the opportunity to travel within Europe & Russia.  She provided first aid classes to Cumman na mBan volunteers countrywide.  She later sold her Rockfield House to the Archbishop of Tuam, then moved to Dublin to work in the Mater Hospital during the Spanish Flu.  [v]

She amassed her wealth while in that country when she invested in stocks or shares in a Russian industry.  During the Russian Revolution of 1917 Emily Weddall unfortunately lost her investments.  [vi]

During 1905 she married Edward Weddall an English sea captain in London.  She purchased Rockfield House (that had been a schoolhouse of Nangle’s Mission) in Achill during 1906.  Her husband’s demise occurred when she was aged forty years following a stroke.  She commissioned William Pearse to erect a Celtic cross headstone on his grave at St. Thomas’s Graveyard in Dugort.  [vii]

Emily Weddall co-founded the Gráinne Mhaol Lower Achill Branch of the Gaelic League.  She immersed herself in cultural & language revival on the island.  During 1910 she assisted in the formation of Scoil Acla.  She purchased land, financed the construction of a hall in Dooagh for the study of Irish culture, dance & drama classes also céilíes.  She returned from Dublin to Achill during the 1930’s to live at The Sandy Banks.  She purchased a stained – glass window of St. Brendan, the navigator at an art fair in London by artist Wilhelmina Geddes for Our Lady Queen of the Universe Church at Currane.  [viii]

Founding Member Emily Weddall stated this in a letter to An Claidheamh Soluis during 1910: ‘We have built ourselves a much needed Gaelic Hall, and in a month’s time we hope to open a little Summer School for Irish. I think that is quite respectable for a little Branch that is hardly a year old yet…’:  https://scoilacla.ie/our-history/#the-first-steps

During 1914 Emily Weddall joined Cumann na mBan in Achill.  She travelled to Dublin when she heard of the Easter Rising but was arrested under the Defence of the Realm Act then spent the week inside Tullamore Jail.  During the War of Independence, she was imprisoned for her sale of flags for the Gaelic League.  She assisted people’s safety in her Achill home the War of Independence & the Civil War years. [ix]

Later when her health deteriorated it necessitated  a return to Dublin’s.  Emily Weddall lived at St. Mary’s Nursing Home at Ballsbridge. [x]

Emily Burke Weddall’s demise occurred on the 24th of November 1952. She was interred in the Republican Plot at Glasnevin Cemetery.  Scoil Acla Committee commissioned a headstone on her grave to mark the centenary of its foundation.  [xi]

Maria Gillan has written an autobiography on Emily Weddall.  She lays flowers on her grave annually.  This site has a video re Emily Weddall also interview also an image of her grave in Glasnevin Cemetery in Dublin: http://emilymweddall.com/

Maria Gillan presented a lecture on the life of Emily Weddall at the Pearse Museum in Dublin on the 1st November 2016 view this link: https://tintean.org.au/2016/11/01/pearse-museum-events/

This link displays the first reference to bagpipes on Achill Island was during 1910 with the establishment of ‘Scoil Acla’  by Mrs. Emily Weddall where bagpipes formed part of the curriculum: https://www.achillproperty.ie/achill-pipe-bands

Artist Paul Henry stated in his biography the importance to Achill himself & Emily Weddall were to the island!   [xii]