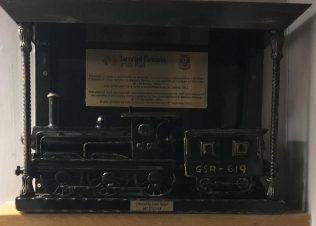 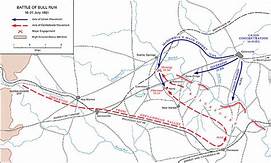 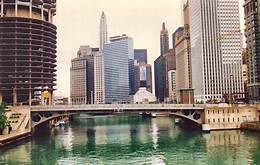 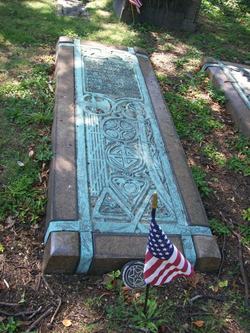 This courageous officer was awarded the Medal of Honour for his efforts in the American Civil War.  He later became a politician in the New Jersey State Senate.

He also was employed in the merchant industry in Chicago, Illinois.  He moved to Camden in New Jersey during 1860.   [iii]

William Joyce Sewell raised a Company of Volunteers when the American Civil War broke out in 1861. Commissioned Captain: he commanded Company, 5th New Jersey Volunteer Infantry.  He fought with the regiment in the Peninsular Campaign also the second Battle of Ball Run.  During July 1862 he was promoted to Lieutenant Colonel.  During January 1863 he was promoted to Colonel.  That same year he rendered his most distinguished service of the war at the Battle of Chancellorsville.  He was wounded but continued to lead his company, until out of ammunitions they were forced to retreat, in fact that action resulted in his medal award years later.  He recovered his injuries to Command the 5th New Jersey unit at the Gettysburg Campaign on 2nd July 1863.  First, they were posted to Trostle Woods prior to Emmitsburg Road.  William Joyce Sewell supported 1st Lieutenant Francis W. Seely’s Battery K, 4th United States Regular Artillery in front of Klingal House.  Again, severely wounded; he with the company were ordered to withdraw.  Later following recovery, he fought in the Wilderness Campaign but due to ill health was forced to resign during July 1864.  Two months later his services were recalled: he was appointed Colonel then Commander of the newly formed 38th New Jersey Volunteer Infantry.  [iv]

His wounds caused him leave the field service with a reassignment as Commander at Fort Powhattan in the Department of Virginia from January to March 1865.     [v]

William Joyce Sewell served on National Commissions for New Jersey National Guards, was appointed a member of the Board of Managers of the 2nd Brigade, N. J. also a member for Disabled Volunteer Soldiers.  [vii]

Sewell served as a Commissioner to the World’s Columbian Exposition during 1893 in Chicago plus acted as one of New Jersey’s Monument Battlefield Commissioners.  During the Spanish-American War of 1898 he was appointed by President William Mc Kinley as Major General of Volunteers but declined the Commission as it would have forced his retirement from Politics.  [viii]

His Medal of Honour citation reads: ‘Assuming command of a Brigade, he rallied around his colors a mess of men from other regiments & fought these troops with great brilliancy though several hours of desperate conflict, remaining in command though wounded & inspiring them by his presence & the gallantry of his personal example.’  Sewell was breveted Brigadier General, U. S. Volunteers for ‘a gallant meritorious services in the Battle of Chancellorsville’ VA nominated by President Andrew Johnson, granted on 12th March 1866. William Joyce Sewell was nominated by the President again as Major General, U.S. Volunteers for ‘for gallant and meritorious services during the war.’   It was granted on 23rd July 1868.  [x]

The demise occurred of Colonel Sewell on 27th December 1901 at his home in Camden.  He was aged sixty-six years.

He is interred at Harleigh Cemetery (in the Spring Grove Section, Lot 75) in Camden, New Jersey  [xii]

During 2005 a Government issue Medal of Honour was erected on his grave site.  [xiii]

The community of Sewell in named after Col. William Joyce Sewell. [xiv]

A school was built in his honour The William Joyce Sewell School by Camden Board of Education, New Jersey during 1907 at 700 North Seventh Street, Northeast Corner of North 7th & Vine Streets: http://www.dvrbs.com/camden-school/CamdenNJ-School-Sewell.htm

On 1st March 1921 the Bellevue Hospital New Jersey was officially opened at the former home of Sewell by Dr. James Lynn Maffey with Dr. Elmer Shall.   [xv]

Colonel Sewell is referenced on this link among Civil War Medal Citations. [xvi]

He is referenced as ‘a courageous officer’ at this site : https://lifeofthecivilwar.blogspot.com/2016/

His grave at Harleigh Cemetery with monument sculpted by Alexander Stirling Calder may be viewed  at this link: https://www.findagrave.com/