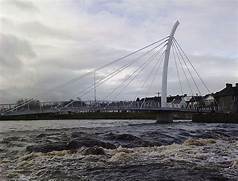 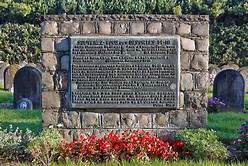 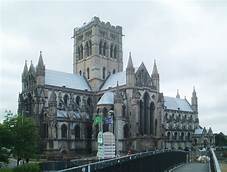 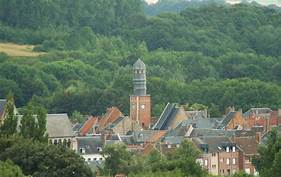 One hundred & eighty – two Ballina soldiers who lost their lives during the first world war were commemorated with a memorial at Green Park, Killala Road, Ballina.  A marble Obelisk with the names of the fallen soldiers from Ballina & surrounding areas was erected by the people of Ballina in honour of those who had laid down their lives from 1914 – 1919.  At the commemoration ceremony on 20th June 2019 wreaths were laid at the foot of the monument by An Taoiseach Enda Kenny, Isabelle Cohan French Embassy, Cecile Dejardain Athis Mons also P. J. Clarke.  The names are written in both the Irish & English language in white on four sides of the granite stone.

This inscription is included on memorial:

All that we had we gave

All that was ours to give

Below are some of the war casualties; would it be possible for readers to have information on other men whom we may honour?

It is somewhat interesting yet tragic that two Mayo men were the first & last men to perish during WW1.

Stephen Kennedy: service number was 10691, 2nd Battalion Connaught Rangers was the son of John & Bridget Kennedy, Ardoughan, Ballina. He was age just thirty – five years when he died of wounds inflicted in Athis Mons Hospital in France.  His demise was officially recorded on his headstone at Artis Mons Communal cemetery, the Commonwealth War Graves Commission most especially on his enlistment service papers.  Two of his brothers were among the fallen of 1st & 6th Battalion Connaught Rangers during 1916 & 1919. [ii]

The last Mayo soldier to succumb was Captain William Walsh MRCVS at his parent’s home with pneumonia when he had been furloughed due to contacting influenza.  He was a son of Francis & Kate Walsh on 27th February 1919. He was aged twenty – six.  He was interred at the Old Abbey Cathedral grounds in Ballina. (his grave lies inside railings with a Celtic Cross  ) [iii]

Thomas Walsh son of Mrs Ann Walsh lived at Brook Street later (renamed during the 1940’s as Humbert Street P. J. Clarke)  He joined the Connaught Rangers 2nd Battalion age just sixteen years of age.  Thomas’s service number was 7772.  His brother Michael joined up on the same day.  He sustained shrapnel injuries to his head at Hill 60 on the Western Front.  He was sent from base camp to Boulogne Red Cross Hospital.  Unfortunately, his condition deteriorated that necessitated an operation, but he collapsed on the Monday morning of 19th May 1915. [iv]

During September 2018, an exhibition was held at St. John the Baptist Cathedral in Norwich at which this soldier’s funeral procession & mass were recreated.  Thomas Walsh’s funeral mass & ceremony during 1915 was held with full Military Honours.  His polished elm brass furnished coffin was covered by the Union Jack, with his military cap & bayonet atop which was then placed upon a gun carriage drawn by six horses.   Choir, cross bearer & acolytes led procession followed by The Fife & Forfarshire Regiment under Sergeant – Major Martin: they marched with reversed bayonets & that was followed by several buglers.  Rev. Fr. Gray walked in front of the coffin. Wounded soldiers Messer’s G.W. Back & H. C. Blunderfield from Walsingham walked behind the coffin: they represented Walsingham Men’s Voluntary Aid Detachment. They were then followed by a nursing sister, four nurses also Commandant Miss V. Parry – Okeden.  A further military escort with reversed arms brough up the rear.  His grave was lined with barberry leaves, white lilacs also narcissi.  The graveside oration was led by Rev. Fr. Gray with the choir’s rendition of ‘Lord. Help the Souls.’  The firing party fired three volleys; the buglers sounded the ‘Last Post.’  (Anthony Hickey) [v]

His brother Michael died at Flanders age thirty years during 1914: his name is remembered on the Menin Gate Memorial, Ypres, Belgium.  Another brother Patrick served in the British Army from 1899 to August 1919.  (Hickey )  [vi]

John’s great – niece Paula Holmes provided this information: that John Canavan joined the Connaught Rangers on 30th August 1909 at Ballina. He later ratified at the recruitment centre at Galway as private on 1st September 1909.  His service number was 9813.  He was stationed in India for two years with the Connaught Rangers 1st Battalion.  He was discharged at Netly Barracks England from the regiment on 29th November 1913.  By 1915 John Canavan had enlisted in the Irish Guards. His service number was 8921.  Later private Canavan joined the machine gun regiment with a service number 1689.  With his comrades in the British army he was a part of the German Spring Offensive at Amiens.  During 30th / 31st March 1918 he was one of the war casualties.  He was transferred to the 3rd Canadian Stationary Hospital, Doullens, France.

His demise occurred of his wounds on 13th April 1918.  Private John Canavan was interred in Gazaincoart Community Cemetery extension: where his resting place is tended by the British War Graves Commission. [viii]