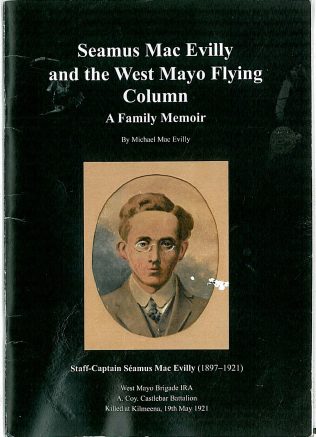 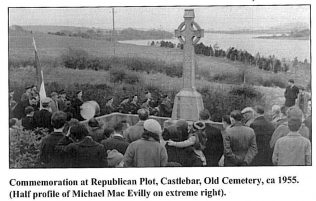 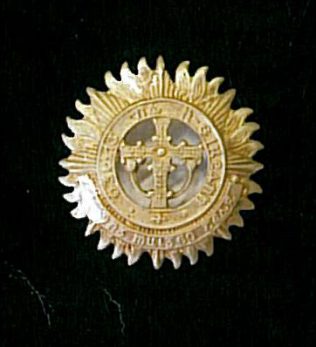 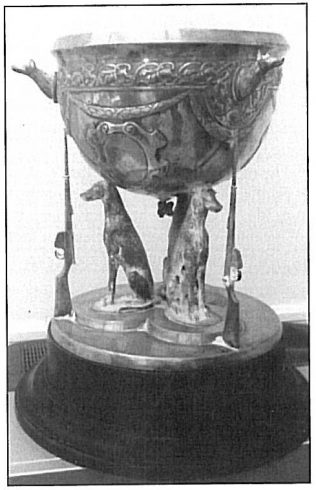 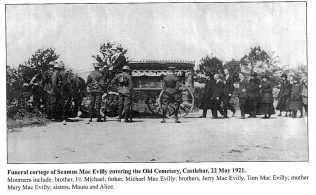 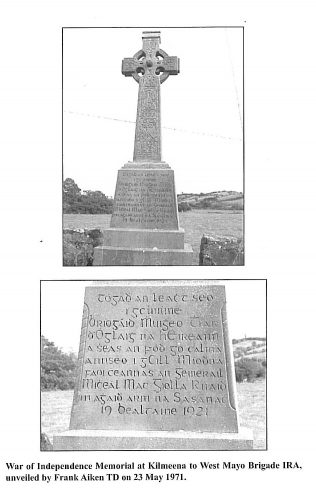 Michael Mac Evilly’s book ‘Family Memoir of Seamus Mac Evilly and the West Mayo Flying Column’, brings the story of the republication period and the civil war in Mayo of the early 1900’s to us in fine detail.

As a boy and young man in Castlebar, on our regular visits to Lough Lannagh, we normally had a stop off at the nearby Republican plot at Castlebar Cemetery where we became familiar with the name of those interned there.

Off Seamus Mac Evilly, Castlebar, we had heard the story of Kilmeena ambush, the funeral restrictions and the confrontations with crown forces at the Church of the Holy Rosary, Castlebar.

We knew of his growing up in Thomas Street, joining the Castlebar Battalion of the Irish Volunteers in 1914, their preparations and readiness but did not get a 1916 call-up.His activities in 1917 and 1918 led to his arrest in April 1918 and his internment in Crumlin Road Jail, Belfast.

1918 general election resulted in the Sinn Fein organisation in a stronger position, the success of the Sinn Fein Courts to which Seamus Mac Evilly was District Court Registrar and is appointment to IRA Staff Captain in 1920.

1920 reorganisation of the large force of Mayo Volunteers into four separate brigade areas, North, South, East and West, had Seamus Mac Evilly then on active service in most of the western areas, Castlebar No.1 Batt., Newport No.2 Batt, Westport No.3 Batt.and Louisburg No.3 Batt.

Active service meant full time on the run with the more active sections of the brigade, engagement against RIC units and ambush of military patrols, which led to Seamus Mac Evilly’s final engagement the Kilmeena Ambush.

“On the 18th May 1921 it was decided to attack a joint Black and Tan/ R.I.C convoy of a Ford Car and four Crosley Tenders, which consisted of twenty heavily armed RIC and Black and Tans, at Kilmeena. The column of 41 IRA men took up position close to Knocknabola Bridge at 3 a.m. By noon the British convoy had not arrived and Kilroy was thinking of moving away. They held out however and at around 3pm the convoy arrived. In the ensuing battle one R.I.C. man Beckett was wounded and later died. The British regrouped with Lewis machine gun and launched a counter attack”. Four of the IRA forces were killed. They were Seamus Mc Evilly, Thomas O’Donnell, Patrick Staunton and Sean Collins. Paddy Jordan of the Castlebar battalion was injured and died later at Bricens Hospital in Dublin. In a follow up attack Volunteer Jim Browne was killed in action. Kilroy’s great achievement was to get the column to safety without any further casualties.

Seamus Mac Evilly was laid to rest in the Republican Plot in the old cemetery, Castlebar, following prayers and graveside blessings by his brother Rev. Fr. Ml. Mac Evilly.

The high tension in Castlebar is related in the funeral account of nephew’s Michael Mac Evilly, ‘A Family Memoir’, it tells :

“The British OC, Col. Packenham, now sent a letter to the Castlebar parish priest, Canon Fallon that only 12 persons would be allowed to attend each funeral, on Sunday and that no banners of colours were to be displayed. This was read at all masses on Sunday. When the remains of Seamus Mac Evilly emerged from the Castlebar jail on Saturday evening, the towns people refused to have the coffin placed on the waiting hearse and insisted on carrying it on their shoulders to the Church of the Holy Rosary in Castlebar.

On Sunday morning, May 22, Fr. Michael celebrated last mass that morning for the repose of his brother’s soul. The funeral of Seamus Mac Evilly was scheduled for 3.00pm. The British had ordered the streets to be cleared but still the people assembled. Shortly before this time the British attempted to move the people off the streets. Despite this, a large crowd had gathered at the church. A 3.00pm a body of military, with fixed bayonets, were drawn up outside. The coffin, draped in the tricolour, was carried from the church by some of his IRA comrades, including Captain Paddy Horkan, J. Mc Cormack and Ned Philbin.

Immediately, there was a major confrontation with the military. A British officer, a lieutenant, ordered the flag to be removed and when this was refused, it was seized. A further difficulty arose with a wreath of ‘National’ flowers in the shape of a Cross and this was ordered to be sized as well. The British officer in charge now ordered the people to disperse, which they refused. It was not until the military brought their rifles into the “working positions” and on the advice of Fr. Geoffrey Prendergast, an ex-British army Captain and Chaplain that the crowd moved from the precincts of the church.

The approaches to the cemetery and adjoining fields were held by the British military, RIC and Black and Tans, with rifles at the ready.The Lieutenant subsequently called to the Presbytery in Castlebar to apologise to Fr. Prendergast, his senior officer.

Michael Mac Evilly, came from Inishturk, with wife Mary, nee Gibbons, of Cloonlara, Louisburg, reared their family in Thomas Street, Castlebar. Michael Mc Evilly was an early member of the Irish Republican Brotherhood and joined the Mayo Volunteers, when formed in 1914.

The British WW1 conscription crisis in 1918, led to a huge increase in volunteers, who were instrumental in organising the anti-Conscription pledge.

Michael had his Na Fianna sons, Seamus, Tom and Jerry enlisted into the IRB in 1913 and the Mayo Volunteers in 1914. They all later achieved an important role in Irish republic activities, Seamus in the West Mayo Flying Column, Tom as Adjutant of Sligo Town Company and Jerry in Cork No.2 Brigade, Fermoy Batt. In the midst of this republication activity their brother Fr. Michael was ordained in 1917, who later in 1921 officiated at his brother Seamus funeral.

Seamus Mc Evilly and his Kilmeena colleagues are remembered in the Castlebar Republican Plot with a large Celtic Cross.The finest silver trophy my eyes have ever seen is the magnificent Mac Evilly Cup, designed by Willie Brett of Castlebar and crafted in Seamus Mac Evilly honour. This Mc Evilly Memorial Cup for the Castlebar Coursing Club had a large Celtic designed silver bowl, mounted on heads of three greyhounds and supported by three upright rifles, all in silver.