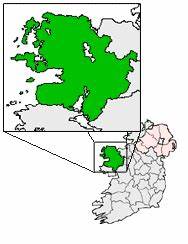 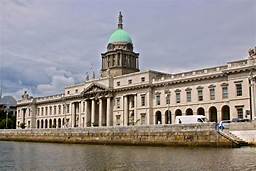 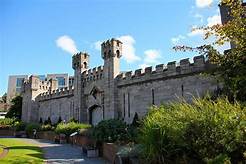 Amongst Ireland’s women Margaret Connery deserves to be acknowledged for her persistence in her efforts for all women to have a vote also her countless activities within the I W F L.

The birth of Margaret Connery occurred in Westport during 1879.[i]

She married Con Connery while in her twenties.  (She is referenced among a list of Irish Suffragettes)   [ii]

During 1908 in Dublin Hanna Sheehy Skeffington with Margaret Cousins set up the Irish Women’s Franchise League: although women only, men could be associate members, in fact two of the early male recruits were the husbands of the founding members.  Margaret Connery was elected as vice-chairwomen of the IWFL.  (Louis Ryan The Irish Times 17th Oct 2012)  [iii]

Inspired by militant strategies of the British Women’s Social & Political Union (WSPU) the vast majority of Irish Suffragettes became involved with a movement that unlike the British tactics were in actual effect much more constitutional as they opposed any form of militancy.  [v]

The IWFL were impatient for change, ready to challenge social conventions; they were adamant in the pursuit of winning the vote for women, they lobbied for female enfranchisement that included the Home Rule Bill.  Irish Suffragettes heckled politicians or broke windows of Government Offices: eight women were arrested for the latter offence in Dublin on 13th June 1912 with each sentenced to either a fine or two months’ imprisonment.  [vi]

Margaret Connery told the judge in court that she was driven to smash windows because of the ‘intolerable grievances under which women had to live.’   In the eyes of the State ‘She was an outlaw; she was not a person.’  [vii]

Also, during that year; she heckled Winston Churchill.  [viii]

During 1913 Edward Carson & Andrew Bonar Law in Dublin provided speeches on Home Rule when Margaret Connery with Hanna Sheehy-Skeffington broke through the police cordon to try to shove their pamphlets into Carson’s hands.  They both led a protest against the fact that no female delegates were allowed into the closed talks also that Bonar Law refused to meet with any Suffragettes. [ix]

Mistrust of the legal system led several suffragists to set up a Courts Watch Committee to monitor several court cases.  During 1915 Margaret Connery arranged for the first speakers on ‘Suffrage’ in counties Longford, Leitrim also Roscommon.  When the British Government closed the North Sea for a few days around the International Women’s Conference during 1915 Margaret Connery chaired the Irish Protest Meeting in Dublin as Irish women were prohibited from being in attendance.  She based a talk to Dublin socialists also two articles in The Irish Citizen on the South African author Olive Schreiner’s Woman in Labour. (Therese Moriarty The Irish Times 2018)  [x]

Margaret Connery’s internment during November 1911 for one week was followed by her imprisonment for breaking windows at the Custom House during November 1912.  In January 1913 Margaret Connery was arrested for breaking windows of  Dublin Castle with one month’s imprisonment to follow.  During her confinement at Tullamore Goal, King’s County (now Co. Offaly) with Mrs. Hoskins & Margaret Cousins; she successfully publicized their hunger strike. [xi]

The Irish Citizen was edited by both Francis & Hanna Sheehy-Skeffington between 1912-1920.   Many of the IWFL members were represented in the publication during that time.  In addition to the invaluable letters pages also the ‘activities notice board’  that provided an insight into the views or activities of all suffrage groups, it also featured articles by men or women that represented a broad spectrum of groups, local branches with their supporters.  In the Saturday 8th June 1912 issue of the Irish Citizen the editorial outlined its aims: ‘(a) to form a means of communication between Irish Suffrage Societies and their members, (b) to provide a reliable source of publicity for suffrage activities in Ireland, (c) to provide a means of cheap and effective propaganda.’   For the aims to be achieved the editors requested that, ‘(a) all responsible officers of societies will send reports of meetings and notices of forthcoming events, (b) all suffragists should induce newsagents to display copies and posters, (c) those who have the power of expression will send us articles, notes and letters.’ [xii]

Part of the Irish Citizen’s  feminist agenda discussed a very wide range of issues that affected women or girls while socialist voices argued that working – class women required traded unions, better working conditions plus the need to lead themselves plus decide their own priorities.  Mrs. Priestly Mc Cracken & Marion Duggan were among contributors who regularly penned articles on the incidence of domestic violence also sexual assaults in Irish society.  They also argued that the legal profession with the judiciary did not take such offences seriously.  Attempts to eject ‘ladies’ from some Dublin courts prompted the question: ‘when will men realise that women are part of the public? that they are fully entitled to be present at all cases open to the public.’  [xiii]

Margaret Connery commented in the 28th December 1912 edition that ‘the Votes for Women movement is but a side issue of a much greater and more far-reaching problem.  It is true that the Votes for Women movement is the chief manifestation of feminism in these countries; but through public attention has been particularly focused on this one phase of feminism, the girl who first defied conventions by riding a bicycle…the poorest and meanest woman anywhere who is revolting against the conditions of her life and longing for a chance to relieve its monotony-all these are part and parcel of the great uprising amongst women.’  Another quote by her was ‘In Ireland, as elsewhere, public morals must continue in an unhealthy state while we tolerate the shameful double moral standards.’  [xiv]

Among Margaret Connery’s various interests were The Irish Red Cross also the Irish Linen Worker’s Union. She participated as a delegate to review the destruction of Tipperary & Cork by Ireland’s wars.  [xv]

According to Watkins Sarah & Beth 2014 Ireland’s Suffragettes: the Irish Women who fought for the vote The History Press  stated that during 1918 Margaret Connery chaired the Conference of Cumman na dTrachaire; an organization set up to monitor the political environment in respect of women’s interests according to this site: https://www.amazon.com/Irelands-Suffragettes-

‘You never saw such excitement‘…info / photo of Meg Connery with other suffragettes at the 1918 Election of Countess Markievicz may be viewed at: https://artsandculture.google.com/

Margaret Connery with Kathleen Emmerson in Green Street Dock, Dublin from the 1912 private collection photographs at Trinity College, Dublin is featured at this link: https://artsandculture.google.com/

The General Prison Board Suffragette Papers of 1908-1919 are available on this site:  https://www.archivesportaleurope.net/ead-display/-/ead/pl/aicode/IE-NAI/type/fa/id/GPB/unitid/GPB_SLASH_SFRG_SLASH_1/page/4

Also may be of interest: Prison poetry by Irish suffragette in Holloway: https://www.indietours.biz/blog/2018/7/26/prison-poetry-by-irish-suffragette-in-holloway

The National Library of Ireland featured an image of the Tullamore Suffrage prisoners in their exhibition From Ballots to Bullets 1918-1919’  in the National Photographic Archive Dublin event during 2015-2019: http://catalogue.nli.ie/Record/vtls000670101/HierarchyTree

Dáil Eireann Minutes of 6th February 2018 reports that the Minister for Culture, Heritage, & the Gaeltacht Josepha Madigan opened a debate on the Centenary of Women’s Suffrage plus the granting of votes to several women during 1922.  Margaret Connery was referenced among many ladies by deputies Ruth Coppinger & Joan Collins who also paid tribute those women; Several contributions may be viewed online at: https://www.oireachtas.ie/en/debates/debate/dail/2018-02-06/29/

Louise Ryan stated in The Irish Times  10th December 2018 re the 1918 election in Ireland that Margaret Connery has a humorous quote in The Irish Citizen ‘That having opposed votes for women for decades-politician of every persuasion now chased the female vote.’  Ryan’s article may be read at this link: https://www.irishtimes.com/culture/heritage/why-did-only-two-women-stand-for-election-in-1918-1.3697445

The National Archives article on suffragettes at Prison in Ireland may be viewed at this Link: https://www.nationalarchives.ie/article/suffragettes-prison-conditions-ireland/

An article on Meg Connery in The Mayo News  by John Healy  titled The Night that started the Westport Rowl.  Michael Casey documented Meg Connery’s life in The Mayo News’ 23rd December 2020 on pages 18 / 19.  Meg Connery is reference with images in the Dublin City Council’s History on your Doorstep  vol 1 (NBC)

[iv] When Freedom was in the air (https://www.independent.ie/opinion/comment/when-freedom-was-in-the-air-irish-suffragettes-took-steps-to-win-equality-36206599.html ) [Assessed 5th August 2019]

[vii] When Freedom was in the air (https://www.independent.ie/opinion/comment/when-freedom-was-in-the-air-irish-suffragettes-took-steps-to-win-equality-36206599.html) [Assessed 5th August 2019]