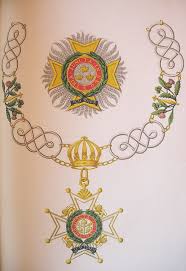 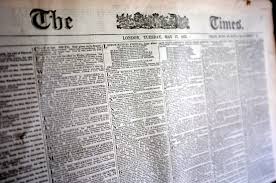 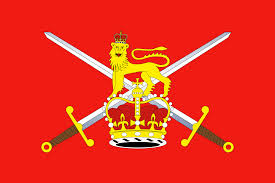 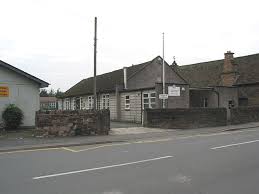 This military officer was a C.B. C.V.O, K.C.V.O, G.B.E.  He founded S.S.F.A. during 1885. Colonel Gildea wrote a letter to The Times  newspaper on behalf of the families of soldiers & sailors on active service.

The Gildea’s established their estate at Port Royal in Co. Mayo from early in the eighteenth century.  They held an estate of church lands in the parish of Ballyovey, Barony of Carra. Thomas Fair of Roundfort was agent to James Gildea during the 1830’s: https://landedestates.ie/family/560

James Gildea was born in Kilmaine, Co. Mayo during 1838.  He was son of James Gildea of Gologh & Fort Royal, High Sherriff of  Co. Mayo also grandson of Rev. George, Provost of Tuam: https://en.wikipedia.org/wiki/James_Gildea

James Gildea was born on 23rd June 1838 in Kilmane, Hollymount, Co. Mayo.  He was  third son of the Rev. George Robert Gildea (1803-87) Provost of Tuam & Esther Gildea (née Greene) of Greenmount, Co. Wexford.  The Gildea’s had settled in Mayo during the early eighteenth century & provided several High Sheriffs within the county. (Hourican Bridget October 2009) [i]

James Gildea was educated at St Columba’s College, Dublin.  He attended Pembroke College, Cambridge (25 June 1855) but did not graduate: https://www.dib.ie/biography/gildea-sir-james-a3472

During the Franco–Prussian War (1870-1871) Gildea served with an ambulance unit: https://en.wikipedia.org/wiki/James_Gildea

James Gildea rose to the Rank of Major & Colonel in his chosen career.  He commanded the 6th Militia Battalion at Royal Warwickshire Regiment from 1890-1898. [vi]

His chosen career was the military.  James Gildea wrote a letter of petition to The Times newspaper dated Monday 23rd February 1885. [vii]

Both his brothers were in the army.  James Gildea retired from active service after 1871.  From 1890-1898 he was Colonel of the 6th Battalion Royal Warwickshire Regiment.  He was appointed Honorary Colonel of the 4th Battalion of the Regiment during 1909. [viii]

Gildea founded the Soldiers & Sailors Families Association during 1885 with Princess Alexandra as founding president (for thirty years)  Later it was renamed to add Airmen to the title during 1919.  This S.S.F.A. that Gildea worked with (without remuneration also refusing a salary of six hundred pounds in 1889) had as honorary secretary his daughter Kathleen (1866-1951) followed by her husband Sir George Edward Wickham Legg for over thirty years.  Gildea founded the Royal Homes for Officers Widows & Daughters at Wimbledon, England. [ix]

Colonel Gildea raised £12,000 during 1879 for the relief of the widows & orphans of those killed in the Zulu war.  The following year he raised a similar amount for those affected by the Afghan war.[x]

The foundation he funded in February 1885 became his most successful venture: the Soldiers’ & Sailors’ Families Association (SSFA)  The SSFA benefited from Royal Patronage as in January 1901 it had raised £750,000 for widows & orphans of the Boer war.  With the Princess of Wales Alexandra Royal Patronage it raised a further £750,000 when she was Queen.  On her suggestion the SSFA became the SSAFA in 1919 as Airmen’s families were added to the title. Colonel Gildea established the Royal Home for Officers’ Widows & Daughters during 1904 at Queen Alexandra’s Court, Wimbledon.  During 1955 at the SSAFA’s seventieth anniversary it had one thousand-five hundred branches worldwide. [xi]

He was an extremely successful philanthropist.  From 1885 to his demise he served as chairman & treasurer of his initial foundation.  Gildea acted as organizing secretary of Queen Victoria’s Jubilee Institute for Nurses from 1890-1895.  He was founder also one time treasurer of St. John’s Ambulance Association. [xii]

Colonel Gildea’s publications included The Order of St John of Jerusalem in England, The St John Ambulance Association.  His The Gildea’s of Port Royal & Clooncormack referenced memorials that had been erected in the UK & the Dominions to British Officers in the Boer War. [xiv]

Colonel Sir James Gildea was an eager letter-writer to The Times  newspaper.  Colonel Gildea was particularly assiduous in petitioning for memorials to Queen Victoria, King Edward VII & the Soldier Victims of the Boer war. [xv]

As the Second Expeditionary Force set sail for Egypt Major Gildea wrote a forceful letter to the Times appealing for Funds and Volunteers to look after the Service Families left behind.  Within three months, the charity was born and the then Princess of Wales (the future Queen Alexandra) was appointed President.  By the end of the first year; two hundred and thirty-one Women and four hundred and sixty-six Children had received grants totaling five hundred and fifteen pounds and ten shillings.

TO THE EDITOR OF THE TIMES.
Sir,-Ample provision having been made under recent
regulations for the relief of the widows and orphans of
our soldiers and sailors who may be killed or die of disease
or of wounds in war, a further responsibility and duty
now devolves on the country in seeing that the wives and
children of those ordered on active service are not
altogether forgotten, or that the cry of poverty and want
be not added to that of suspense and anxiety.  The Government
“Separation,” allowance, together with that stopped
from the pay of the soldier himself, is for his wife 1 s. and
for each child 3 d. per day; whereas no provision whatever
is made for the many respectable women, married with or
without leave, who are not on the strength of the regiment.
For both I would venture to make an earnest appeal, but
especially for the latter, wholly unprovided for, and who
in a somewhat extended experience in the distribution of
former funds, I have invariably found a most deserving class.
I shall be glad to receive subscriptions and to’ hear
from any who would be glad to help in this movement.
All amounts received will be acknowledged in the daily
press.
I have the honour, to be, Sir, your obedient servant,
JAMES GILDEA, Major, late ‘Treasurer and Hon.
Sec. Zulu, Afghan, Bombay, and Indian Patriotic
Fnnds.
20, Phillimore•gardeus, W., Feb. 21. [xvi]

Coverage available at this link: https://www.thegazette.co.uk/London/issue/31840/supplement/3757

Tom Gillespie penned an article with an image of  Colonel Sir James Gildea in The Connaught Telegraph  9th October 2021: https://www.con-telegraph.ie/2021/10/09/local-history-kilmaine-native-was-highly-decorated-british-military-officer/

James Gildea was referenced in an article New Knights in The Times 1st November 1902 no. 36914. (London) (page 11): https://en.wikipedia.org/wiki/James_Gildea