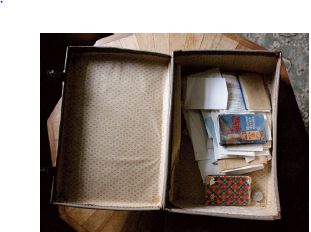 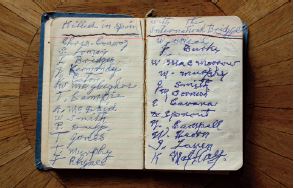 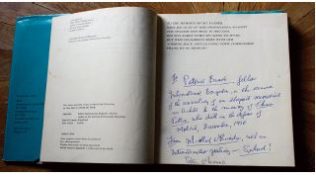 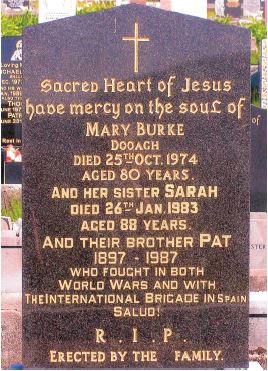 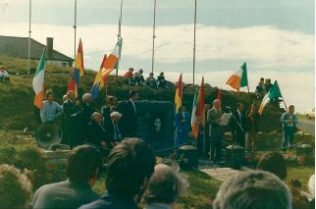 zoom
On Sunday 16th November in honor of the 27th Anniversary of his death, The International Brigade raised a flag at his grave in Slievemore
Achill Link Magazine 2015

Fought In The Wars

Pat Burke was born in Dooagh, Achill Island on 25 December 1897. He fought in the Spanish Civil War as well as the First World War and the Second World War. After the Second World War he settled in Glasgow, Scotland but moved back to Mayo in 1982. In common with others from across Ireland, Britain and over 50 countries around the world, Pat joined the International Brigade as a volunteer to fight in the Spanish Civil War. The volunteers held a range of political beliefs, and many were Communists, but their common cause was the defence of democracy and the legitimately elected republican government against the rebel nationalist coup. This coup was led by General Franco and supported by a broad range of right-wing and fascist groups inside Spain, as well as by Hitler and Mussolini.

Pat sailed for Paris from Newhaven on 15 January 1937, and then continued his journey to Spain by train, arriving at the headquarters of the International Brigade in Albacete sometime towards the end of the month. At Albacete he was entered into The British Battalion Arrivals Book as Number 351 (Many Irish emigrants who had settled in Britain would have joined the British Battalion in Spain). He served in the No 1 Company, which was commanded by Kit Conway and included the remaining Irish in the British Battalion (most preferred to fight alongside the Americans in the Abraham Lincoln Battalion). He was mistakenly reported as Missing/Killed In Action but was admitted to hospital as wounded. He appeared before the International Brigade Medical Commission, was found unfit for further military service as a result of his wounds and given a medical discharge from the Brigades. Issued with an Emergency Passport by the British Consul, he was repatriated to Scotland at the end of September 1937. Tomás Mac Conmara’s recollections of Pat are the best records we have of his life. Tomás believes he fought at the Battle of Jarama.

In his own note-book Pat says: “The International Brigade went in with the British Battalion on the 12th of February 1937 with 453 men at the Jarama front and kept the road to Madrid open”. He remembers Pat telling him that he once had to kill a Francoist soldier at close quarters with a bayonet. After the Second World War, he settled in Glasgow and visited Mayo with his wife in 1946 or 1947. He served in the Merchant Navy, travelling the world, but lived in Scotland until his return to Mayo in 1982. Tomás got to know him during a visit to Scotland in the 1970s and says “I felt I was on his side”. Tomás says Pat’s mother and sisters in Mayo suffered by association with him due to the links between the International Brigades and the international communist movement, at a time when many people in Ireland, and the Catholic Church, were virulently anti-Communist. According to an article in the Irish Times on February 4th 1985, the largest collection fund of £43,000 organized by the church at that time was for Eoin O’Duffy, the general who recruited and led the volunteers in the ‘Irish Brigade’ who fought for Franco in Spain in the ‘Crusade against Communism’.

Pat himself denied ever being a communist and described himself as a socialist who believed in democracy. He remained a practising Catholic all his life. His impression is that “he was fighting [in Spain] for a cause he believed in – to preserve democracy”. Pat was present at the unveiling of the Thomas Patten memorial on Achill in 1984 and Tomás has a copy of Michael O’Riordan’s book on the Connolly Column with a handwritten dedication on the front page from Michael and also signed by Peter O’Connor. He died on 16 November 1987 in Castlebar and is buried in Slievemore graveyard on Achill, in the same plot as his sisters Mary and Sarah. On Sunday 16th November in honor of the 27th Anniversary of his death, The International Brigade raised a flag at his grave in Slievemore. SALUD!

Thanks to Tom McNamara for forwarding on the story to the Mayo Genealogy ‘101 Mayo People’ project.