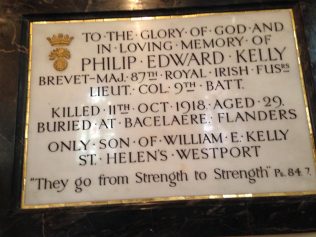 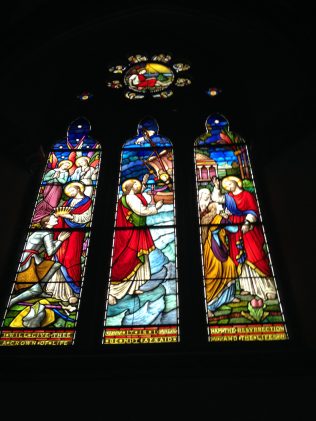 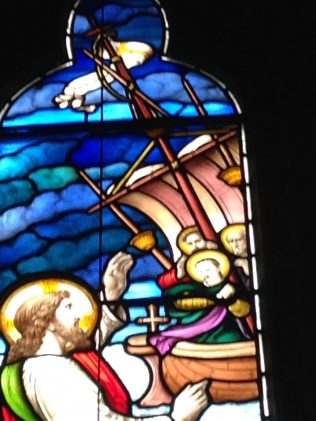 “In Flander’s Fields, where the Poppies Blow”

In Flanders Fields where the Poppies Grow

Between the crosses, row on row

That mark our place, and in the sky

Scarce heard amid the guns below

We are the dead, short days ago

Loved and were loved, and now we lie

Take up our quarrel with the foe

To you, from failing hands, we throw

The torch, be yours to hold it high

If ye break faith with us who die

We shall not sleep, though poppies grow

Composed at the Battlefront, May 1915 by Lieut Col John McCrae [i]

Flanders Fields are an expanse of battlefields where many lost their lives during World War 1, in Belgium and France and what was known as the Western Front. “Ireland’s Memorial Records 1914-1918” (names of Irishmen who fell in the Great European War 1914-1918.) was a publication that was made available for approx. 150 libraries throughout the UK. Approx. 200,000 Irishmen and women signed up for WWI. This war had the most severe loss of all, up to 16 million were killed and 20 million wounded. Though exact numbers of Irish war dead is not known, It lists 49,000 names- –e.g. Name, Rank, Regiment, Reg No, Places of  Births and marriages. 30,986 gave Ireland as their birth country, 11,299, of these were from Northern Ireland, others from remaining counties, but in some the exact county not recorded.[ii]

We are fortunate in Mayo to have the beautiful Mayo Peace Park and Memorial Garden in Lannagh Road in Castlebar. This garden and its memorials pay tribute to our Mayo war dead, and includes the fallen in all wars. Michael Feeney, Castlebar whose Grandfather Patrick Feeney fought in WW1 was the founder of the wonderful monument. He was awarded an MBE for his achievements.  Michael has two books written on the subject “Remembering Mayo Fallen Heroes” and “Mayo Comrades of the Great War”.[iii]

Philip Edward Kelly was one of the fallen in Flanders fields. Philip was the son of William and Edith Kelly from Westport, Co Mayo, his wife was Elizabeth. Philip was a Lieutenant Colonel and was in the 1st Battalion of the Royal Irish Fusiliers, he was serving in the RHA (Royal Horse Artillery) at the time of his death.

Philip died in action on October 10th 1918 at the early age of 29 years. He is buried in Dadizeele Cemetery in Belgium in Grave no 11.D.8. Dadizeele has 1029 Commonwealth War Burials of fallen soldiers from WW1 and 158 of these are unknown.  [iv]

Holy Trinity Church in Westport was built in 1868, by some Church of Ireland Parishoners and its benefactor George John Browne, Marquess of Sligo has many memorial plaques erected in memory of those who have fallen in various wars.