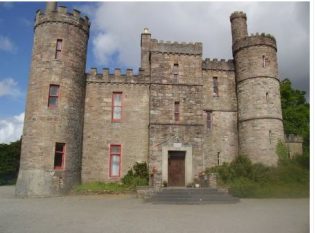 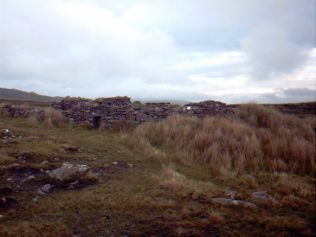 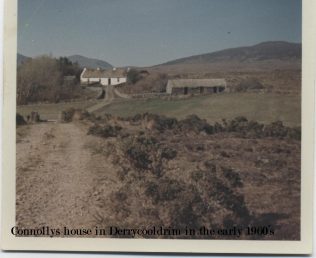 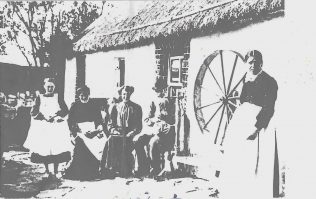 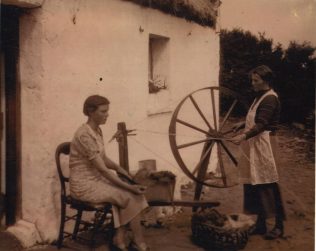 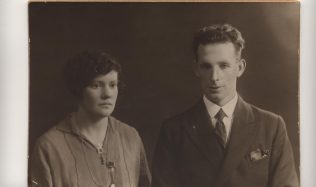 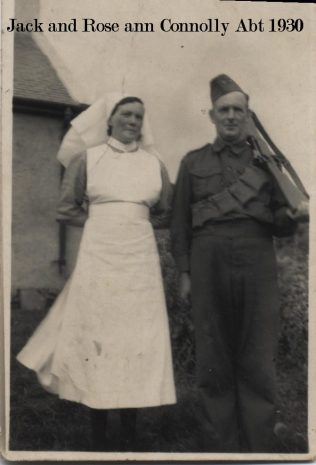 Had Jack Connolly not scaled that wall of Galway Jail on the 3rd March 1923 would he have been executed with six others on the 11th April 1923. On that day six republican prisoners from Galway jail were taken to Tuam and shot. He had been captured by the Free State army on 1st Nov. 1922 at Gallagher’s house in Aughagowla Beg, Fahy, Newport. As leader he surrendered being outnumbered 20 to 250. In order to let his 17 men escape, he and two companions stayed behind. After they surrendered, they were rushed and Jack was fired on at point blank range but luckily for him the bullet went out between his left arm and body. Jack was sent to Athlone and later transferred to Galway Jail. (Poblacht na h-Eireann, No. 109, Dec. 1922).

Jack escaped just days before the last of Joe Baker’s republican column were captured in the townland of Gortnaheltia, Glenhest Newport on 7th of March 1923. Fourteen men were captured and were court-martialed, most were sentenced to death but none were executed. After his escape Jack made his way to Leenane on foot, and from there he crossed to Rosturk by boat on the northern shore of the bay.

Family lore tells us that Rosturk Castle was the “safe house” for himself and his companions, where they laid low for some time. Who would even suspect that they were guarded in such a safe haven? Indeed it was not for the first time that the much liked and respected Stoney Family came to the rescue of the natives. When they moved their residence from Rossyvera to Rosturk c.1870 they created much needed employment by extending the castle and developing the farm. Thus supporting with fair wages, a large number of tenants who otherwise would have to immigrate.

Jack was working on the railway in Roscommon when he first mentioned to his work-mate and brother-in-law, Pat McLoughlin that he was about to join the Volunteers. He already had his mind made up but Pat tried to change it by taking him home to his wife, Jack’s sister Bridget to talk him out of it. Bridget recently had suffered the loss of another brother, Peter Connolly in the Great War in Flanders and a second brother Michael came back so shell-shocked that he died young in Co. Home, Castlebar from a brain tumour in December 1936.  Failing this, they made him promise that he would never shoot anybody. In due course, he became leader of the Tiernaur Coy. Six members of which joined Gen. Michael Kilroy’s “Flying Column”. The six members were: Laurence McGovern, Newfield, Pat McLoughlin, Knockmanus, Michael Browne, Roskeen South, Paddy Mulloy, Carheenbrack, Jim Moran, Carrowsallagh, and Jack Connolly himself of Derrycooldrim. Jack took part in the Kilmeena, Skirdagh and Carrowkennedy ambushes during the War of Independence. He took the Republican side in the Civil War and was captured on 1st November 1922

Connolly (O Conghaile) is an old Mayo name (O Morain 2004) and a rare surname in Burrishoole Parish. Only one family of the name is listed there in the Tithes. Jack’s gr. grandfather Michael Connolly b. abt. 1800 was living in Shrafarna (Shramore) and got a lease from Neal O’Donnell Jr. on 1/5/1824 the  rent was £5.17.8p.(O Donel Papers , NLI)  He had at least one son Patrick(Paidin) who married Mary O’Donnell, their son John, born in Shramore abt. 1852 was Jack’s father.  He herded for Simes of Raigh in the 1870’s on his mountain farm in Ochillies about four miles west of Newport. When John Curran succeeded Simes John Connolly continued to herd for Curran and John came to live in Ochillies.  John married Ellen Mulgrew daughter of Bryan Mulgrew and Ann Moran of Knockbreaga – an adjacent townland – in 1881. The Mulgrew’s were weavers and had five looms in operation in their home at this time. Jack was born in Ochillies, Newport, Co. Mayo c.1894, the third youngest of nine children. The family rented a farm in Derrycooldrim after 1900 and moved there; the house in Ochillies was then abandoned as it was very remote. When the big grazing farms were bought out by the Congested Districts Board; Ochillies became a commonage in which John Connolly had a share; as well as the holding in Derrycooldrim.

When the Troubles Were Over

The civil war ended in April 1923 and Jack went quietly to England in the autumn of 1923. He got work in the construction trade. The skills he had learned on the railway and in the Flying Column stood by him and soon he had 200 men working under him. Jack married Roseanne Kilroy on 8th Feb. 1927 in St. Monica’s Priory, Hoxton Sq.,London. Roseanne was born abt. 1891 in Pollacopple, Belmullet. She was a cousin of Gen. Michael Kilroy. Her brother Jim later became a Fianna Fail T.D. for North Mayo.  He was one of Joe Baker’s men captured in Glenhest on the 7th of March 1923; Jim was one of that party sentenced to death.

All the couple’s three children, Peter, Sean and Mary were born in England. Roseanne and family came home in 1933, to work as district nurse in Tourmakeady. Jack did not come home till 1935 as he was completing three houses in Leeds. Back in Ireland, the family lived in the Nurse’s Cottage, Tourmakeady and in 1941 Roseanne was transferred to Ballinrobe and the family moved to Abbey St.  Jack worked for the Peat Development Co. during the Second World War and afterwards with Bord na Mona and then worked as a ganger with Mayo Co. Council.

John and Roseanne lived out the rest of their long lives in Ballinrobe.  People in Ballinrobe will tell you to this day how Roseanne brought them into this world. While Jack was always a familiar and jovial character around town willing to lend a helping hand and a listening ear to those around him. He was a daily communicant and had an unassuming disposition. Jack died on 12th September 1985 aged 91 years and Roseanne followed him about three years later on 31st December 1988 aged 97 years. The couple are buried in Ballinrobe Cemetery. May they Rest in Peace.

“As a young man,  I did what I thought was right for my country but if I had to do it all over again I would advise any young man not to take a life for any reason; it is not worth it”.

I acknowledge the permission of Sean Connolly’s widow, Esther and their son Brendan to include Jack Connolly’s unpublished Statement and thanks to Mary Jo Kearns for family photographs.