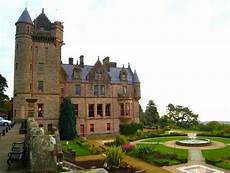 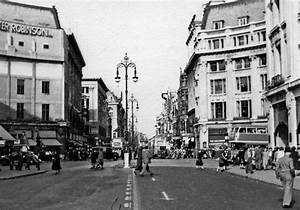 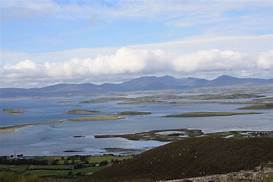 This medical doctor & military officer was an authority on all things military. He was an undisputed expert with a collection of small arms.

In an article by Michael Feeney: he stated that Major Mervyn Denis Clarke remembered from his youth the War of Independence in Easkey, Co. Sligo.  His father had served as a medical officer during the Boar War.  His homeplace was regarded as a ‘safe house’  by the auxiliaries where many wounded men were treated.  [i]

Mervyn Clarke studied in U C D during the 1930’s.  He served in the Officer Training Corps where he maintained that the group were entrusted to try out a new machine gun; on the basis that if a bunch of students failed to damage or lose part of it, then it would possibly be soldier –  proof !! Thus, the Bren was introduced that served the defence forces for over seventy years.  [ii]

On the outbreak of WW2 Dr. Clarke enlisted into the British army in Belfast. His commission was to the Royal Army Medical Corps attached to the Wiltshire Regiment, 14th army as a medical officer.  His tales of his adventures in Britain were numerous; one included that he briefed Winston Churchill on an occasion.  [iii]

Clarke served with the Churka soldiers in Burma.  He provided many amusing reports of his activities there also on Ramree Island.  He was mentioned in dispatches for performances outside his normal duties of an MO: one such was when he led an attack uphill against a Japanese position.  Another report of him referred to the introduction of the Sten gun; As the design was faulty Clarke recommended to the captain quartermaster that ‘he should lose at least one magazine in the jungle so that a supply of magazine springs could be reserved!’  Later they were successful in the attack on a Japanese patrol with the weapons; platoon collected souvenirs where the most important item was a Nambu pistol!  The arguments that followed as to who should keep it were solved by the Platoon Sergeant who proclaimed: ‘that the MO should receive it as he knew more about weapons than anyone else in the British army!’   [iv]

Following WW2 Clarke returned to University in England to study radiography.  With his qualification secured he was employed as the first radiologist in Castlebar Hospital, Co. Mayo. Later he also worked in Roscommon Hospital.  He became one of the leading radiologists in Co. Mayo.  [v]

Dr. Clarke’s hobbies included fishing & shooting.  As a noted angler he held the position of chairman of the North Western Regional Fisheries Board for several years.  He provided advice on game management also game development.  He was also an honorary member &  president of Belcarra Gun Club.  Dr. Clarke was an honorary member of Mayo Air Rifle Club.  Belcarra Gun Club honoured him for his dedication & commitment to the club. [vii]

Major Clarke was a most versatile medical officer; he performed several services outside his normal duties.  At his funeral service in Easkey it was observed that ‘this man, soldier, officer, doctor, family man plus friend was never known to have spoken ill of anybody.’  [ix]

The Burmese Community in Ireland commended Major Clarke for his work in Burma. [x]

Dr. Clarke lived for some time at Marina Villa, Rosbeg, Westport Quay while attached to Castlebar Hospital.  It was there that I babysat for him & family.  He was a very gentle, kind, intelligent yet a very generous man. (NBC)