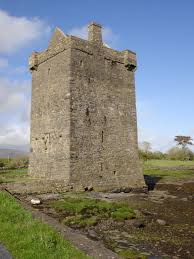 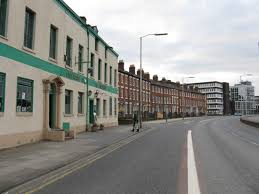 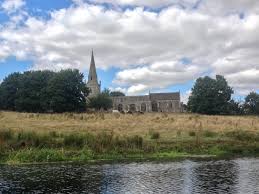 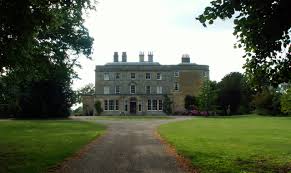 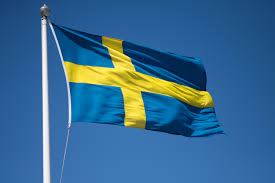 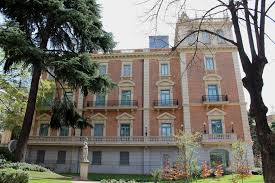 The Rockfleet Arbuthnot family estate according to the Landed Estates Database was located in the parish & barony of Burrishoole, Co Mayo.  [i]

They had many distinguished members including the following brothers;

Alexander was the son of Anne Stone & John Senior Arbuthnot FRS.  He was born on 7th May 1768 in Rockfleet Castle; his siblings were Charles, Thomas, Robert, Anne, Harriet, Francis, Sarah also Margaret.  [ii]

Alexander was ordained to the Established Church of Ireland on 2nd November 1794 in Limerick.  He was promoted to Vicar in 1801 of Annaghdown also Killascobe.  During 1808 he was appointed as Rector of Crossboyne & Kilcolman.  Between 1809 to 1816 he served as Archdeacon in Aghadoe.  He acted as Dean of Cloyne for the period of 1816 to 1823.  His elevation as Bishop of Killaloe & Kilfenora occurred during from 1923  He held that post until 1928. [iii]

Bishop Alexander’s demise occurred on 9th January 1828 in Killaloe, Co. Clare.  He is buried in the adjoining Cathedral Graveyard.  [v]

Robert Arbuthnot was the fourth son of Anne & John Senior. He was born on 19th November 1773. (Sibling’s names are listed above)  Robert had a very distinguished military career. [vi]

He enlisted in the army on 1st  January 1797 as a Cornet in the 23rd Light Dragoons.  Possibly his first action was at the Irish Rebellion at Ballinamuck on 8th September 1798.  It was reported of him ‘that few Officers took part in so many general actions, he was an Officer of conspicuous gallantry, and was remarkable for his quickness of eye and readiness of resource.’   He served with his regiment at Cape of Good Hope during 1906 also as Aide-de-Camp to General Beresford in South America.  He was captured as a P. O. W. for eighteen months prior to release under General Whitelock’s command. [vii]

When he left America he was appointed Captain in the 20th Light Dragoons.  He resumed his position as Aide-de-Camp to General Beresford at Madeira for the greater part of the Peninsula War.  He was later appointed to the post of military secretary.  Among his many battles were; Corunna, Busaco, Albuera, Nivelle, Nive, Orthez also Toulouse.  He participated in the first also the third siege of Badajoz, the sieges of Ciudad Rodrigo and Olivenza, also the passage of the Douro & Lines of Torres Vedras.  He served as Brigadier General in Portugal during 1830. Promoted to Rank of Major-General  commanded troops in Ceylon from 1838.  Later a further Division at Bengal until 1841.  Then he was promoted to Lieutenant-General.  From 1843 to 1853 he was Colonel of 76th foot regiment. [viii]

He was Awarded an Army Gold Cross with three clasps for the battles of Busaco, Albuera, Badojoz, Nivelle, Nive, Orthez also Toulouse.  For the battles of Corunna & Cuidad Rodrigo he was awarded the Military General Service Medal with two clasps.  Robert Arbuthnot was created Knight of the Tower & Sword of Portugal.  Robert Arbuthnot was presented with an Order & Special Star from the Portuguese Government.  During 1850 he was appointed a KCB. [x]

Anne Lohrli stated that a brief item Chip; an Equestrian Miracle. V, 519 14th August 1852  was written by General Sir Robert Arbuthnot ‘at the request of a few friends’ to give the correct account of his feat of Horsemanship at Land’s End during 1804.  It is the only article attributed to him in Biblio Cornub 1971 (University of Toronto Press) [xii]

Charles Arbuthnot was born during 1417 but most of his upbringing was with his mother’s family the Stones family.  Charles pursued a successful political & diplomatic career. [xiii]

Charles Arbuthnot married his first wife Marcia Anne Clapcott Lisle (born 9th July 1774-died 1806) on 28th February 1799 at Chomondeley House, Piccadilly, London.  She was Lady-in-Waiting to Caroline of Brunswick since 1795.  The four children of their marriage were General Charles George James, Caroline Emma, Henry also Marcia Emma Georgiana (who married William Cholmomdeley3rd Marquis of Cholmomdeley) she died on 24th May 1806.  He married a second time at Fulbeck, Lincolnshire Harriet Fane (daughter of Hon. Henry Fane born 1793) on 31st January 1814.  Harriet was fascinated by politics: she became an Hostess at society dinners for her husband’s friend the Duke of Wellington.  She penned an intriguing diary that catalogued political events; published as the Journals of Mrs. Arbuthnot during 1950. [xiv]

Charles Arbuthnot held the position of Under Secretary of State for Foreign Affairs from 1803 – 1804.  He acted as Joint Secretary of the Treasury during 1809-1814 with Richard Wharton then from 1814-1823 with Stephen Rumbold Lushington.  He was appointed First Commissioner of Woods & Forests in 1823 until 1828 when he became Chancellor of the Duchy of Lancaster until 1830. [xvi]

His career with the Diplomatic Services included Consul General to Portugal 1800-1801 also Ambassador of Sweden from 1802-1804.  He was appointed to Constantinople as Ambassador on 6th June 1804 until 29th January 1887. [xvii]

He spent his retirement, following his wife’s demise (during 1834) at his friend the Duke of Wellington’s home at Apsley House. [xviii]

A portrait of Right Hon. Arbuthnot by S. Gambarello is hung in Asley House while John Hoppner painted a portrait of Harriet that is held at the Foundation Lazzaro Galdiano in Madrid with an engraving of the portrait produced later by Joshua Reynolds.  Portrait by Sir Thomas Lawrence is displayed at Woodford in Northamptonshire. [xx]

He enlisted in the army as Ensign to the 29th Regiment of Foot on November 1795.  He was Promoted to Lieutenant in the 40th Regiment of Foot during May 1796.  He was Appointed Captain in the 8th West Indies Regiment during June 1798. Thomas Arbuthnot joined the Staff of the Quarter-Masters General Department from May 1803.  Promoted yet again to Major of the 5th West India Regiment on April 1808. Later he was appointed Assistant Adjutant General in General Picton’s Division during the Peninsula War. [xxii]

While at the two previous locations he was twice wounded but continued with his career that enabled him to become Lieutenant-Colonel.  In May 1810 he was appointed Deputy Quartermaster General at Cape of Good Hope.  During February 1812 he was appointed as Aide-de-Camp to Prince Regent.  In June 1814 he was promoted yet again to Brevet Colonel.  Thomas Arbuthnot was Awarded Knight of the Order of the Bath in 1815.  During May 1925 he attained the position of Major-General.  He was posted as Commander of a Brigade to Portugal in June 1826.  He commanded a division in Ireland prior to his attainment of the Rank of Lieutenant-General during June 1838.  He served as Colonel of 99th (Lanarkshire) Regiment of Foot from August 1836 followed by the 52nd Foot from December 1839. During 1842 General Sir Arbuthnot was appointed to the Command of the Northern & Midlands Districts in England. He served as Colonel of the 9th Regiment of Foot from December 1844 then of the 71st Regiment Highlanders from February 1848.

General Sir Arbuthnot’s demise occurred when he was aged seventy-two years at his residence in The Crescent, Salford on January 26th 1849. [xxiv]

John O Callaghan in an article titled Wolves, Windsor and a nod to the Caribbean inThe Mayo News 12th July 2022 referenced the connection with Mayo & Antigua also Alexander Arbuthnot (1768-1828) who was born in Rockfleet on 7th May & his first wife Susanna. (Bingham from Antigua) His siblings were Right Honourable Charles also Major-General Sir Thomas. (page36)