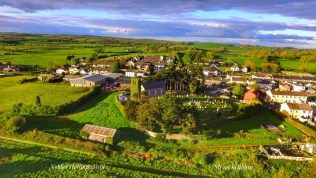 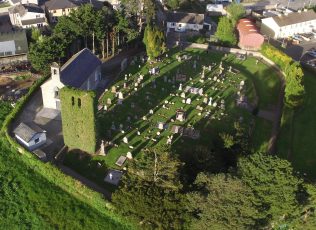 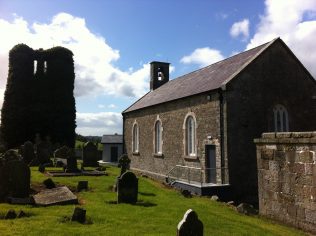 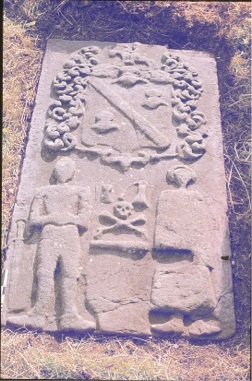 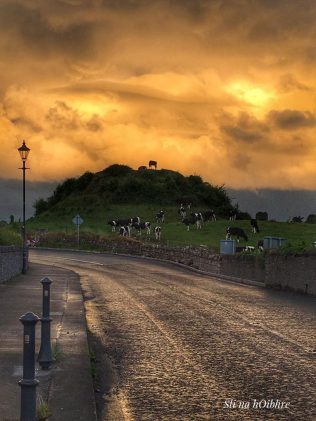 In 2016, the committee surveyed the cemetery and erected an information panel with a map plotting the location of all the known headstones in the graveyard. The panel also contains a short history of Nobber, which you can read below. Please feel free to visit the cemetery at any time, view the original panel and say a prayer for the soul of a loved one.

The St. John’s Group has also made substantial progress towards its objective of opening a new heritage-focused visitor attraction in Nobber. Our vision for Nobber Heritage Centre is for it to be a community owned-and-operated tourism, heritage and event facility which will attract visitors to the village and create a positive economic and social dividend for the local community.

The history of settlement in Nobber

The earliest settlement in the Nobber area dates from about 6,000 B.C. The inhabitants lived on small islands on a lake to the west of the present village, in the area known as Moynagh. These Mesolithic people were hunter-gatherers, surviving on what nature could provide. Evidence also exists of human occupation during the Bronze Age period, c.2,000 B.C. By early Christian times c.6th-11th centuries A.D., there was a well-established settlement here. Recent archaeological excavations have uncovered some very notable dwellings which were constructed on an artificial island, or crannóg. This habitation consisted of round houses, the inhabitants cultivated the local land and were also engaged in other activities such as elaborate wood-working and sophisticated metal-working. One of the buildings, a wooden roundhouse with a diameter of 11.2m is the largest known structure of this type from that time in Ireland. The richness and variety of structures and artefacts uncovered demonstrate that this was a highly significant settlement, very likely the home of a chieftain. In addition to the protected settlement of the crannóg at Moynagh, people also lived in the numerous ringforts constructed in the area. A number of local souterrains also date to this period.

During the following centuries Christianity flourished with the spread of monastic sites throughout the country and Nobber was no exception. Restoration of St John’s Cemetery revealed that the graveyard was the location of an early monastic type settlement dating from the 10th century. Whilst nothing remains of an early Christian church or monastic building, the discovery of nine High and Latin Crosses, as well as an excellent example of a medieval cross slab clearly demonstrates the existence of an important ecclesiastical site that was contemporary with the great monastic sites of Kells and Monasterboice.

The 12th century saw the old Irish monastic ways coming to an end with the arrival of the Cistercians and other religious orders from France bringing a continental influence on Christian life. The Norman invasion of the 1170s brought further social and political change. The Norman lord of Meath, Hugh de Lacy granted the barony of Morgallion to Gilbert de Nangle and a motte-and-bailey fortification was built at the northern edge of the village. Nobber owes its present-day street pattern to its origin as a Norman urban borough. The Cruises emerged as one of the most prominent Norman families in the area and their impressive tombs can be seen both in this graveyard and in nearby Cruicetown cemetery. In 1315 Edward de Bruce camped at Nobber before his victory at the Battle of Kells. Nobber continued to occupy an important strategic position on the borders of the medieval Pale, indeed in 1435 King Henry VI described it as ‘the key to County Meath’.

The Reformation of the 1540s in England also brought major religious change to Ireland. Protestantism became the official state religion, but the majority of the ordinary people held firm to their Catholic faith. The English crown, in its efforts to subdue the Irish, considered Catholicism a major threat. Fines were levied on Recusants, Catholics who refused to attend Protestant services. Indeed, Gerald Cruise, whose stone effigy stands at the cemetery entrance, was imprisoned in 1612 for refusing to identify local Recusants to the authorities. Of the medieval church at Nobber only the western bell-tower survives today. A new Church of Ireland building was constructed within the graveyard enclosure in 1771.

The Rebellion of 1641 and the Cromwellian wars that followed saw widespread changes in landownership not just in Nobber but all over Ireland. Although Lord Gormanston retained his large estates in the area, the local lands of other old Catholic families such as Cruise, Balfe and Plunkett were forfeited. New Protestant settlers were the beneficiaries of these confiscations, among them the Bligh family who replaced the Cruises at Brittas, which they held until the early 1990s. The Cruises retained a traditional cultural influence, however, and their hedge school at Cruicetown was attended by Turlough O’Carolan, born in Nobber in 1670. A Gaelic poet and harpist, O’Carolan emerged as the most renowned composer in Ireland during the era of the Penal Laws. Traditional Gaelic learning and poetry were cultivated in Nobber until the 19th century, much of which was recorded by the notable scribe, Peadar Ó Gealacáin of Ardamagh.

The restoration of St. John’s cemetery

In 1980 the old church was deconsecrated and became a domestic residence. Over the years the graveyard had become overgrown and uncared for. In 2004 a group of dedicated locals undertook to clean up the old cemetery, reinstate the hazardous boundary walls and pedestrian pathways and thus the St. John’s Old Cemetery Restoration Group was formed. Their discovery of the hitherto unknown ‘high crosses’ and other contemporary monuments led to a full survey of the graveyard in 2005. The initial role of the Restoration Group changed with these important new discoveries as the committee realised that it had a duty to conserve and protect these valuable artefacts. To aid in this objective, they purchased the old church building to use as an interpretative, display and educational centre for the rich heritage of Nobber. In July 2016, the church was renamed the George Eogan Cultural & Heritage Centre by President of Ireland Michael D. Higgins in honour of the acclaimed archaeologist and native of Nobber Professor George Eogan.

Since 2016, the St. John’s committee have done a huge amount of research into the archaeology and history of the Nobber area. This research has formed the basis of the detailed design plan for the new Nobber Heritage Centre to be housed within the Eogan Centre. The exhibition blueprint was worked out in conjunction with heritage consultants Tandem Design in 2019-20, partly funded by Meath Partnership through the LEADER programme. The design plan and associated business plan formed the basis of a strong and successful application to the Town and Village Renewal Scheme which in January 2021 announced funding of €200,000 for the heritage centre and some landscaping works in the village. The committee will work closely with Meath County Council in 2021 on completing the final fit-out stage of this project and hope to begin welcoming visitors sometime in 2022.

Thanks to the efforts and dedication of the St John’s Old Cemetery Restoration Group, the conservation, restoration and maintenance of this graveyard is secure for future generations. The committee can be contacted by email at nobberheritage@gmail.com or use the search term @nobberheritagecentre to find our facebook page.