You are here: HomenextExplore our archivenextTopicsnextTraditional Boats of Ireland’s Wild Atlantic Waynext“The currach fed the people”

“The currach fed the people”

Earlier this year I published a post on the energetic work behind a push to revive interest in the large, five-man currach once used in Béal Deirg, Co. Mhaigh Eo. Work by Currachaí na Sceirí, an east coast based group of currach enthusiasts, and others including locals from Béal Deirg (Belderg or Belderrig in English), resulted in what was truly a very special and emotional day in north Mayo on 30 July. On that day, for the first time in 69 years, Béal Deirg currachs raced in their natural waters. 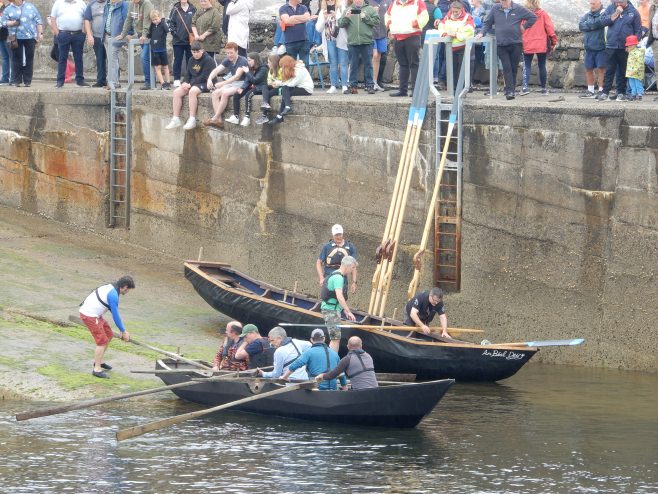 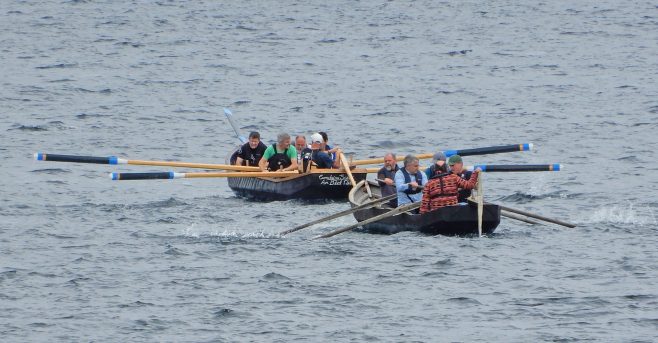 The importance of the day was probably felt more so by Breandán Mac Conamhna, than anyone else in Béal Deirg. Breandán was present the last time the currachs raced in Béal Deirg in 1953 and he was very much involved in organising the races all those years ago. This year, Breandán had the privilege of starting the race, which was signalled with the blast of a gun from the pier, just as his father had begun the race in 1953. 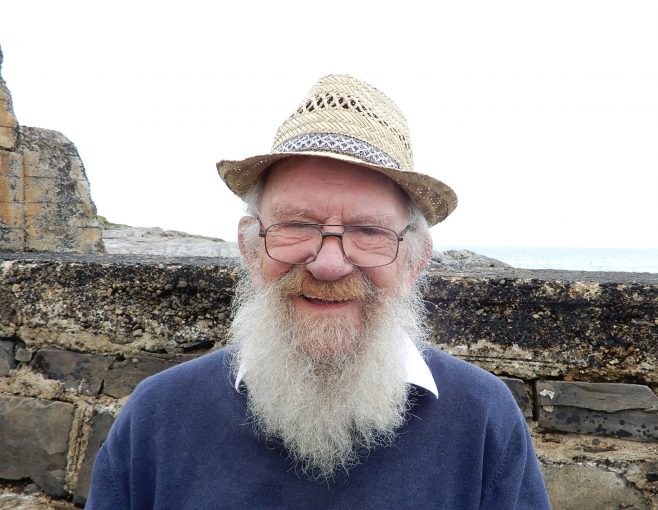 I was fortunate to interview Breandán before the racing began and I started by asking him about the history of currach racing in Béal Deirg. Currach racing began at Béal Deirg after World War II in 1946. Even though he was a boy of ten years old at the time, Breandán remembers it clearly; “Pat Regan won that race and every race until 1952. Pat’s team were in their forties by that time. Jimmy Corcoran, a neighbour of Pat’s, had put a new team together. The new team included two Walsh lads and two McHale lads who were in their late teens or early twenties which led to the team being called the gasúrs (youngsters). Pat’s team won, but by less than the length of a currach.” 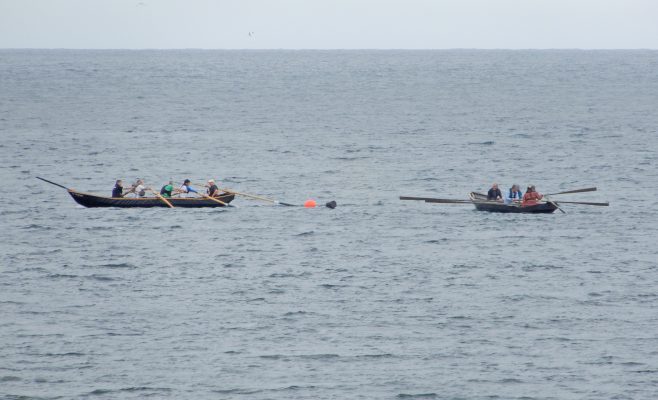 Currach races at Béal Deirg were originally organised by the graveyard committee and were run to raise money to acquire a crucifix for the local graveyard. By 1952, the committee had paid for the crucifix. So, in order to keep the races going, a number of locals went to Breandán’s father and asked him would he carry on the organising of the currach races. His father was reluctant and so, at the age of 17, Breandán joined the new race organising committee. 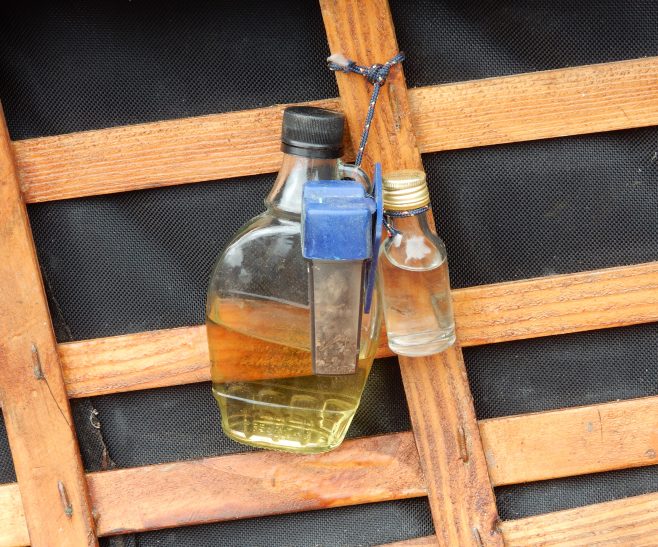 A bottle of whiskey, a container with Béal Deirg soil in it and a bottle of holy water in the Béal Deirg currach belonging to Currachaí na Sceirí rowing club. © National Museum of Ireland.

At one time, the currach was far more valuable to Béal Deirg and north Mayo than solely as a leisure craft. Breandán appreciates what the currach meant to families over the years; “The currach fed the people in Béal Deirg. In 1950, 50 men were fishing in ten currachs out of Béal Deirg.” Breandán’s love of place and people led him to write The Belderrig Curragh and Its People: Curach Dhún Chaocháin Agus a Muintir (2010). 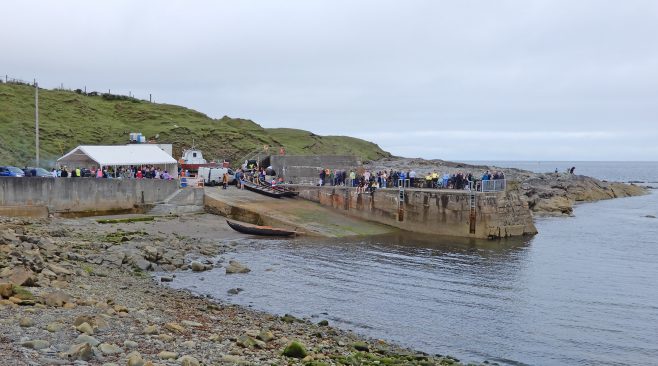 Sharon Ní Chuilibín recorded this year’s Béal Deirg currach races which can be watched on YouTube.