You are here: HomenextExplore our archivenextTopicsnextTraditional Boats of Ireland’s Wild Atlantic WaynextMayo defences against the wild Atlantic weather

In May 1955, the Director of the National Museum of Ireland, A.T. Lucas and leading Irish folklorist, Kevin Danaher travelled from Dublin to the Erris region of Co. Mayo to carry out a week of fieldwork. The Director’s handwritten fieldwork notes tell us much about how local people adapted to defending themselves and their livestock against the often-destructive weather experienced on the Mayo coast.

The two companions immediately met with changing weather soon after leaving Dublin city. Lucas recorded, ‘It was fine when we started but slightly overcast. As we went westwards showers became more frequent.’ By the time they had departed Ballina, Co. Mayo for Belmullet it had grown darker and wetter to the extent that Nephin mountain was hidden from view.

At Fallmore on the southern tip of the Mullet Peninsula, they came across ‘the remains of a curious structure’. On the structure’s sea side there was a rounded wall of sods on a footing of large stone that came to a height of about six feet. The sod skin was on the structure’s reinforced seaward gable. The small fishing settlement of Fallmore had by May 1955 been almost completely rehoused in clean neat little houses which made this structure conspicuous. This was not the only example of an additional sod skin buffer they logged.

A.T. Lucas sketch of ‘the remains of a curious structure’ at Fallmore, Co. Mayo, 1955. © National Museum of Ireland.

At Bangor, Lucas and Danaher called on Mícheál Mac Énrí. Mac Énrí was a retired national schoolteacher and had been collecting lore for the Folklore Commission since his retirement. As the growing team’s comprehensive survey continued, they came across structures made from sods and others from stone that Mac Énrí informed them were called seólthán (seoltán meaning shelter of structure). They were shelters for cattle wintering in the open. The shelters were aligned to take the force of the bruising westerly gusts. 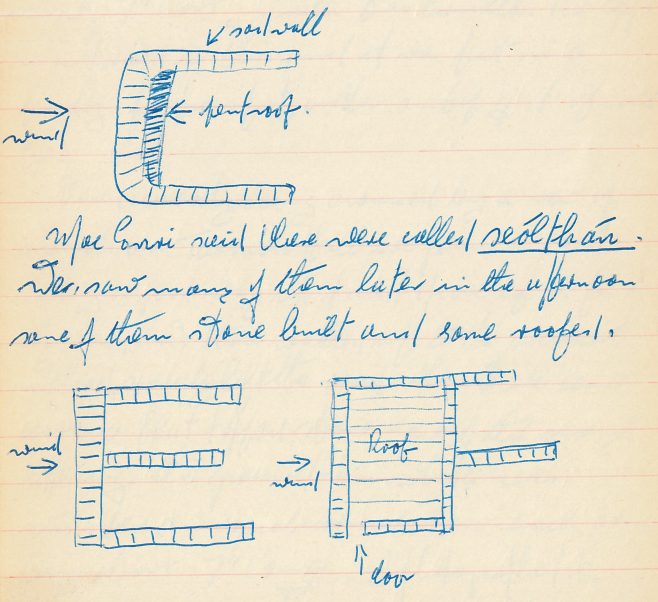 Of the village of Rathmorgan where the old rundale system of agriculture and field division was still practiced, Lucas noted ‘It was a strange place. The houses were frequently in pairs, end to end, forming one long roof. All had their gables to the sea and all faced the one way so that the front of one faced the back of the other’.

It is clear from Lucas’ drawing and photograph of the Rathmorgan houses that their alignment was designed to reduce impact on the buildings from weather coming in from the sea. 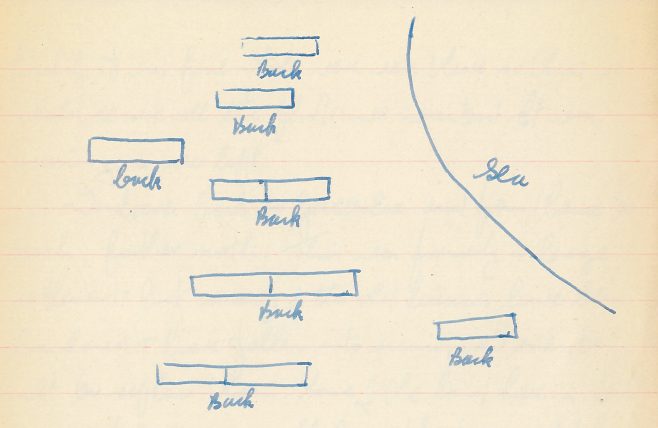 Houses in the village of Rathmorgan, Co. Mayo sketched by A.T. Lucas, 1955. © National Museum of Ireland. 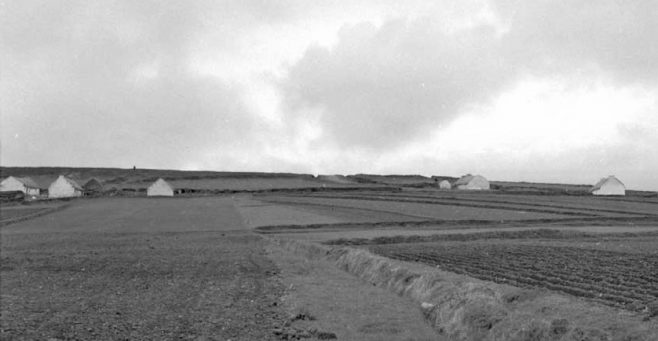 Alignment of houses in the village of Rathmorgan, Co. Mayo photographed by A.T. Lucas, 1955. © National Museum of Ireland.

The Mayo Currach Championship was taking place at Old Head, Louisburgh the week of the scholars’ visit and would have been a great source of information on the old seafaring traditions and challenges posed by the weather. The survey party did visit fishermen at Porturlin where they would have heard firsthand accounts of the often-unfavourable weather in northwest Mayo. 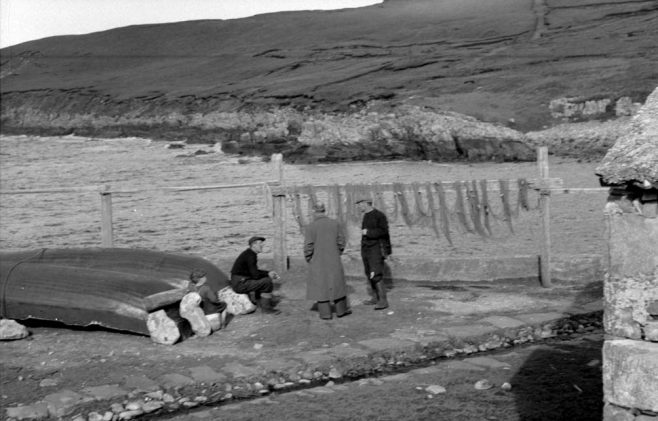 Two fishermen talk with Mícheál Mac Énrí beside currachs at Porturlin, Co. Mayo, 1955. Currach nets can be seen drying behind them. © National Museum of Ireland.

The fishermen explained that there were about fifty currachs in use presently for the fishing. Their fish were bought daily by Hanlons of Dublin and another merchant and sent by lorry to Ballina. Hanlons had been selling fish from their Cork Street premises in Dublin since the 1840s. 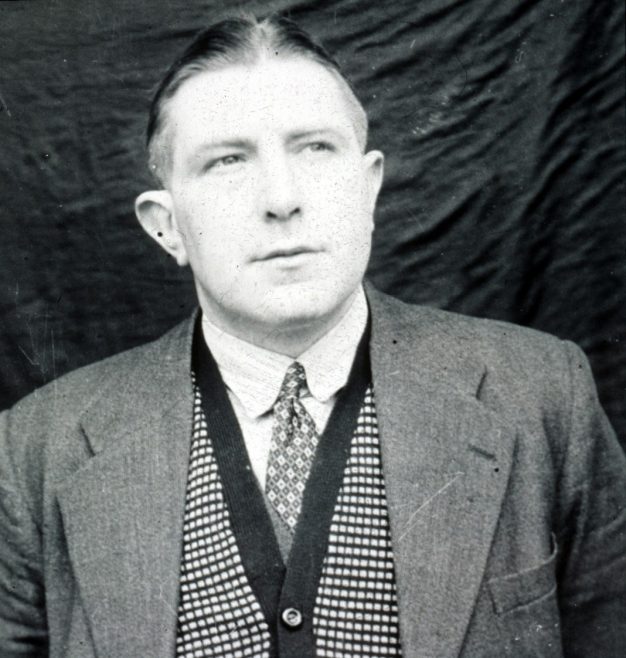