The National Museum of Ireland’s online exhibition Making a currach – Michael Conneely has resurrected strong memories and returned positive feedback from an audience keen to learn more about Mikey Conneely, the currachs he built and his home on the Co. Galway island of Inis Oírr (Inisheer).

I was delighted to receive an email recently from Anita White from the midwestern US state of Minnesota. At the end of a study year abroad in 1973, Anita had visited Ireland and fell in love with its culture. She had always been inspired by Irish literature and her father’s love of the writings of John Millington Synge in particular. As a young artist in the mid-1970s, Anita moved her life to the unknowns of Inis Oírr to record the island people’s way of life. After viewing our online exhibition, Anita contacted me to share her own tale of Inis Oírr and her time spent with Mikey Conneely. 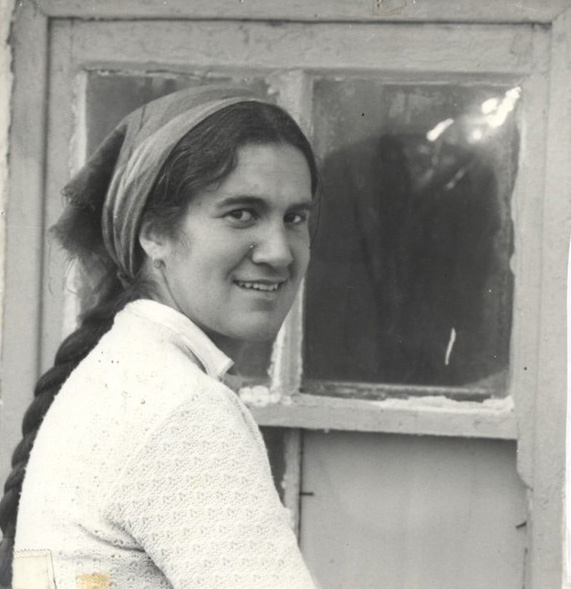 In September 1975, at the age of 22, Anita White stepped out of a currach and on to the shore of Inis Oírr. ‘There were rainbows dancing on the waters the day I arrived’, she later stated. ‘I knew it was a good sign’. She was introduced immediately to ‘the subtle personal politics of the island’ as she was reprimanded for arriving on the wrong currach. 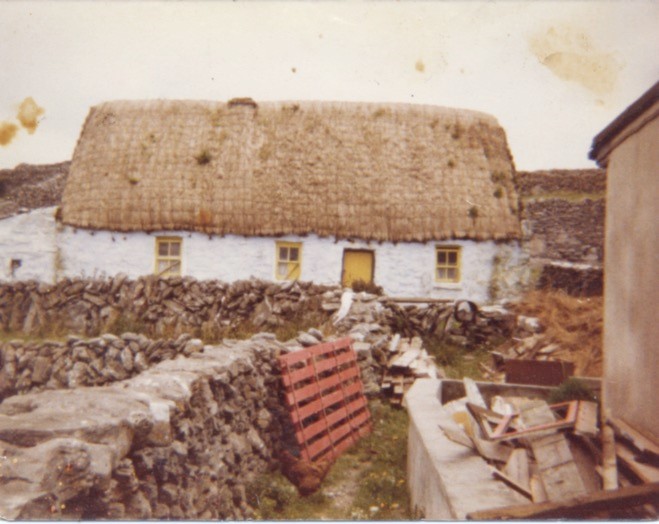 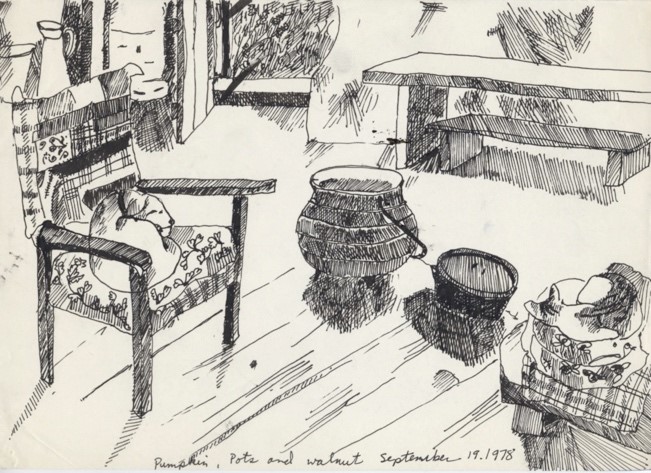 The simple interior of the cottage. © Anita White.

The storyteller Joe Martin once occupied the rented cottage in Castle Village that Anita would call home for the next three years. Many years on, Anita vividly remembers the echoes of the past occupants’ lives that she found on arrival at the cottage. ‘Joe Martin’s pipes, gnarled and worn, with cloth wrapped around them to keep them sound. His wife Biddy’s knitting needles were on the right side of the hearth in a similar dark nook. They were also wrapped round with cloth and thick with grease to keep them from rusting’. 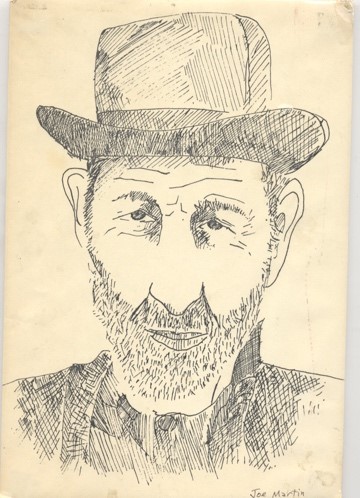 Anita befriended the currach maker Mikey Conneely and from the summer to the autumn of 1978, she recorded Mikey’s process of currach making from start to finish and wrote essays, poems and musings about each step in the process to accompany her drawings. Drawing Mikey was not permitted as he ruled, ‘You can draw the currachs, but you can’t draw me’. 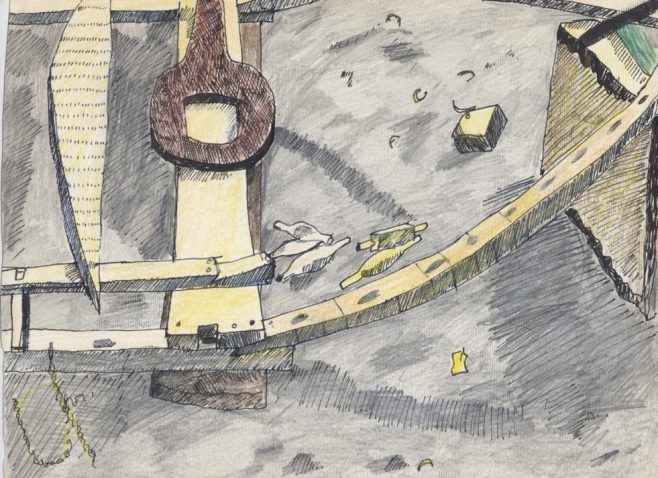 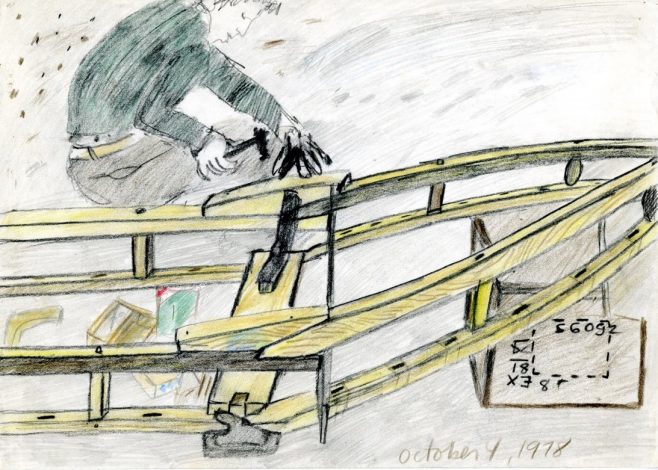 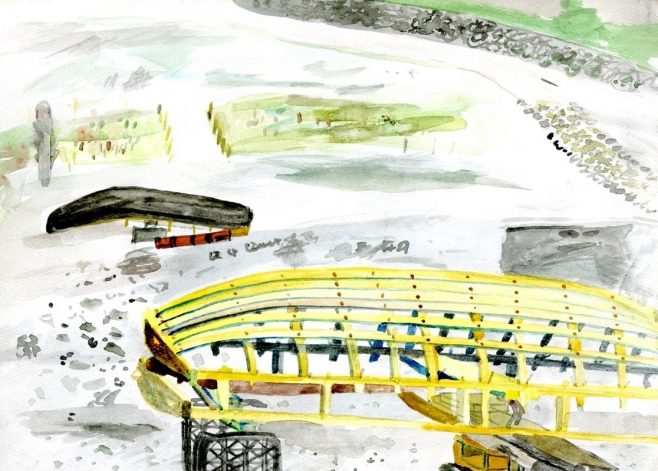 ‘The golden bones and golden ribs of the currach’. © Anita White.

Anita had known Mikey and his wife Sarah Teresa since moving to Inis Oírr. Anita recalls that Sarah Teresa was constantly busy keeping house and looking after her family. Mikey was proud to display the skills of currach making he had learned from his father. Anita got a sense that Mikey’s living and working only metres from the sea had developed a close relationship between the two. The sea was ‘in a constant conversation with him’.

My thanks to Anita White for sharing her story and allowing the use of her images.