You are here: HomenextExplore our archivenextTopicsnextTraditional Boats of Ireland’s Wild Atlantic WaynextThe rebirth of a nobby in south-east Galway

The rebirth of a nobby in south-east Galway

I had a very welcome email recently from John Tynan, the secretary of the Cork-based currach rowing club Naomhóga Chorcaí. John had read in Afloat magazine that the National Museum of Ireland had made an online exhibition ‘Making a Currach – Michael Conneely’ available for viewing to the public and he very kindly offered his assistance in my fieldwork and outreach along the Atlantic coast. It was perfect timing. With inter-county travel restrictions now lifted, I was busy planning a return to the road. I eagerly took John up on his offer and after a series of emails, I had the details of a number of groups and individuals that would undoubtedly add significantly to my growing bank of information.

One contact address in particular caught my eye. Woodford may be a 50 kilometre drive from the ocean, but hidden in that village in the south-east of County Galway is a unique boat building project. For the past three years, Mattie O’Malley has been building a 40 foot nobby at the yard of his timber construction business. 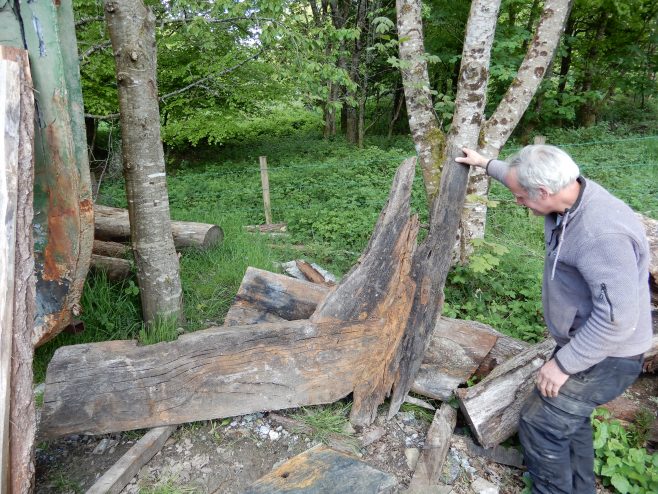 Mattie O’Malley holds up a section of the stern of the ‘Santa Maria’. 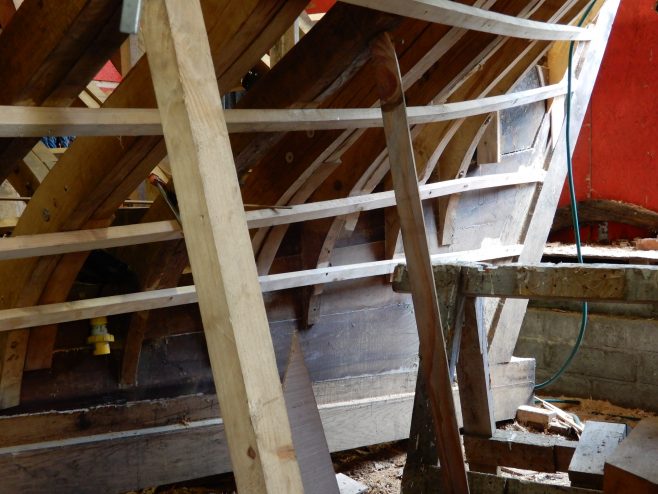 The stern of Mattie O’Malley’s nobby.

The original keel of the ‘Santa Maria’ was made from beech and the planks were made from pitch pine. The keel and frame of Mattie’s nobby are made entirely of oak and were almost complete at the time of my visit. The planking of 1½ inch thick larch will be worked on next. There will be two masts when complete and they will hold what is known as a dandy rig. The finished boat will be decked off and have a galley. 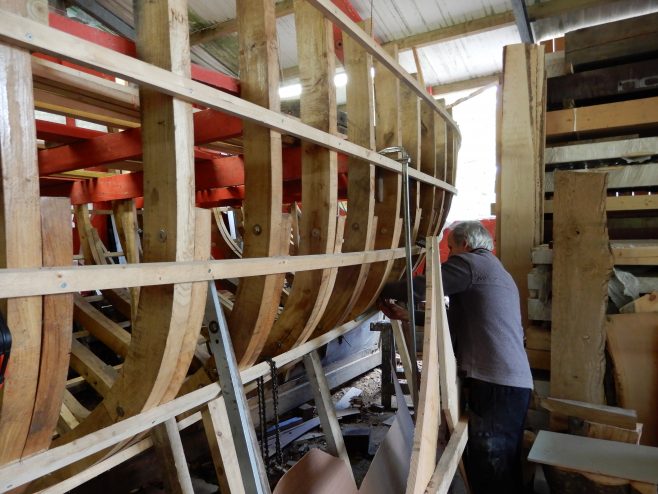 Mattie O’Malley working on the frame of the nobby. 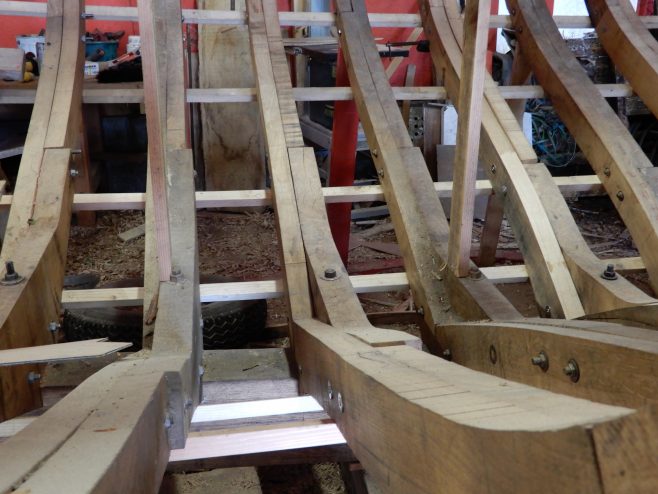 While obviously talented in working with wood, Mattie sails and has a knowledge of the history of the nobby that he acquired partly while researching the boat on the Isle of Man. The Congested Districts Board encouraged the use of newly built Isle of Man type nobbies among Irish fishermen after its establishment in 1891. By the early years of the twentieth century, and for a number of reasons including changes in the arrival of fish shoals to Irish shores, the nobby was rapidly becoming more popular than larger boat types.¹ 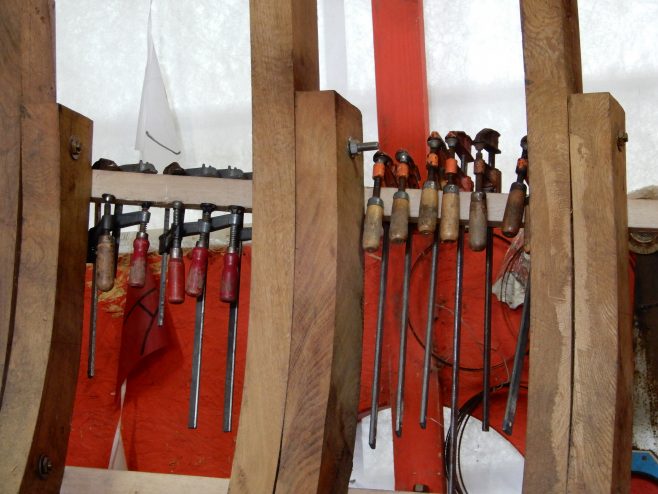 Clamps used by Mattie O’Malley when building the nobby.

The use of the nobbies declined as working boats, like most sail powered craft, and it is rare to find an example in good condition today.² That makes the work of Mattie O’Malley all the more important. When completed in several years, Mattie’s labour will have reproduced a maritime classic.

¹ Report of the Inspectors of Irish Fisheries on the Sea and Inland Fisheries of Ireland for 1901.

My thanks to Mattie O’Malley for his time and information and to John Tynan, Naomhóga Chorcaí.