You are here: HomenextExplore our archivenextTopicsnextTraditional Boats of Ireland’s Wild Atlantic WaynextAn afternoon with a currach fisherman

An afternoon with a currach fisherman

Standing at Port an Chuaille on Clare Island, I scanned beyond the quiet pier and tried to imagine what the seascape would have looked like when working currachs delicately hugged the lobster rich rocky coast and crisscrossed the choppy waters on route to the better local fishing areas. I did not have to imagine for long when a fisherman appeared on his motorbike and began to ready his currach for a day’s work. I watched as he headed west in his currach and knowing he could be out for some time, I was determined to stay close so I could talk to him when he came back in.

Out on the ocean. Michael Gallagher, Clare Island. © National Museum of Ireland.

As I went about other business, I kept an eye on the ocean and attempted to track the fisherman as he slipped in and out from behind rocks. After a couple of hours, he returned and I introduced myself to Michael Gallagher. Michael had been out fishing in his 17 foot currach that he had built himself four years ago. He opted to use cedar in its frame as he explained that wood is slow to rot. The waterproof skin he used is the now common chopped strand fiberglass that can be purchased in Mayo. 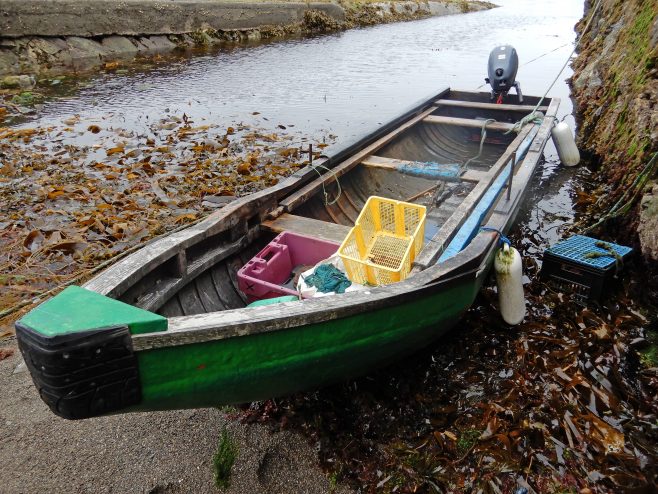 On this particular day, Michael had caught wrasse (known locally as gunner), ling, crab and conger eel. Once Michael tied up his currach, he very kindly invited me up to his house for a cup of tea so we could talk some more. 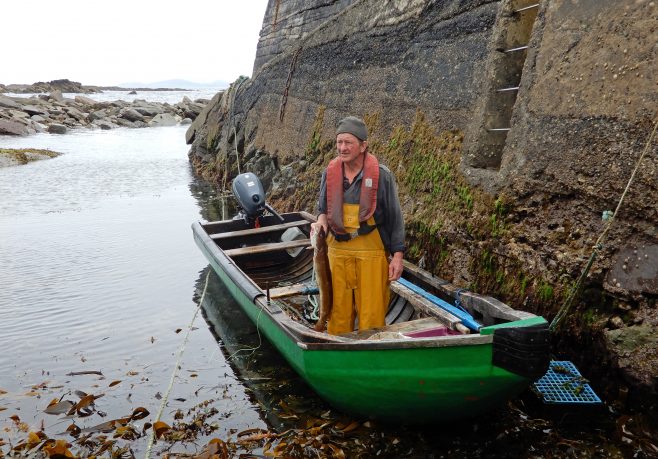 Michael Gallagher returns from fishing off Port an Chuaille, Clare Island. Michael is holding a ling in a currach he built himself. © National Museum of Ireland.

Michael’s boat-building skills were also on display in his house. He makes beautiful models of currachs during the long winter months, a pastime of many boat-builders. 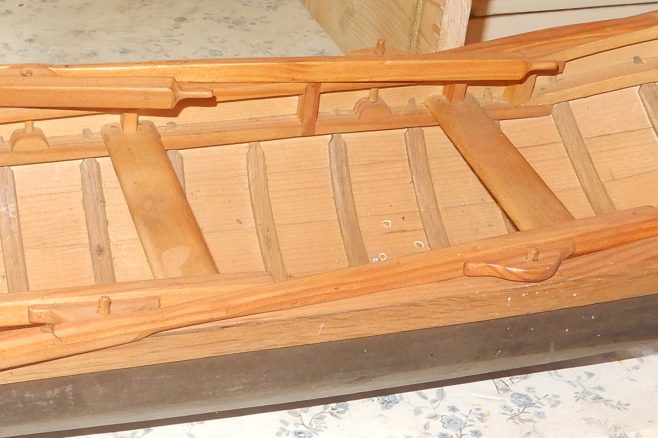 Detail from one of Michael Gallagher’s model currachs. © National Museum of Ireland.

In another building, an 11 foot 9 inch wood, canvas and tar currach Michael had started building in the winter of 2006 and finished in 2007 was being stored. Michael builds his currachs one off the other which ensures a particular design is maintained. I was very fortunate to spend the afternoon with Michael where I was treated to stories of boat-building and fishing, stories of emigration and return to his native Clare Island, cups of tea, brown bread and even a tune on the accordion.

My thanks to Michael Gallagher for his time and hospitality.