You are here: HomenextExplore our archivenextTopicsnextTraditional Boats of Ireland’s Wild Atlantic WaynextThe hand line - if it's not broken, don't fix it

The hand line - if it's not broken, don't fix it

While working in the stores of the Irish Folklife collection recently, I came across a fishing hand line that was acquired by the National Museum of Ireland in 1928. It did not look familiar and a check of our object database told me that in my almost twenty years working on the collection, I had not worked on this particular object. One of the main attractions of the Folklife collection is that the vast majority of the objects have a recorded human story attached to them. 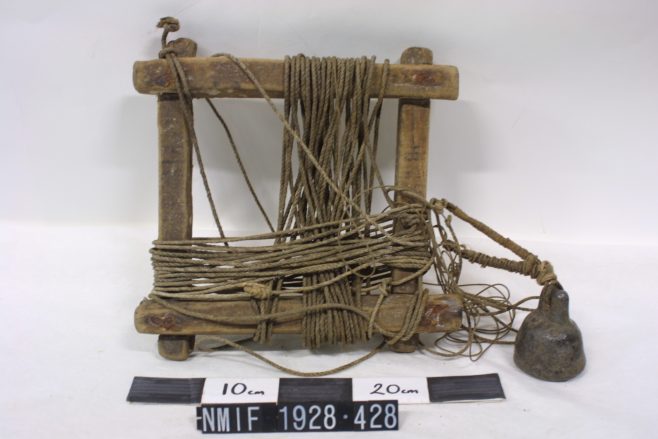 This 9 inch wide hand line with lead sinkers was used by locals on the Aran Islands to catch bream and mackerel. Baited hooks were tied to the fishing line and a lead weight was attached too. It was purchased through Captain Senan Meskell in 1928. Captain Meskell worked for the Galway Bay Steamboat Company and in 1912 he took command of the SS Dún Aengus. The SS Dún Aengus was a steamship that carried passengers and supplies between Galway city and the Aran Islands and Ballyvaughan. Captain Meskell was well respected among fishermen and those living on the islands and he had a great interest in local maritime history.

The Aran Islands hand line had initially caught my eye because I had seen two almost identical ones this year in the currach of Michael J. O’Toole on Inishturk. Michael told me then that he catches mackerel and pollack on his hand lines, confirmation that the simple design remains as effective as it was one hundred years ago. 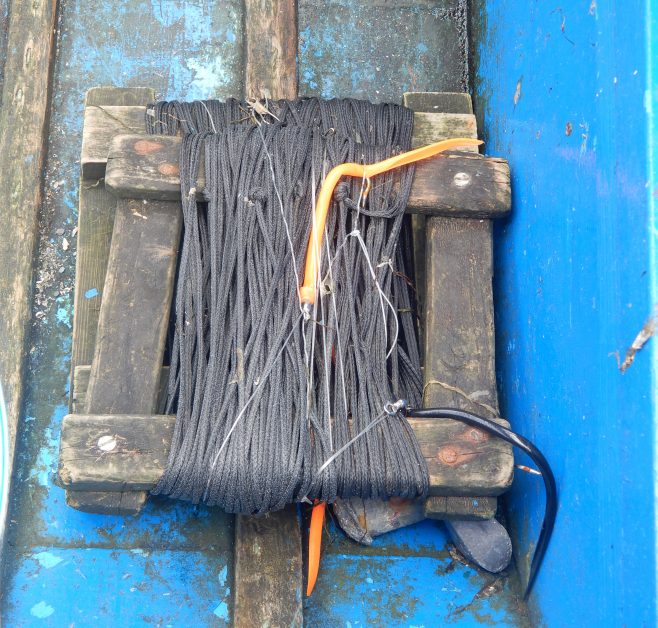 Evidence that the design of the hand line has remained almost unchanged for at least two hundred years can be found in Wallop Brabazon’s, The Deep Sea and Coast Fisheries of Ireland, With Suggestions for the Working of a Fishing Company (Dublin: J. McGlashan; et al., 1848). Brabazon’s sketch of a ‘Reel for rolling Line on’ shows the same four-piece, wooden frame on which line for catching mackerel is wound. 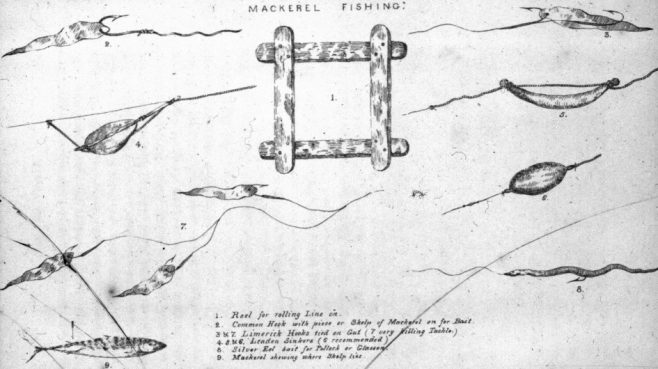 My thanks to Derrick Hambleton for information on Captain Senan Meskell.