The success of Skibbereen rowers Paul O’Donovan and Fintan McCarthy at the Tokyo Olympics was celebrated across Ireland and quite rightly received extra cheer in their home county of Cork. The sport of rowing is strong in Cork with numerous clubs located across both the county and city. Nestled between two of those city-based clubs along the south bank of the River Lee is an alternative rowing club that I recently had the pleasure of visiting.

The Naomhóga Chorcaí currach rowing club aims to promote an appreciation of the culture of traditional boats in Ireland. After a few hours rowing with and talking to club members, it was clear to me that the club achieves much more. 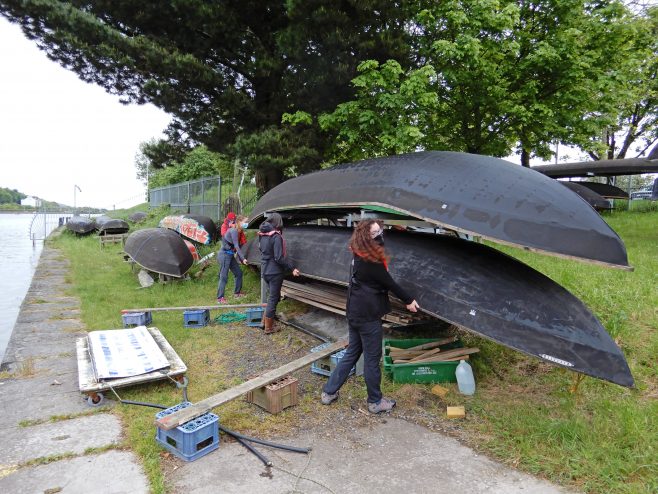 Naomhóga Chorcaí volunteers prepare a currach for the water. © National Museum of Ireland.

Just before 7am on a Thursday morning, members began to arrive at the club’s base at Shandon Boat Club on the Marina. Ten members turned up for the early morning row and in a friendly atmosphere, they quickly went about readying currachs from their collection. The naomhóg is a working currach associated with the south west coast of Ireland. Like many currachs today, it is now largely used for leisure rowing. The club owns twenty boats that include eight naomhóga and other currach types from the Aran Islands and Donegal. 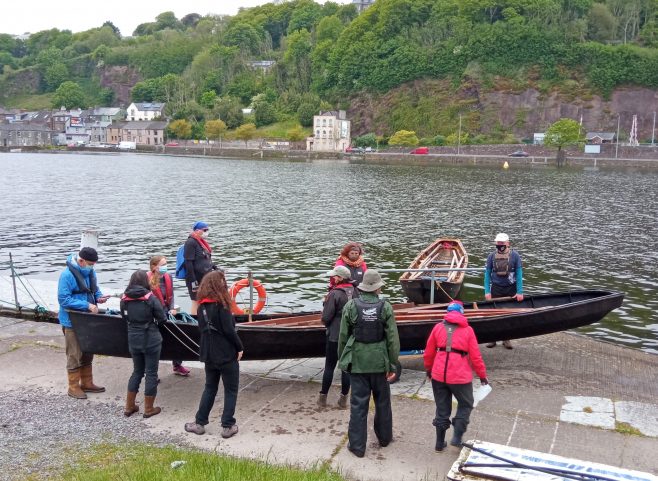 We took three of their currachs out for a row along the Marina to Blackrock Castle Observatory and back, a round trip of almost 6 kilometres. I rowed with Shane Murphy, captain of Naomhóga Chorcaí and used our time in the confines of the boat to find out more about the club. The club began in 1992 and grew in partnership with its sister organisation Meitheal Mara, under the leadership of traditional boatbuilder Pádraig Ó Duinnín. Meitheal Mara is a community boatyard in the centre of Cork city. I also visited Meitheal Mara and will write more on that again. 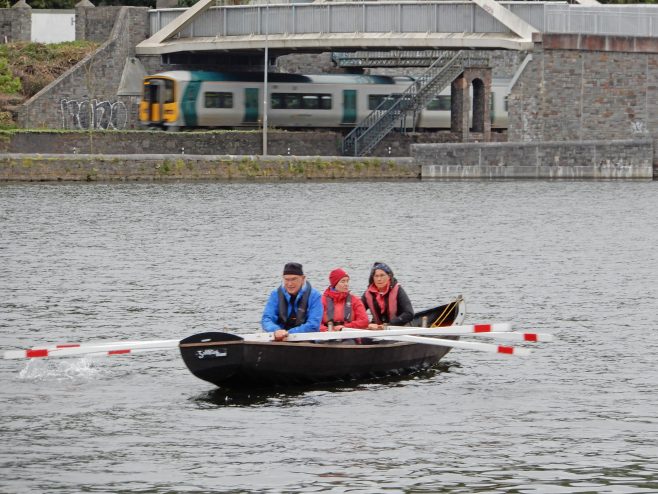 Shane believes that though Cork does not have as strong a boat tradition as the west coast, locals and visitors responded and swelled the club’s weekly public walk-in rowing sessions. At its height, the club boasted a membership of 300 people who were attracted to the relaxed atmosphere, fun and beagáinín Gaeilge (little bit of Irish language). 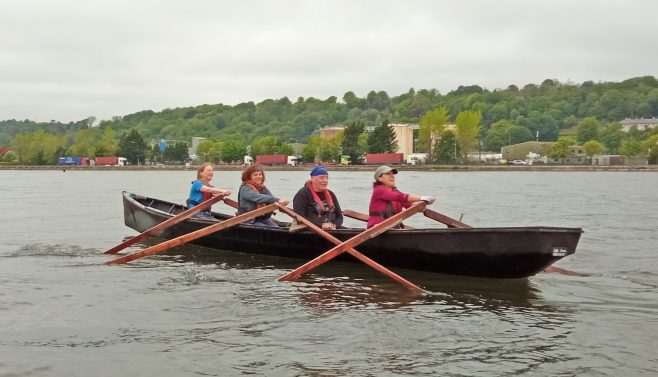 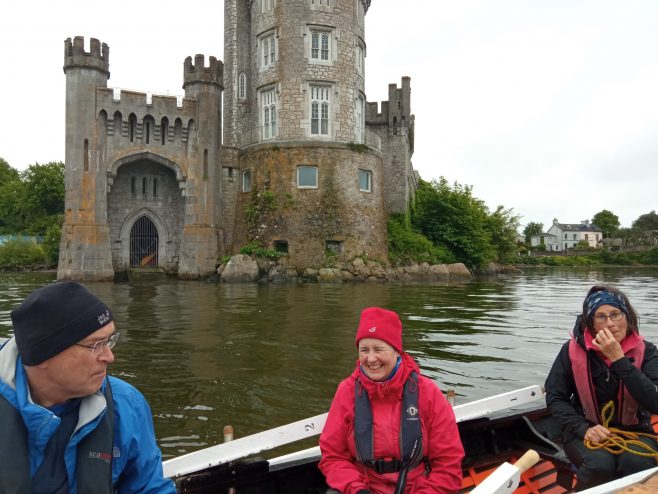 After a short break at Blackrock Castle Observatory to catch our breath, we rowed our way back toward the city centre. Back at the club’s headquarters, everyone remained to ensure the currachs were taken out of the water and stored safely. Over a cup of post-row coffee, I got a chance to talk to other club members. Claire Ní Mhuirthile spoke passionately about the community aspect of the club that was evident that morning. The club ethos, Claire told me, is le chéile (togetherness) in every way. 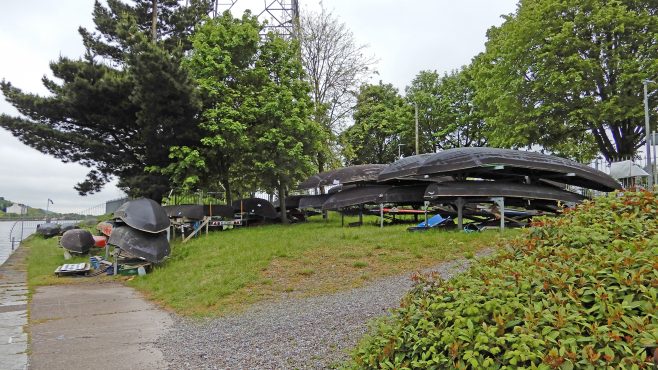 Naomhóga Chorcaí is playing such an important role in the preservation and revival of the traditional currach in Ireland. The club is proving that the currach itself can play an important role in our communities by bringing people of all backgrounds and abilities together and by instilling in many a sense of pride in our past.

My thanks to John Tynan, secretary, Shane Murphy, captain, and all the members of Naomhóga Chorcaí.