You are here: HomenextExplore our archivenextTopicsnextTraditional Boats of Ireland’s Wild Atlantic WaynextShellfish collecting objects from the Irish Folklife collection

Now that the summer has arrived, many of you will be planning trips to our beautiful beaches. The views along our coastline are unparalleled and you would be forgiven for spending the majority of your time gazing out to sea. As you crunch over the sand to access the best vistas, take a moment to look down at the history under your feet.

Shells; we gathered them as children and now probably take little notice of them. It was those shells, or more accurately the contents of those shells, that sustained many communities during hard times. The Schools’ Collection, which is searchable on duchas.ie, records many accounts of starving people depending on shellfish during the Irish Famine of 1845-52. In Co. Clare, seagrass, periwinkles and limpets were picked and then boiled together over a seaweed and wood fire. The dish was considered ‘a good dinner’.¹ 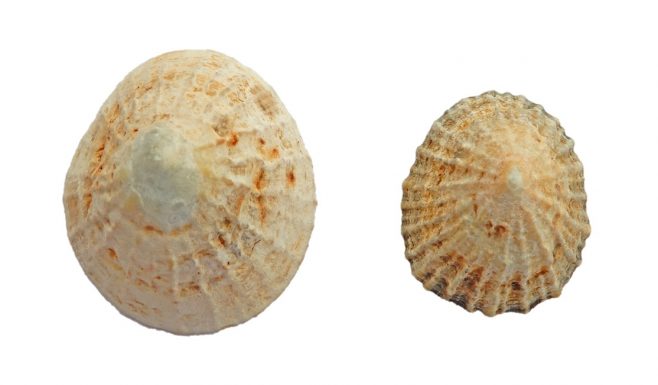 Removing limpets from the rocks they are secured to is not an easy task by hand. The shell must be prised from the rock. This was achieved by using a limpet remover. Limpet removers were homemade and usually had a simple design of a metal blade fixed to a wooden handle by rope or fabric. This limpet remover in the Irish Folklife collection from Inis Oírr (Inisheer), Co. Galway was used to gather limpets for fishing bait and it has a typical design though this particular example, called a sligheán in Irish, has a handle made from goat’s horn. 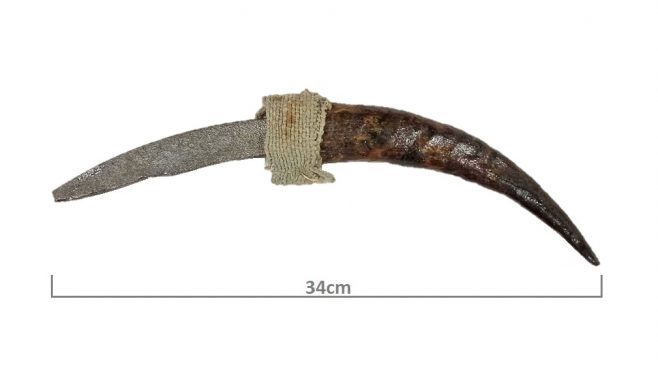 In The Shores of Connemara, Séamas Mac an Iomaire wrote that not only were limpets made into soup for those suffering a cold,² but they were also used for wrasse and seabream bait.³ Mac an Iomaire also states that scallop fishing was a great help to the poor people.⁴ 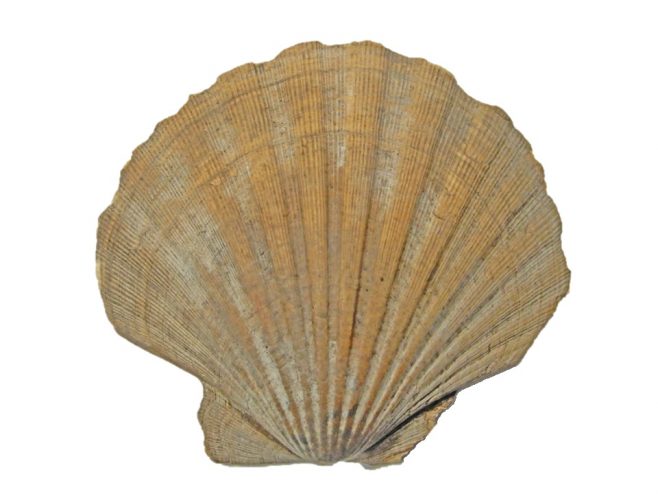 Scallop fishing required more effort than limpet picking. Scallops are caught in shallow water as they hide on the seabed or as they swim away from danger. This scallop lifter was acquired in 1935 in Tuosist, Co. Kerry and is on permanent display in the National Museum of Ireland – Country Life in Turlough Park, Castlebar, Co. Mayo.

Scallops were also gathered using a dredge. This scallop dredge from Roundstone, Co. Galway was used for scallop fishing in 8-12 fathoms of water. The base of the dredge is a flat bar to which are fixed eleven large 6cm-long teeth. The dredge is dropped into the sea teeth downwards and is then drawn along the bottom for 20 to 500 yards. The scallops are collected in the net. 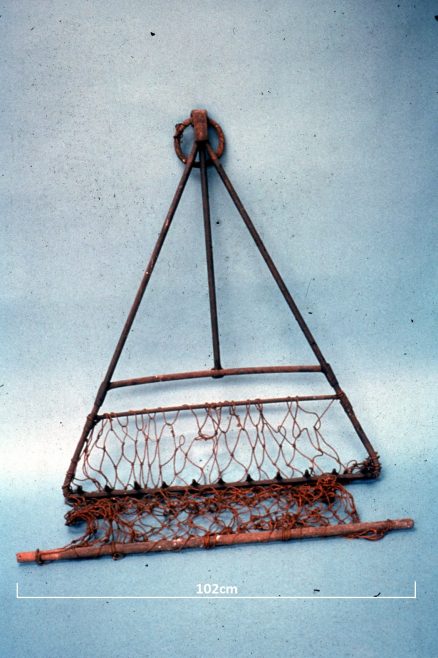 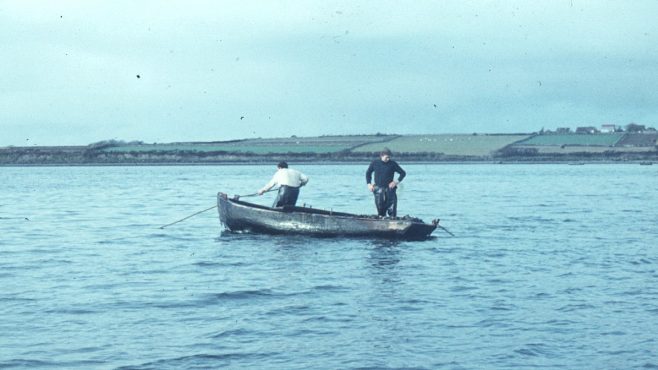 In the above image taken in 1967, brothers John and Martin Burke of Tonroe, Oranmore, Co. Galway can be seen dredging for oysters in waters outside Tyrone Bay and Dunbulcaun Bay, off Clarinbridge area, Co. Galway. The brothers would drop an anchor from the bow and row the boat backward away from it. The dredge would then be lowered to the water from the stern of the boat. One of them would pull the boat back to the anchor drop point so that the dredge would drag along behind the boat gathering up oysters. An oyster dredge from Omeath, Co. Louth is also on permanent display in the National Museum of Ireland – Country Life.