You are here: HomenextExplore our archivenextTopicsnextTraditional Boats of Ireland’s Wild Atlantic WaynextA new addition to the Irish Folklife boat collection

A new addition to the Irish Folklife boat collection

A year ago I wrote a post about the model boats in the Irish Folklife collection. We were very fortunate to have been contacted since then by a member of the public who offered to donate his model of a Galway hooker to the Museum. The model is a beautiful object in its own right, but its provenance and connection to people and place made it a perfect fit for the Irish Folklife collection.

The boat was kindly donated by Max Webster whose father, Harold, was from Blindwell, Co. Galway. Harold married Mary Clare O’Toole, a nurse from Leitir Móir (Lettermore Island), Co. Galway. Located in a district of islands known as Ceantar na nOileán on Conamara’s southern boundary, Leitir Móir and its neighbouring islands are steeped in maritime heritage.

Joe Uaiteir from Inis Bearachain, west of Leitir Móir, Co. Galway was considered one of the best boatwrights in Conamara. © National Museum of Ireland.

Mary Clare contracted tuberculosis while working in the hospital where she was employed and died when Max was seven years old. Following the passing of their mother, Max and his brother Joe were looked after by their grandmother Margaret O’Toole who lived on Leitir Móir and ran a shop on the island. She passed away in the early 1960s.

On his retirement from An Garda Síochána in 1995, Max was presented with this model of a Galway hooker by his Leitir Móir cousins. Named the Mary Clare in honour of Max’s mother, the model was made by well-known local boat builder P. Hynes specifically for the occasion. It is an impressive model measuring 120cm high, 140cm long and 35cm wide. 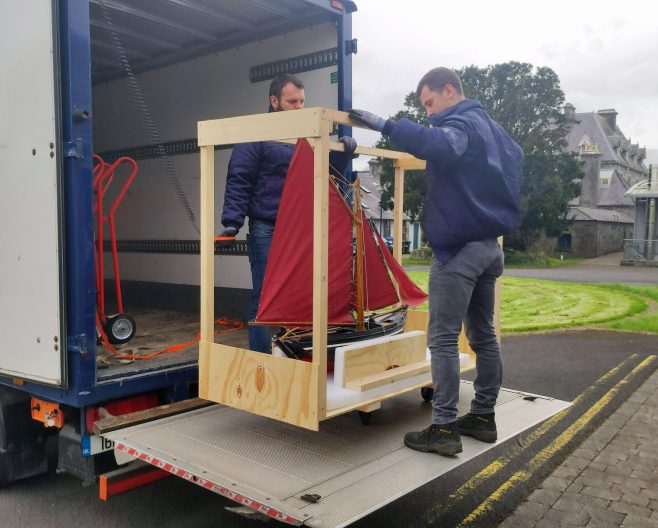 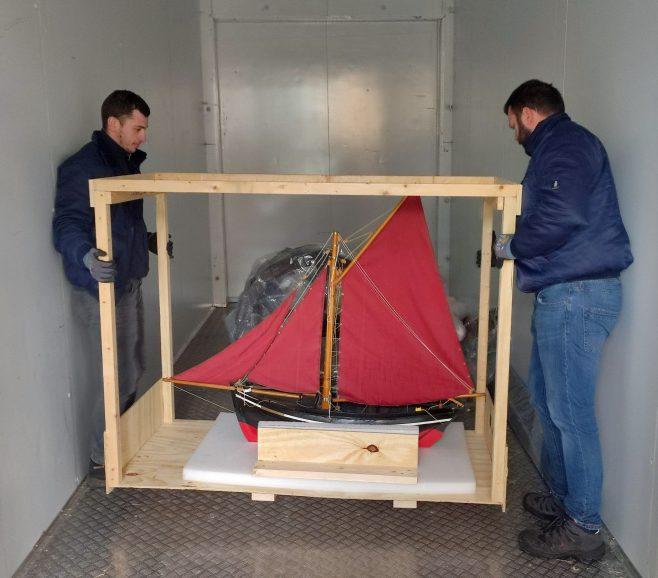 Model Galway hooker rests in the large freezer at Turlough Park before being registered. © National Museum of Ireland.

Objects entering the Museum’s storage building require assessment by our Conservation team. Objects made of organic material are usually frozen for a period of seventy-two hours to destroy any pests that may lurk within the natural material. Pests such as woodworm can do irreversible damage to untreated wood. This model is made of wood with textile sails and delicate metal detail throughout.

As with all new acquisitions, this model will be registered and assigned an individual Museum number that will stay with the object to ensure it can be identified and traced from its first day in our care. Registration staff will house the boat in permanent storage in Turlough Park and I as curator of traditional Irish boats will catalogue the model and record all available details in the Museum’s collection management database. 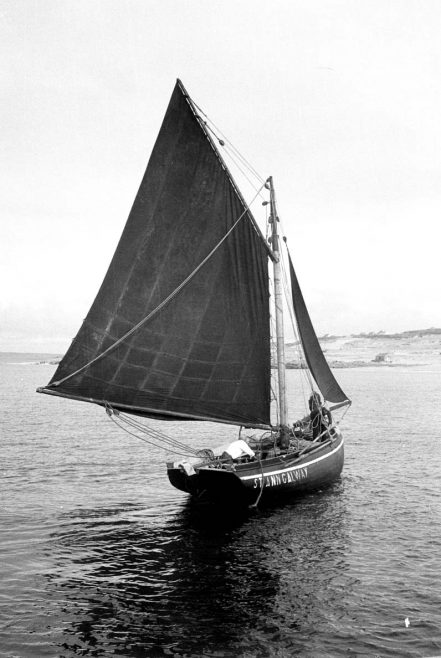 A Galway hooker leaving An Cheathrú Rua, Conamara with a load of turf. An Cheathrú Rua is located three kilometres southeast of Leitir Móir. © National Museum of Ireland.

My thanks to Max Webster and Clare Webster.