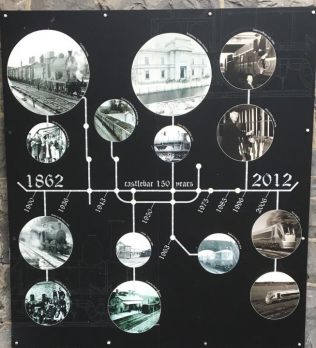 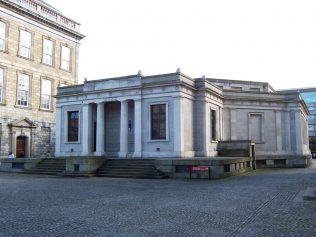 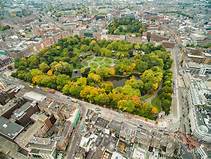 Gahan’s empathy with isolated rural craft workers was to the fore in her endeavours to assist communities from poverty.

Muriel’s grandfather Frederick Gahan was county engineer for Donegal with her grandmother a Jane Townsend.  Her father Frederick George Townsend Gahan followed in his father’s footsteps to become a civil engineer while three of his brothers became Church of Ireland clergymen.  Her father was employed by the Cavan / Leitrim Light Railway Company prior to his employment with the Congested District Board when it was established 1891. [i]

Born in October 1897 in Magherabeg, County Donegal to an English mother and a Church of Ireland, Unionist & Freemason father.  They lived at Creagh Villa (now Lough Lannagh Holiday Village)  following the family’s move to Castlebar during 1900 as the town was the H. Q. for the Congested District Board until its dissolution.  [ii]

Muriel Gahan was born in 1897 in Magherabeg just outside Donegal town to an English mother & a Church of Ireland, Unionist & Freemason father. (Brian Hoban)  [iii]

Winifred Muriel Françoise Gahan was born in Magherabeg House near Donegal town during 27th October 1897.  Her parents were Winifred (née Waters) & Fredrick George Townsend Gahan.  Her father was a civil engineer with the Congested Districts Board.  Her mother was originally from Cambridgeshire also had been employed as a governess.  She had at least one sister & four brothers. [iv]