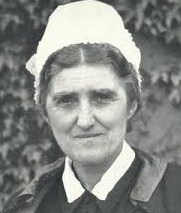 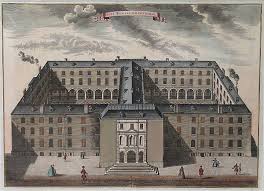 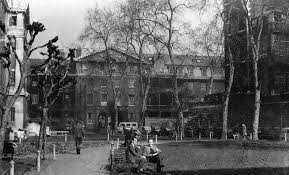 Emily Mc Manus’s work in war-time Britain has been appreciated by families of those she nursed.  Her workload has also been a testament to her caring nature during both World Wars.  She was a dedicated nurse who treated her patients equally with concern & care.  She was the fourteenth Matron of Guy’s Hospital, London also longest running Head of Nursing.  An O.B.E. & C.B.E. was awarded to Matron Emily Mc Manus for services rendered by the British Government. (April 2013)[i]

Emily Elvira Primrose was born during 1886 in London.  Her mother was Charlotte & father James Mc Manus of Killedan, Kiltimagh, Co. Mayo who emigrated to Sussex, England during the Land Agitation.  Her father instilled in her that ‘Killedan would always be her home no matter where she lived.’  [ii]

James Mc Manus had an uncle who managed a sugar plantation in British Guinea where he possibly met the Reverend Leonard Strong who was a church missionary who held an Estate of nine hundred & twenty-six acres in the parishes of Bohola & Killedan during the mid-nineteenth century.  He bequeathed the Killedan property to his son-in-law James Mac Manus during 1853.  This James (Emily’s Grandfather) married his daughter Charlotte Strong. The family home Killedan had originally been the in the property of the Taffe Family. [iii]

Emily Mc Manus began her training at Guy’s Hospital aged twenty-two years during 1908.  At the beginning of WW1 during the Spring months of 1915 she travelled to France as a nursing reserve sister at Etaples where she spent three years.  Following her return from duty she worked at Guy’s Hospital.  She was later appointed matron of Bristol Royal Infirmary prior to returning to Guy’s Hospital as matron with a staff of eight hundred during 1927 until her retirement during 1946.  She travelled to several meetings while retired. [iv]

Emily Mc Manus was elected to the Nursing Council of London for a period of five years.

Emily McManus built a lakeside dwelling at Terrybaun, Pontoon as her beloved Killedan was closed when she retired to Ireland.  She was a regular figure in her Morris minor around the narrow roads also a friendly person: with her upper class accent & tweed outfits she enchanted all whom she encountered!  She loved birds; or to fish on nearby Pontoon lake, she competed in the Castlebar &  District Trout Anglers Annual fishing competition on Lough Conn during June 1947.  She delivered a talk on her ‘Caribbean Journey’ also her celebration of the Persian New Year at Tehran to members of the Mayo Historical Society at the Vocational School Castlebar during 1960.  On May 23rd 1966 Emily Mc Manus appeared as a ‘castaway‘ on the BBC Programme Desert Island Discs!  During 1967 Emily McManus recounted her war-time experiences; also she appealed for more financial assistance at the A G M of the Mayo branch of the National Council for the Blind in the Welcome Inn Hotel, Castlebar.  She loved to read especially the war poets.  Unusually she had a passion for the goats she reared at her home!  [v]

In her memoirs Fifty Years of Nursing-Matron of Guy’s  (published during 1956 with a preface by her cousin L.A.G. Strong)   Emily Mc Manus discussed various anecdotes of the war years &  events in France & The Blitz in London in 1940 also the evacuation of Guy’s Hospital.  She mentioned the responsibility of nurses to create homeliness in the ‘ midst of the mud and blood, dust and death, in which they spend most of their days’  also the troops who marched to the battle front then returned as invalids, the Australian Band Members who perished when their hut got a direct hit.  Publication included several photographs of France during W.W.1. also the Red Cross Ambulances wading through mud, a makeshift operating table with surgeons also rows of invalided soldiers. [vi]

It wasn’t only officers & soldiers who used ‘lifting‘ as a way of getting round behind the lines in wartime France. Nurses did it too.  A woman who later became matron at Guy’s Hospital, Miss Mc Manus, did a lot of lifting on her days off:  ‘Another sister and I decided to ‘lorry-hop’ forward, to see one of the recently released French villages that had been in German occupation during the whole war. Luck was with us, for a staff car passed and kindly gave us a lift…. They set us down with good wishes and we took a left hand turn. Soon a lorry came along and we were speeding on the road once more ….’  from the writings of Emily Mc Manus) (12th December 2016)  [vii]

Emily Mc Manus had one request prior to her demise: ‘that locks of her hair be cut off and entwined through the branches of shrubs and trees around Killedan. So, come Spring birds would use the wisps to build and upholster their nests.’  viii]

Emily McManus’s Authorship is discussed favourably in an article in The Tablet  by Letitia Fairfield on October 20th 1956 at this link:  www.archive.thetablet.co.uk

A permanent mini museum for Guy’s Hospital, London that celebrates the institution’s colourful & innovative past with exhibits, photos also paintings has been established with the help of £50,000 funded by Guy’s and St. Thomas’ Charity.  Press release from the museum included the following: ‘Eminent women are represented by Sarah Swift, Matron from 1900 until she became Matron-in-Chief for the British Red Cross Society in the Great War and Emily McManus, Matron from 1927 who brought her experience of World War I to bear throughout the photographed underground surgery and casualties of World War II.’   [x]

Guy’s Hospital has immortalized Emily Mc Manus with a dining room also lounge dedicated to her.  These may be viewed in their hospitality brochure, (if unable to visit the Hospital!)  [xi]

These lines from Cill Aodain Poet Terry Mc Donagh’s (Terry is great-grand Son of Bard Thady Conlon) Killedan and Nowhere Else remembers the family. (page 50 / no 21)  This enjoyable publication has the most amazing artwork throughout its leaves by the wonderful Sally Mc Kenna.

This article was based on a broadcast Tom Rowley produced for Sunday Miscellany on RTE Radio 1 during November 2013 from this site: https://womensmuseumofireland.ie/articles/emily-mcmanus-matron-of-guy-s

Publications or articles that reference this amazing matron are among the following:

Tom Rowley is continuing his research into the life of the late Emily MacManus. He would welcome any information relating to her remarkable life, including memories, photographs, articles or any other material that may be of interest. He can be contacted at:tomjmrowley@gmail.com or by post at ‘Abhaile’ Palmer Road, Rush, Co Dublin.